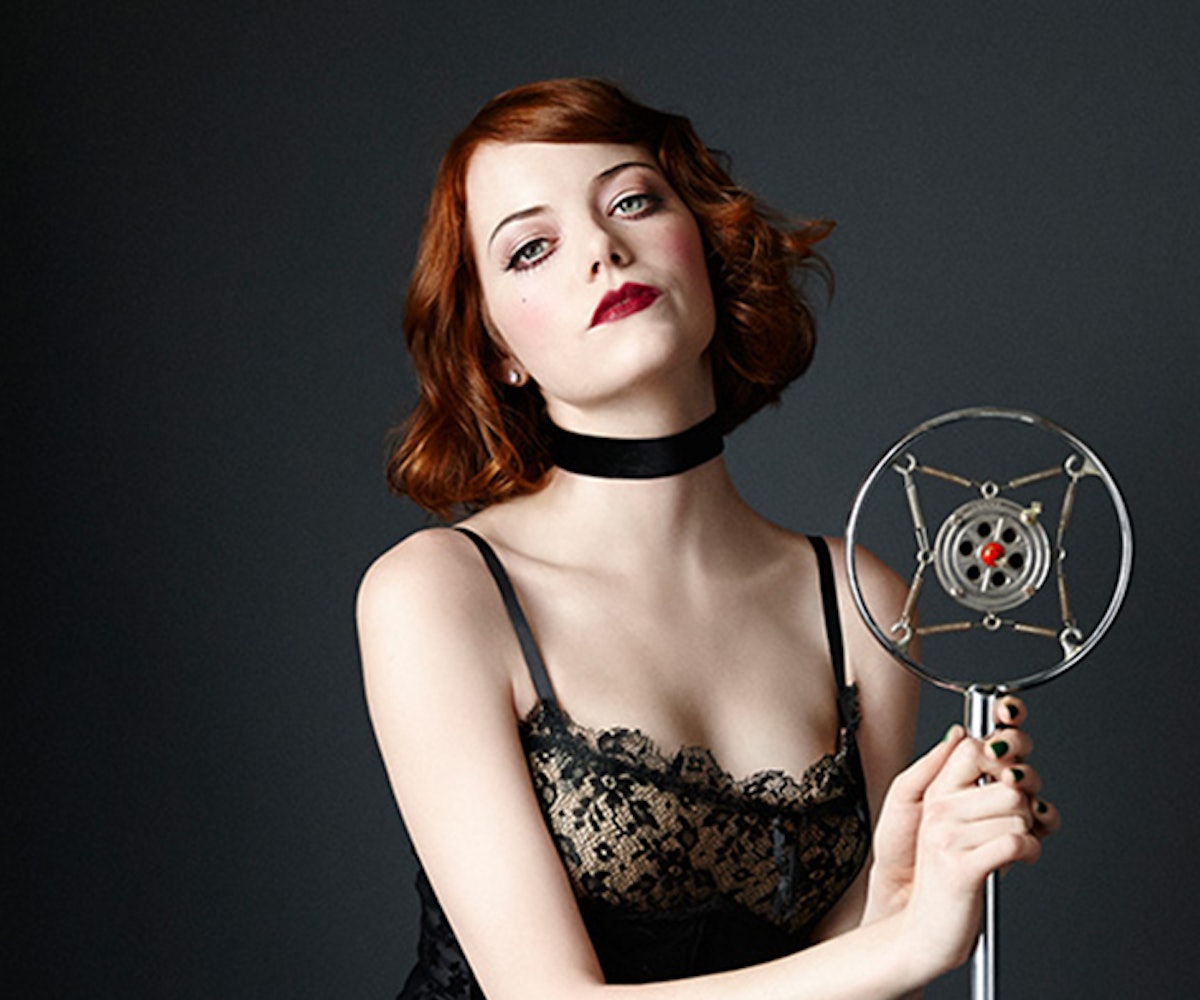 Until recently, the term "Broadway" might have conjured up ideas of retired actors reinventing themselves as characters from classic storylines in front of thousands of tourists. These days, we're finding some of our favorite It Girls (Leighton Meester, Tavi Gevinson), and the ultimate dudes (James Franco, Michael Cera) on New York City's biggest theater stages.

In August we also found out that everybody's best friend and major funny girl Emma Stone was in talks to join other NYLON faves on the Broadway scene. Today (thanks to EW), we finally get to see a first look at the redheaded starlet, transformed into Cabaret's Sally Bowles.

Since the musical is set in the 1930s, it's no surprise that Stone channels the sultry flapper-style of that era (her character is a British club singer) complete with rouged cheeks, lower lid mascara, and an artificial beauty mark. Not to mention her scandalous lacy body suit and lingerie suspenders that will definitely have Spidey all tangled up.

Also totally unexpected is that we've fallen in love with her vintage-inspired new look.