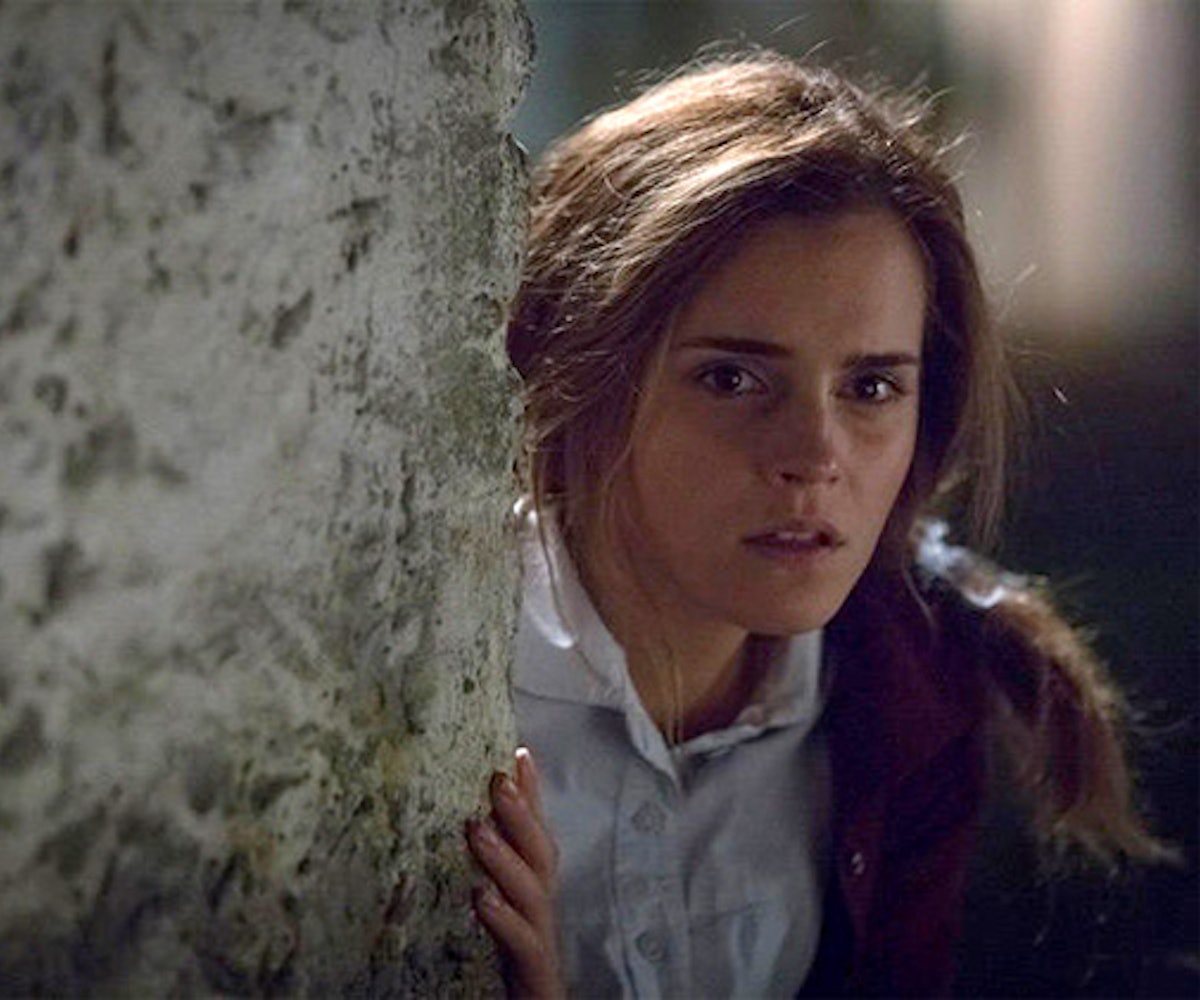 Somewhere between shooting high-profile projects like Noah and the upcoming Beauty and the Beast, Emma Watson managed to squeeze in the political thriller Colonia, where she plays a German woman searching for her abudcted boyfriend (Daniel Brühl) in the early days of Chilean dictator Augusto Pinochet's brutal regime. Watson posted the trailer to her Facebook page, which shows her infiltrating a cult in the infamous Colonia Dignidad, which was a secretive colony that Pinochet's government actually used to imprison and torture political dissidents. The movie marks refreshing twist on the traditional damsel-in-distress narrative that Hollywood is way too fond of.

Colonia doesn't have a release date yet, but it just premiered at the Toronto International Film Festival so you can expect that to change.