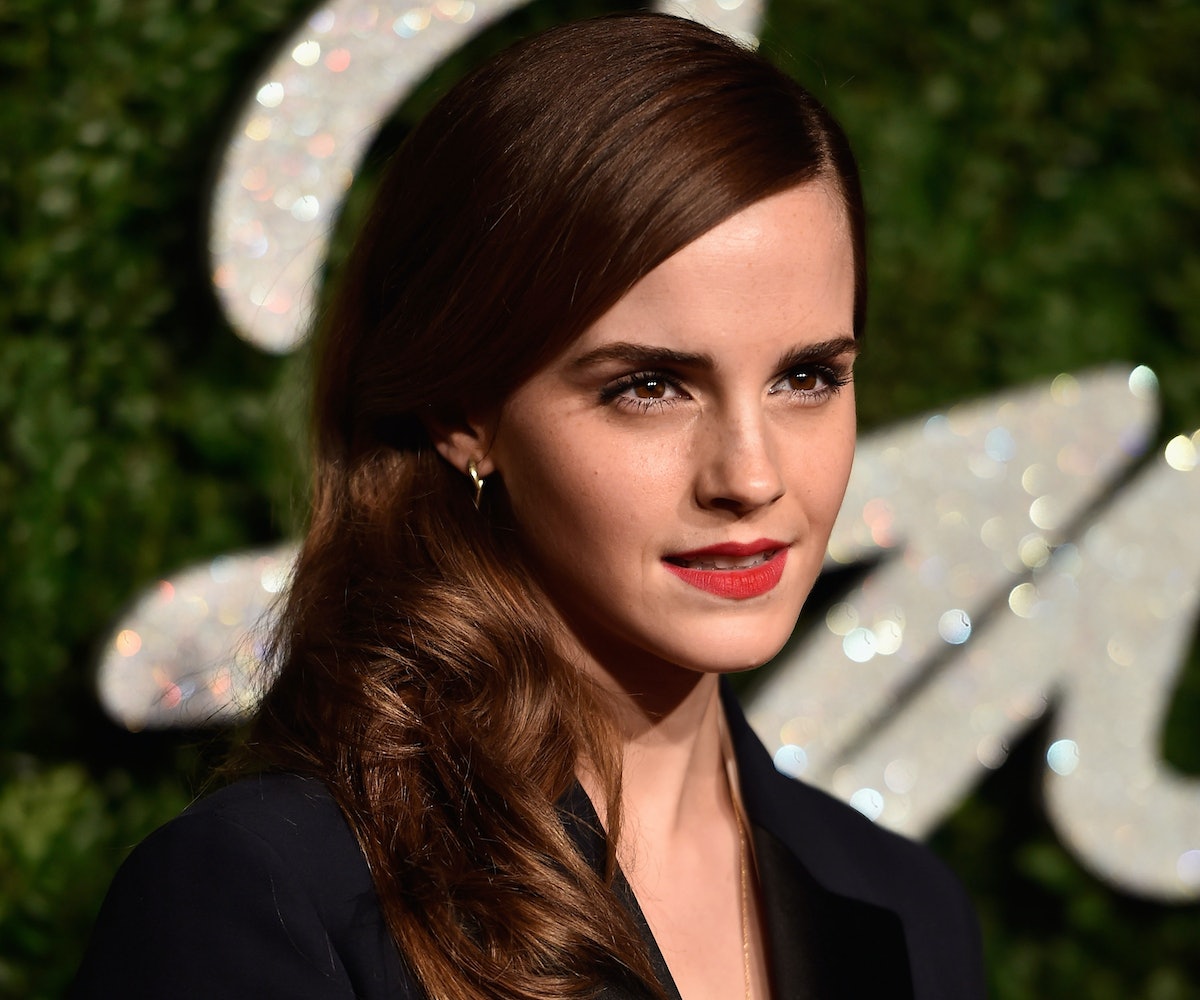 From pixie cuts to frizz balls, we've seen Emma Watson experiment with many hairstyles. This week, the actress debuted a new 'do when she arrived at a screening for the documentary The True Cost in London. Falling at chin length, Watson's tousled hair appears to have been brightened from a dark auburn-ish shade to a more golden-honey tint. Her camel coat complimented her chic cut, and stood out as a statement piece as it was worn over her midnight-blue knit jumpsuit. You could say that this haircut was done for style, but we really think it was made as an effort to cut more time into Watson's daily routine. After all, she's busy saving the world. Once again, Watson sets the bar high for sophistication. Fashion and feminism never looked better. Check out the cut in the tweet, below.