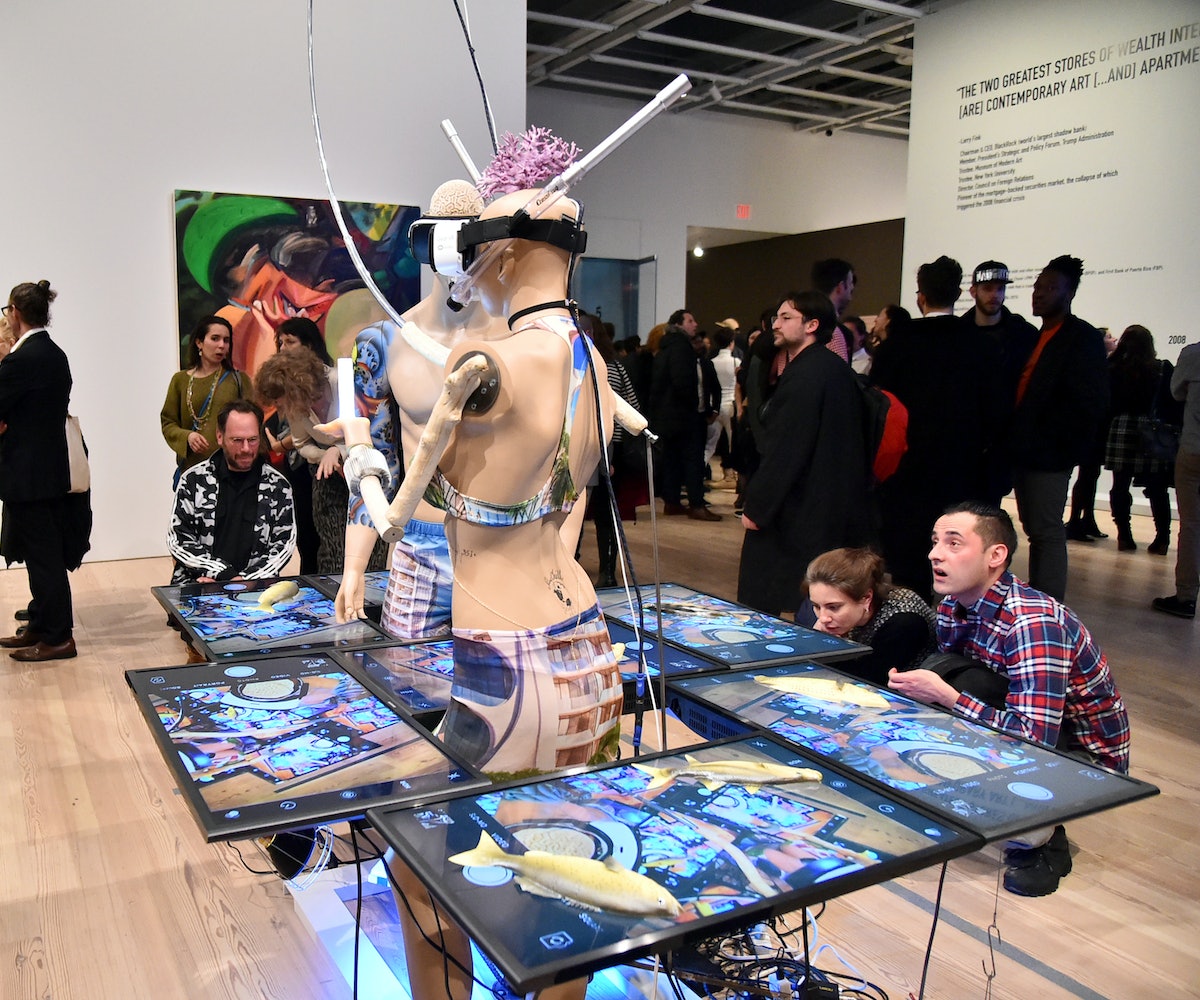 The Whitney Museum's Biennial showing has been the cause for celebration for art enthusiasts in New York. Exhibiting a diverse array of artists, curators Christopher Y. Lew and Mia Locks described the collection of arts on display as "a snapshot or barometer of the moment we’re in.” True to this moment, the showcase is now causing controversy as artists and activists flock to the museum and rally on the internet in protest of a painting of Emmett Till's body, titled Open Casket, created by (white) artist Dana Schutz. Critics of the work say the artist and the museum are exploiting black suffering for profit.

The painting which depicts the horrific death of Till, a black teenager who in 1955 who was murdered by a mob after being wrongfully accused of flirting with a white woman, sparked protests on the institute's opening celebration. Artnet reported that demonstrators blocked the view of the work until the museum closed on Friday. A collection of black artists has signed an open letter to the Whitney, asking for the painting to be destroyed. The letter, written by Berlin-based artist Hannah Black, reads as follows:

Although Schutz’s intention may be to present white shame, this shame is not correctly represented as a painting of a dead Black boy by a white artist—those non-Black artists who sincerely wish to highlight the shameful nature of white violence should first of all stop treating Black pain as raw material. The subject matter is not Schutz’s; white free speech and white creative freedom have been founded on the constraint of others, and are not natural rights. The painting must go.

Today, Lew and Locks have responded with the following statement:

The 2017 Whitney Biennial brings to light many facets of the human experience, including conditions that are painful or difficult to confront such as violence, racism, and death. Many artists in the exhibition push in on these issues, seeking empathetic connections in an especially divisive time. Dana Schutz’s painting, Open Casket (2016), is an unsettling image that speaks to the long-standing violence that has been inflicted upon African Americans. For many African Americans in particular, this image has tremendous emotional resonance. By exhibiting the painting we wanted to acknowledge the importance of this extremely consequential and solemn image in American and African-American history and the history of race relations in this country. As curators of this exhibition we believe in providing a museum platform for artists to explore these critical issues.

Schutz herself has also responded to the controversy:

I don’t know what it is like to be black in America, but I do know what it is like to be a mother. Emmett was Mamie Till’s only son. The thought of anything happening to your child is beyond comprehension. It is easy for artists to self-censor, to convince yourself to not make something before you even try. There were many reasons why I could not, should not, make this painting … (but) art can be a space for empathy, a vehicle for connection.

Understandably, the artwork will not be put up for sale following the exhibition. You can read the full letter written against the painting over here.