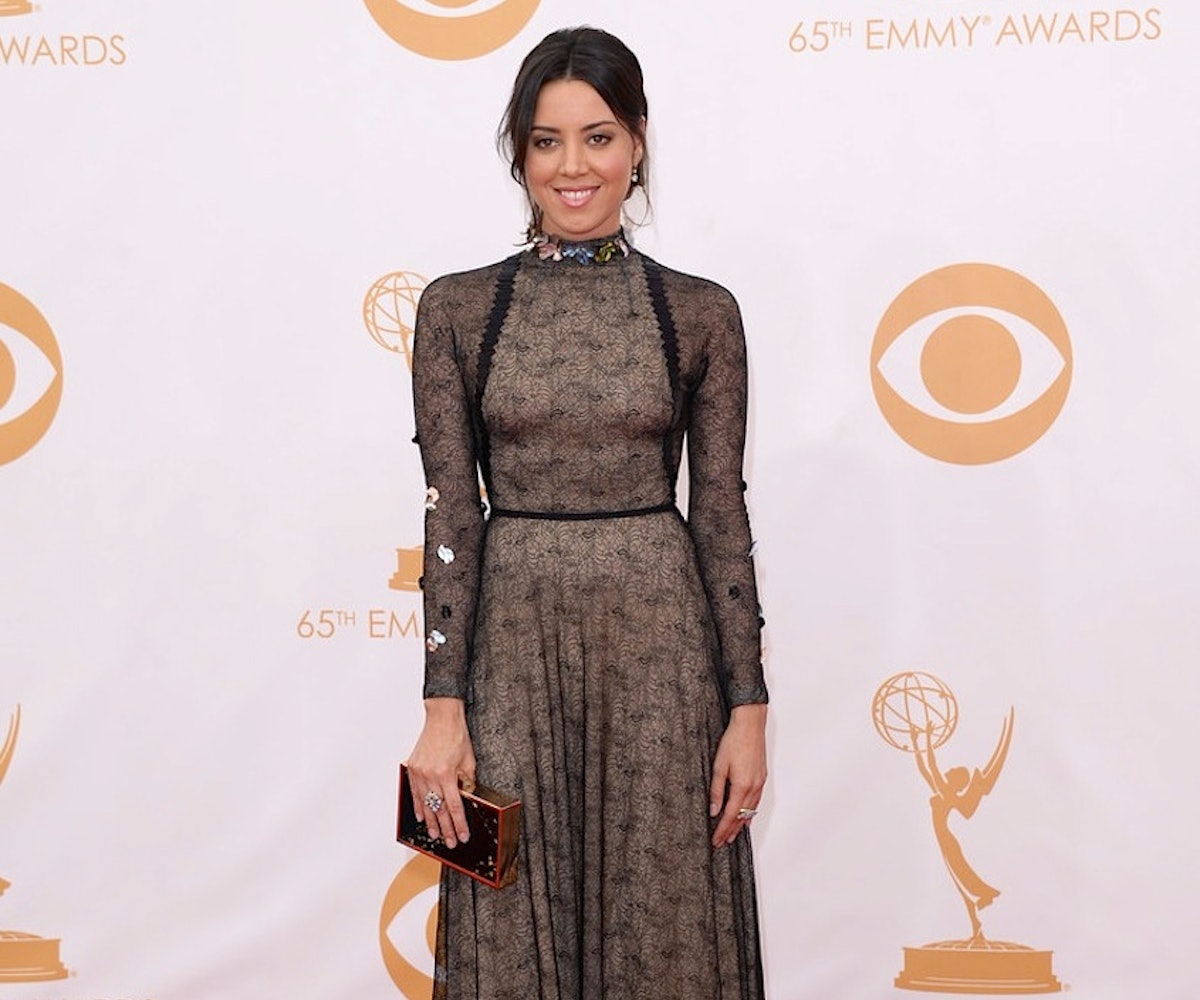 all photos by zimbio

No lie, the fact that last night's Emmy Awards coincided with the new episode of

was pretty much cruel and unusual punishment--the last thing anyone wants to do on a Sunday night is fight over the remote. But while our TV loyalty may have been strained (take a guess which show won out...), luckily we didn't have to choose between our Emmy red carpet faves.

There were slits, there were sheer insets...and there were turtleneck dresses. And somehow, everything worked. Our longheld girl crushes on Aubrey Plaza, Zosia Mamet, and Mindy Kaling are still just as strong as they always have been. But the newer guard, like Taylor Schilling in a white Thakoon gown, also seriously impressed. Oh, and the teenagers? Considering how cute Kiernan Shipka and Morgan Saylor looked their Delpozo and Honor gowns, respectively, let's just say that everyone else better watch their backs.

So, without further ado, we present to you our favorite looks from the 2013 Emmys! Scroll through them all below, and if you think we missed anyone,

NEXT UP
Culture
6 Shows To Binge Once You've Finished 'The White Lotus'
Fashion
Olivia Rodrigo Wore A Sheer Slip Dress To The 2023 Grammys
Fashion
Apple Martin Is A Chanel Girl Now
Culture
Phoebe Dynevor Will Not Return for Bridgerton Season 3
Style + Culture, delivered straight to your inbox.