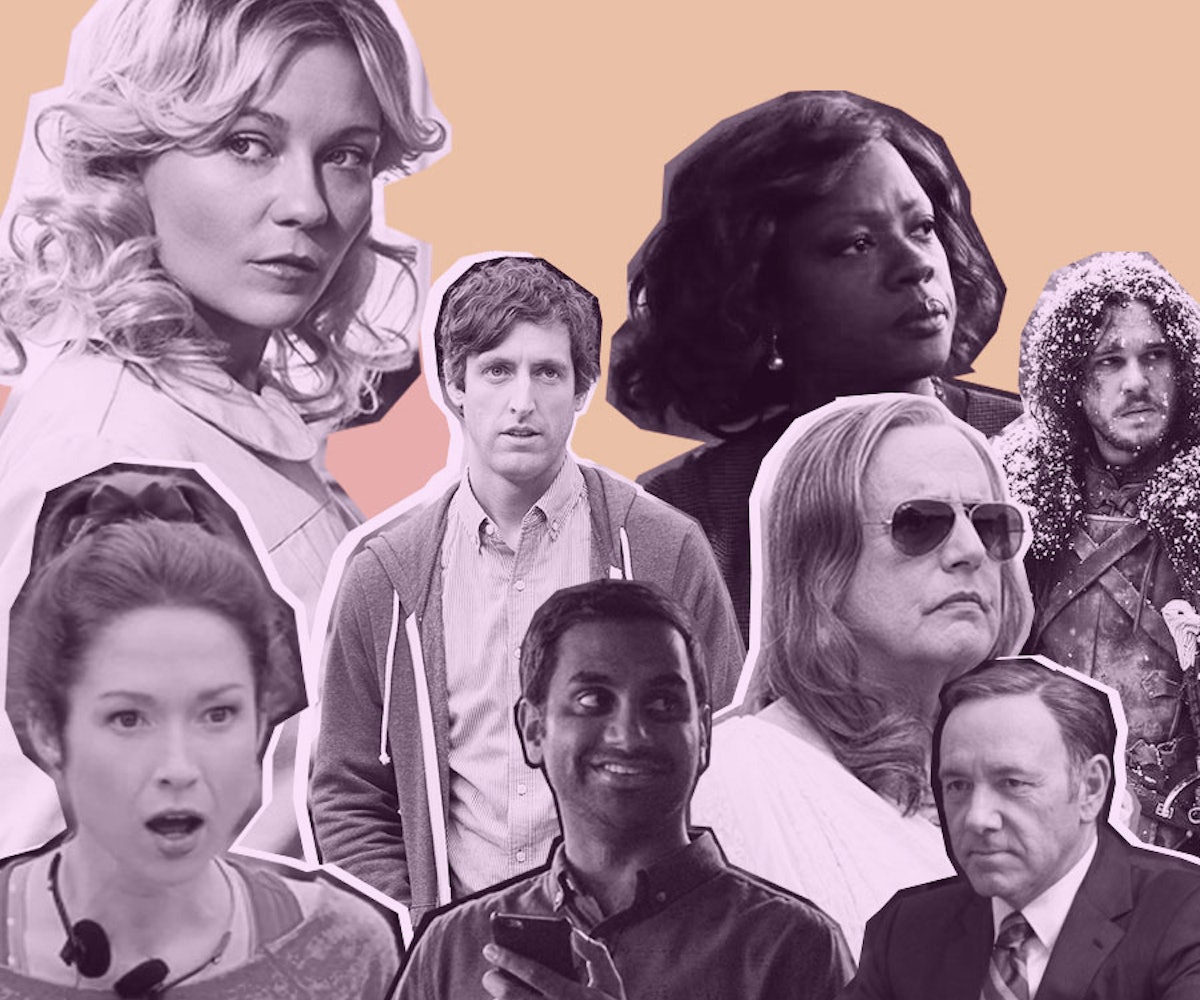 If you've been taking a television sabbatical for the past few months, it's probably time to escape the heat wave, blast the AC, and prop yourself in front of your TV. This year has brought a ton of great programming, from limited series to film-to-television adaptations. If you're not sure where to start watching, begin by streaming all of this year's Emmy-nominated shows—because, well, they diverse, and they're all brilliant.

This morning, the Television Academy announced its nominees for the 68th Primetime Emmy Awards Emmy Awards, which will be broadcast on September 18. Once again, Game of Thrones dominated with 23 nominations total. Ryan Murphy's latest, The People v. OJ Simpson: American Crime Story, followed with 22 nominations, and then Fargo with 18 nominations. New shows like Mr. Robot and Master of None also received multiple nominations. As did Beyoncé's Lemonade, which received four nominations, further emphasising the versatility of the medium and its capacity for creativity.

If this year's nominations have proved anything, it's that television is one of the greatest, most accessible artistic mediums. There's no gap between what is critically acclaimed and what the public gravitates toward, as there often is in film and music (take a look at the Oscars and the Grammys). The most talked about "blockbuster" shows of the year are superbly executed and lead the pack in terms of nominations, whereas recent blockbuster films have tended to fall flat. With that, some may argue that television is more relevant than film these days.

Lead Actor in a Drama Series

Lead Actress in a Drama Series

Viola Davis, How to Get Away With Murder

Lead Actor in a Limited Series or Movie

Bryan Cranston, All the Way

Lead Actress in a Limited Series or Movie

Lead Actor in a Comedy Series

Aziz Ansari, Master of None

Will Forte, Last Man on Earth

Lead Actress in a Comedy Series

Laurie Metcalf, Getting On

Supporting Actor in a Comedy

Supporting Actress in a Comedy

Niecy Nash, Getting On

Supporting Actor in a Drama Series

Supporting Actress in a Drama Series

Supporting Actor in a Limited Series or Movie

Supporting Actress in a Limited Series or Movie

Melissa Leo, All the Way

Comedians in Cars Getting Coffee

Dancing With the Stars

Host for a Reality or Reality-Competition

Tom Bergeron, Dancing With the Stars