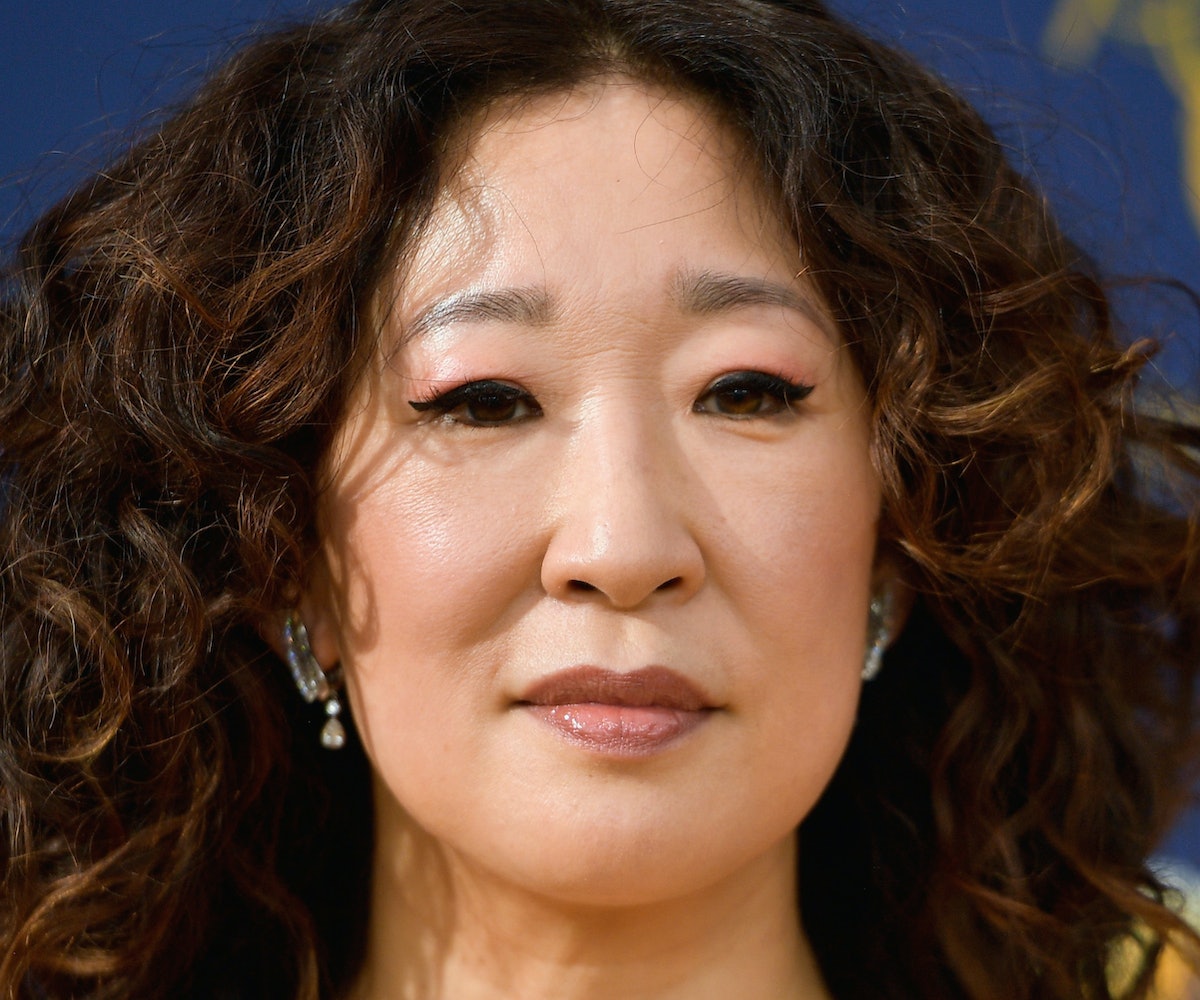 Another day, another awards ceremony that pays excessive lip service to the lofty goal of diversity. That's right, I'm talking about the 2018 Emmys.

From the show's tongue-in-cheek "diversity" open to host Michael Che's "Reparations Emmys" skit, it was a night that made a lot of on-the-nose jabs at the industry's piss-poor representation statistics. Unfortunately, the joke's on the Emmys, a legacy award that congratulates an industry that still continues to be overwhelmingly white, straight, and male.

Throughout the night, the rallying cry from the Emmys' writer room appeared to be "diversity!!!" made obvious by their efforts to incorporate a relatively diverse range of presenters. And while this year featured a record-breaking number of diverse nominees, for some reason, it took until Regina King's win for Best Lead Actress in a Limited Series or Movie—over an hour into the televised broadcast—for any POC winners to actually grace the stage. Unfortunately though, this shouldn't come as a surprise. Because although contemporary television has been lauded as the harbinger of diversity for the entertainment industry, we still have a long way to go in terms of creating television that's truly reflective of the actual American population.

At this point, I'm getting pretty tired of self-congratulatory industry awards that feel more like ads spotlighting their own diversity initiatives rather than institutions actually working toward any meaningful, lasting change. Like, is it really that hard for old-school pool of industry voters continue to award the same (white) people over and over and over again? Because while it's cool that we (finally) got the first Asian-American nominee for Lead Actress in a Drama Series, is it really progress when they spend more screentime patting themselves on the back for nominating the (very deserving) Sandra Oh than trying to right the lack of television representation for America's fastest growing population? Or even attempt a cursory nod toward the problem? Gina Rodriguez, where was your long-awaited nomination?

Not only that, but the Emmys also allowed many things that were under their control to supersede their purported emphasis on diversity and representation. After all, it was an awards ceremony that allows Jeff Daniels' horse more airtime than a single creative who could actually qualify as "diverse." An event that let Che—a recent defender of Louis C.K.'s troubling return to the stage—make #MeToo jokes about the "many talented and creative people in Hollywood who haven't been caught yet." A carefully scripted broadcast that, as Vulture's Brian Moylan noted, allowed Black Mirror to become "the first black anything to win an award tonight." An industry lynchpin that gave an award to a limited series about... another overwhelmingly white, male ceremony like the Oscars.

It kind of reminds me of a great tweet I saw once (though I, unfortunately, can't remember who wrote it), which basically went along the lines of, "white people can't even let POC have their own jokes about white people." And while it applied to cringe-y moments like Jimmy Kimmel's diversity nod, more importantly, the undercurrent of the joke was a poignant and relevant one: The oppressors always enjoy joining the oppressed's conversation, but only until it's convenient for them.

Sure, it's nice to bring awareness to the larger issue at hand, but perhaps all the effort that the Television Academy put toward showboating their "wokeness" would be put to better use quietly boosting and supporting the careers of diverse creators? Opening up their ranks in meaningful ways that will impact the industry for decades to come? Encouraging young filmmakers, producers, and actors who may not necessarily see themselves reflected in the nominees by mentoring them? Maybe come back to the white people jokes when you have more than a token nominee or two, and then we can talk.