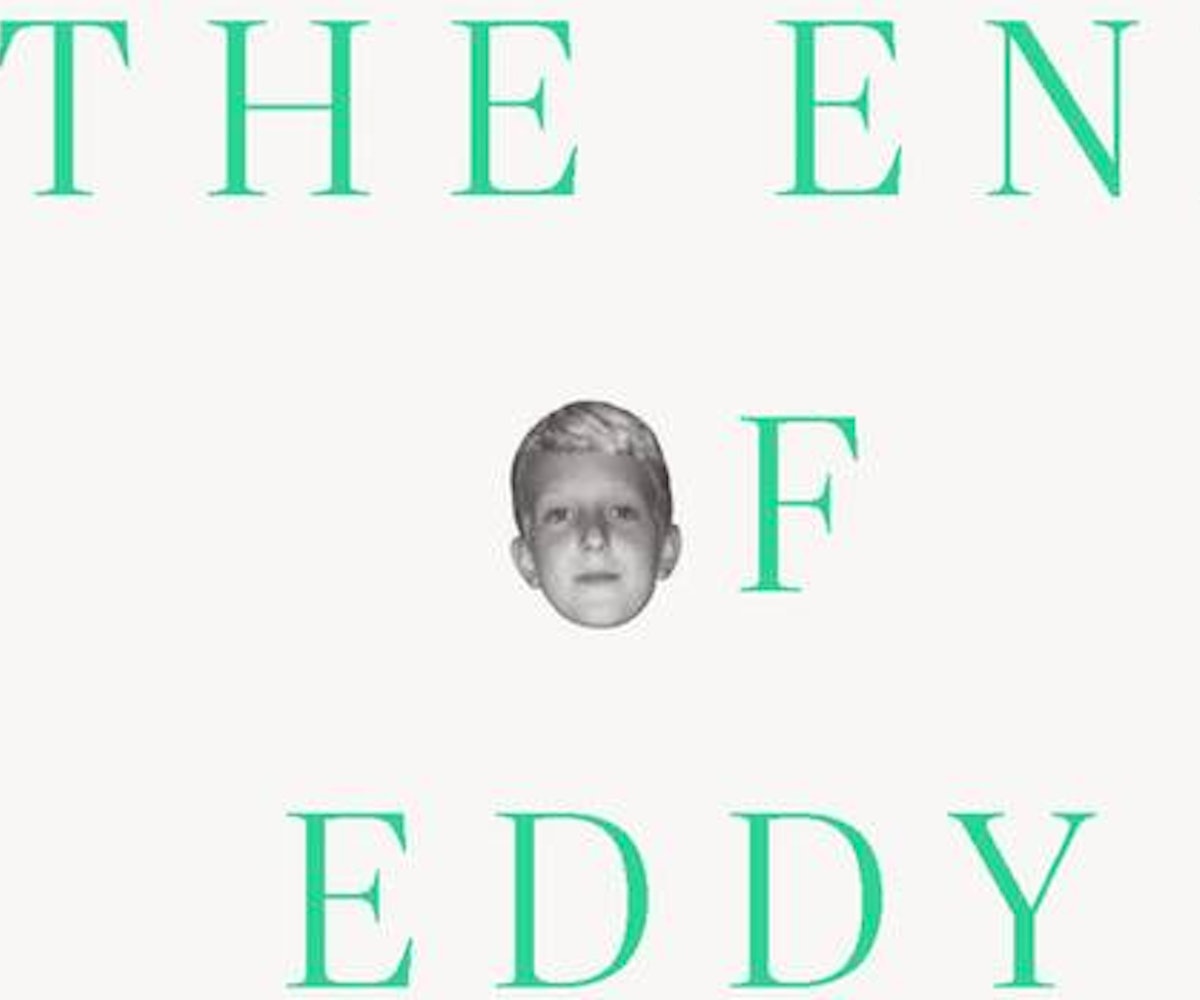 Édouard Louis’ first novel, En finir avec Eddy Bellegueule (which translates as Finishing Off Eddy Belleguele), sold 300,000 copies in his native France and made him into a literary star who knows just how to present himself in front of the camera for beseechingly vulnerable “who me?” author photos. His novel has just come out in an English translation and is called The End of Eddy, a title that doesn’t quite have the same faux-tough-guy ring as the original. Louis has written a book about being an effeminate boy who cannot pass for straight in a hardscrabble milieu where acting tough is the only thing that counts for both men and women.

Louis began writing this novel about his youth in the north of France when he was 18 years old, and when he finished it two years later, he was told by a major French publisher that no one would believe the poverty-stricken circumstances of his upbringing. According to Louis, who was born Eddy Bellegueule in 1992, the French literary establishment and bourgeoisie want to believe that extreme poverty does not exist in their country, as if it went out of fashion with the grim 19th-century novels of Émile Zola.

The End of Eddy displays the airtight certainty of youth when it comes to the way it analyzes people and situations. Louis paints a portrait of his mother as a woman who is constantly justifying the punishing limits of her life and class, in order to feel as if she actually has some power and choices when she clearly does not. The character of his father, however, is not as predictable. A proud man with a cruel streak, Eddy’s father is nonetheless capable of holding back from violence to retain his sense of honor. The saddest scenes in this novel come after Eddy’s father suffers an accident at the factory where he works and is reduced to unemployment and apathy and whole days revolving around when Wheel of Fortune will be on.

Louis does not try to flatter himself here and is unafraid to detail his honest reactions, as when his ailing father confesses his love to his son and Eddy feels “repulsed” by this because “the words had an incestuous feeling to them.” He describes how his father was often naked around the house and how this nudity was “deeply repulsive” to him, too. Similarly, when Eddy describes trying to kiss and date girls in order to seem heterosexual to his bullying peers, he relates just how repulsive this was for him without leavening this emotion with much compassion or interest in the girls themselves.

If Louis had written this book at the age of 30 or 35, it would surely be far more objective and feature more doubts about himself and about others, even his mother, who is a closed-off and Dickensian character incapable of change or reflection. Some people are like that in life, of course, but the trick in literature is to place such a flat character in opposition to a more rounded character and see how they react, or to put them in an unlikely situation, and you can’t do that if you are sticking so closely to facts as you remember them. The father is almost a rounded character, but not quite. There are times when he resembles the ever-looming nightmare father in Karl Ove Knausgaard’s  multi-book, My Struggle, but this novel is under two hundred pages and can’t compete with the epic scope of Knausgaard’s portrait.

In many ways, The End of Eddy is a strong and valuable piece of writing because it is so purely youthful and so unprotected, and because Louis has insights that might start to seem like only educated guesses as he gets older. This novel ends with Eddy’s escape from his home to a high school where he can, at last, be the person he was born to be without fear of beating and reprisal. The most telling moment in the book comes when two boys who have beaten Eddy continually at school come to see him perform in a play and shout “Bravo!” to him at curtain call, as if they are proud of him. The best sections of The End of Eddy understand that the flip side of bullying and cruelty is tenderness and curiosity, the same curiosity that Louis himself will likely gain and enlarge on as he continues his career as a writer.

NEXT UP
Life
Rachael Finley Never Got A Guide To Life, So She Wrote Her Own
Life
Joseph Osmundson on Virology, Monkeypox, Queer Intimacy
Life
Ling Ma’s Bliss Montage Is Inspired by Her Dreams, Old Notebooks, and Real Housewives
Entertainment
Nobody Is Ready for Girlpool To End — Except Maybe Girlpool