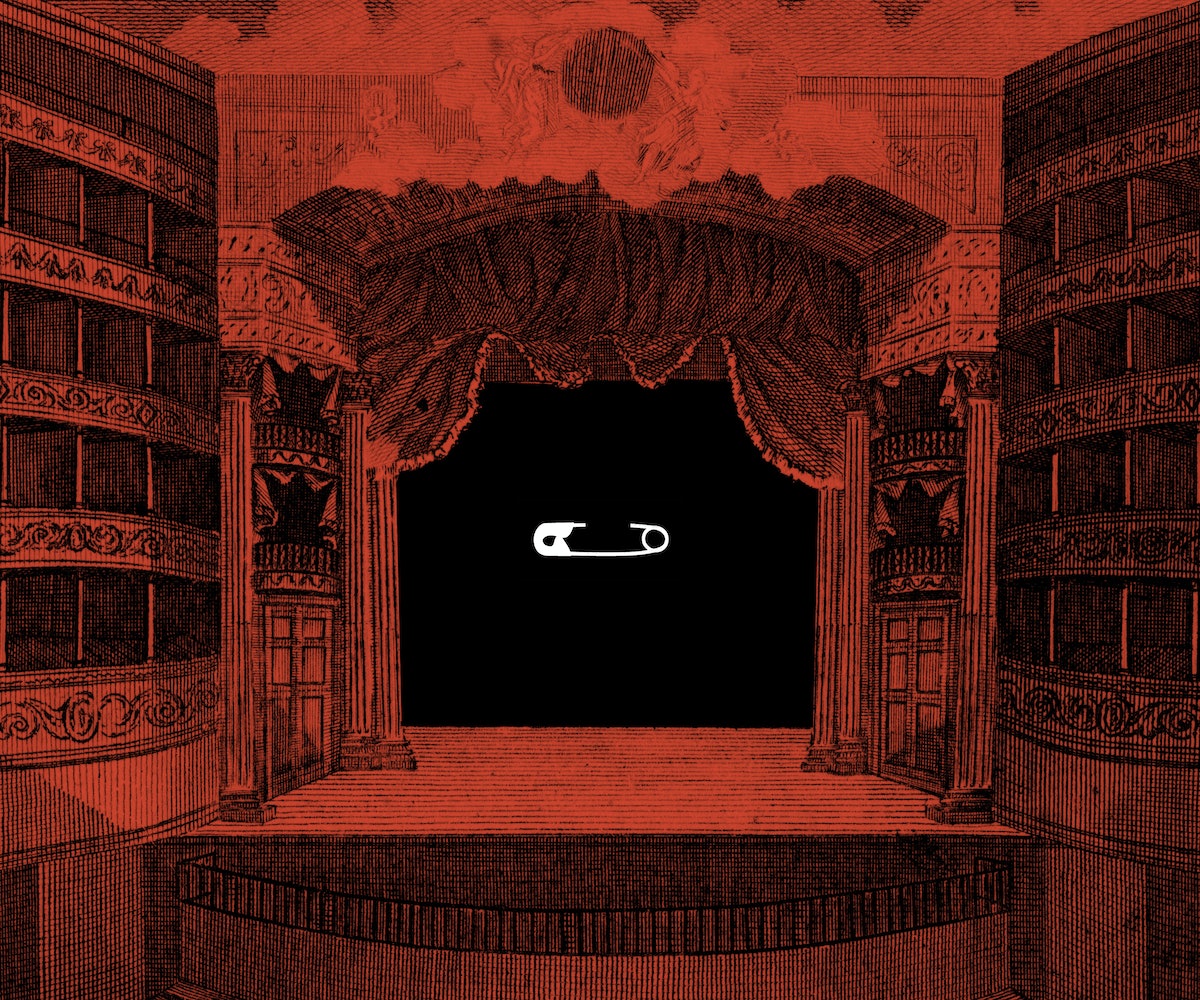 It started with the safety pins. Following the election of Donald Trump to the office of President of the United States of America last week, word quickly spread via social media that one way for people to show their solidarity with the many minority groups who are most threatened by a Trump presidency was to wear a safety pin as a symbol of safety. Or, as photographer Cass Bird put it in an Instagram post with the hashtag #saftypin [sic]:

The idea behind safety pin activism was born in the U.K. following the Brexit vote, and an attendant increase in xenophobic violence. Considering the recent rise in violent incidents following Trump's election, having a unifying symbol which indicates resistance against that violence—and oppression, in general—feels on its surface like it should be an unequivocally good thing. And yet, almost immediately, fashion slideshows about safety pin jewelry were launched and there was a disconcerting rapidity with which just about every woke celebrity (and woke person on your social media timeline) embraced this type of activism. In short, this totally innocuous (as well as doubtfully effective) type of advocacy was so instantly co-opted by the twin institutional pillars of America that are the very basis of Trump's political rise—capitalism and celebrity—that it became immediately clear that the promise of safety pin solidarity was a lie. But not just any lie; rather, it's one born out of white people's desire to perform their wokeness in an effort to shed guilt about being the beneficiaries of a system of white supremacy.

All of which is to say: Can this please be the end of performative wokeness?

Wokeness as performance (think: Matt McGorry and his uterus tattoo, or all those white people who talk about not reading books by white people) did not come into being because of Trump, but right now, it risks becoming actually damaging to the people who will need the most help during a potential Trump administration. This type of wokeness is a problem because along with its undeniable element of performativity comes a suggestion of temporality, like the advocacy has a beginning and end point, and it's the privilege of the woke person to decide where they want to draw that line.

This type of being woke is too easy. Offering hugs or feeling smug because you've learned how to overlay an image of a safety pin on your Facebook profile picture does little to no good for people who are in need. Or, as Leah Finnegan wrote in her recent Leah Letter newsletter for The Outline, "easily Instagrammable movements like wearing a little safety pin don’t do much, if anything, to assist those perceived as vulnerable. They are acts that serve to comfort those already in positions of power while further othering the people they are purporting to help." And while, obviously, some of the safety pin activists might not just be tweeting links to places to donate to, they might actually also be donating, the mere fact that they are so insistent and vocal about being the good guy negates that goodness instantly. Why? Because by figuratively waving their hands frantically in the air, begging to show off just how enlightened they are, these woke-tivists are asking for the explicit approval of the groups that have been wronged by our racist, sexist, xenophobic system. The woke-tivists are thus placing the burden on the oppressed by asking them for congratulations or forgiveness. Sometimes even literally: There's a whole lot of white women apologizing for being white women right now—as if saying sorry ever makes things any better. And as for all the people who woke-tivists are seeking affirmation from? Well, frankly, they have better things to do right now than forgive or congratulate you for not being a totally morally bankrupt asshole.

Here's the thing: If you're white, you probably should feel guilty right now. It doesn't matter if you did or didn't vote for Trump; what matters is that you're white and what matters is that you're not only benefitting from centuries of white supremacy in this country, and from institutions which afford you implicit advantages thanks to systemic racism, but you're also benefitting from being afforded the level of hubris it takes to seek forgiveness from groups of people whose oppression continues to make your life easier. Of course, you want to know that you're not one of the bad ones, that's only natural. But there's nobody out there who can absolve you from being white, no matter how woke you are. And also, all you're doing is drawing attention to yourself instead of to people in need. Rather than performing these acts of contrition and toothless advocacy, go out there and actually do something. Get involved with groups like Showing Up for Racial Justice (SURJ) or check out this amazing and ever-expanding list that Mikki Halpin compiled of ways to make a difference right now. Don't be afraid to be silent about what it is you're doing. This is not your story. It's already been your story for too long. Step back for a little while and do the work that needs to be done without feeling like your pain needs to take center stage. It doesn't, and neither do you.

The problem with performative wokeness is not that its actions are inherently wrong, it's that by loudly proclaiming over and over again that they are doing and are part of something exceptional, woke-tivists make it impossible to make normal the kind of things that should be normal, things like compassion and tolerance and goodwill and charity and progressive political action. Performative wokeness risks reducing those things into mere tropes or memes, the sort of thing that the masses will be sick of after a while, as if being moral and caring about building a healthy future for all members of society were just a trend. Much like celebrity political endorsements, performative wokeness risks alienating people who might otherwise be naturally drawn toward working for a more tolerant world—and that's the kind of tragic future that no amount of safety pins, or apologies, can fix.