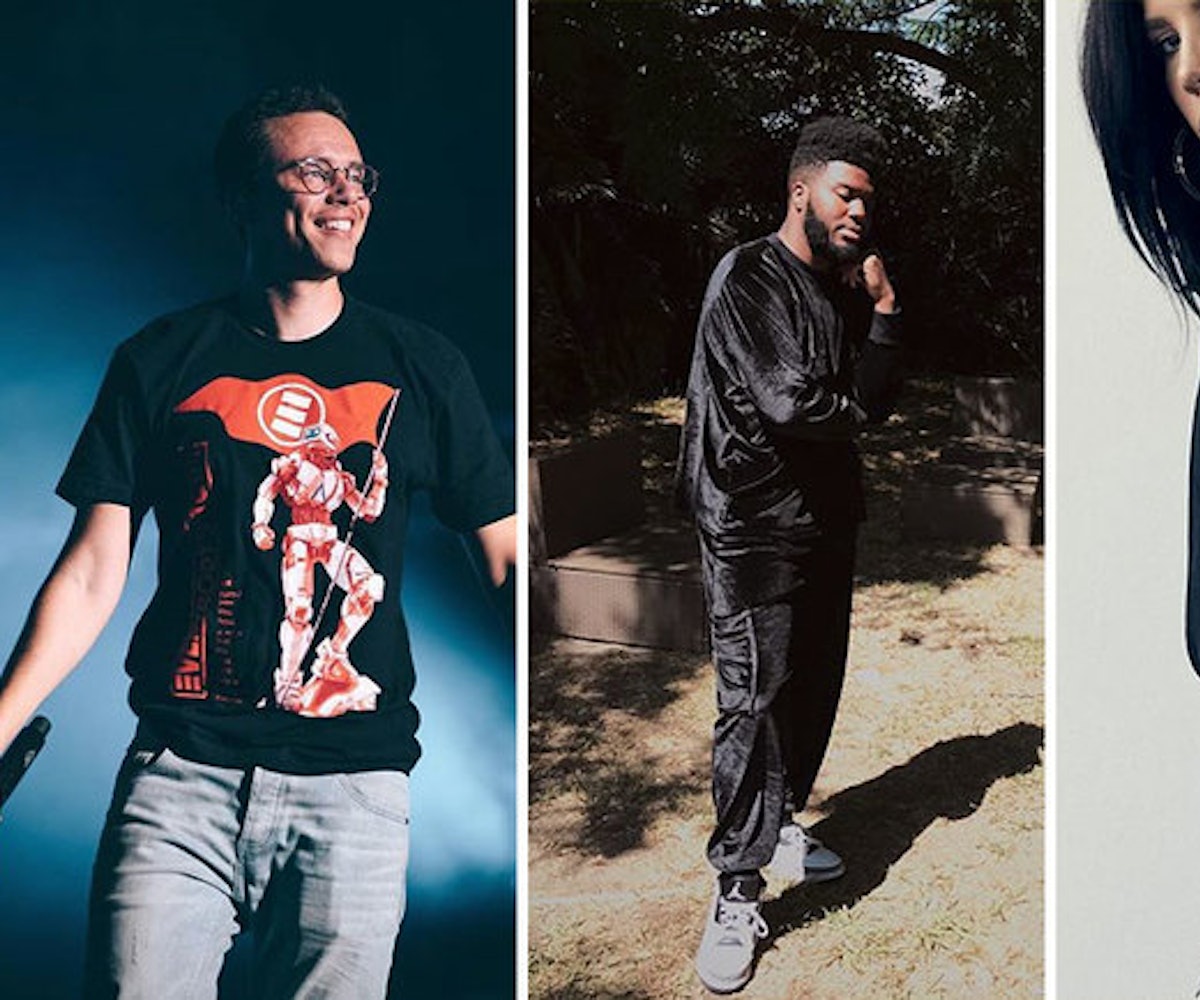 Logic, Halsey, and Khalid are some of the artists that will be coming together on World Suicide Prevention Day to combat the stigma around mental health. Together, the trio, plus countless others, will be teaming up with broadcast radio network Entercom for the "I'm Listening" campaign to bring awareness to mental health issues and suicide prevention. The two-hour, commercial-free live broadcast is slated to take place on September 10 and will feature personal stories from some of the artists, suicide prevention PSAs, on-air promos, and more. There will also be a call-in number available to viewers, to share how they've been impacted by suicide during the broadcast.

Rolling Stone reports that Passion Pit's Michael Angelakos, Alice in Chains' William DuVall, Jack Antonoff, Disturbed's David Draiman, Phantogram's Sarah Barthel, and country star Gary Allan will also take part in the broadcast, which will be hosted by Seattle-based radio DJ BJ Shea of KISW FM. The campaign announcement comes on the heels of Logic's powerful VMA performance of his single “1-800-273-8255" featuring Alessia Cara and Khalid, where he used his platform to speak out about mental health awareness.

“I just want to take a moment right now and thank you for giving me a platform to talk about something that mainstream media doesn't want to talk about,” he said on the VMA stage. “Mental health, anxiety, suicide, depression, and so much more that I talk about on this album… I don’t give a damn if you’re black, white, or any color in between; I don’t care if you’re Christian, you’re Muslim, you’re gay, you’re straight, I am going to fight for your equality because I believe that we are all born equal, but we are not treated equally, and that is why we must fight.”

Halsey has also been an active advocate for mental health awareness, having opened up about her own struggle with bipolar disorder in the past.

Listen to the live broadcast this Sunday at 10am on one of Entercom's stations or by checking out the livestream on their home page.

Find out more about the special here.

NEXT UP
Entertainment
Megan Thee Stallion Made A Website Full Of Mental Health Resources
Entertainment
Who Will Rihanna Bring To The Super Bowl?
Entertainment
The Meaning Behind Paramore's Disillusioned Anthem, "This Is Why"
Entertainment
Paramore Announces Album 'This Is Why' For February 2023