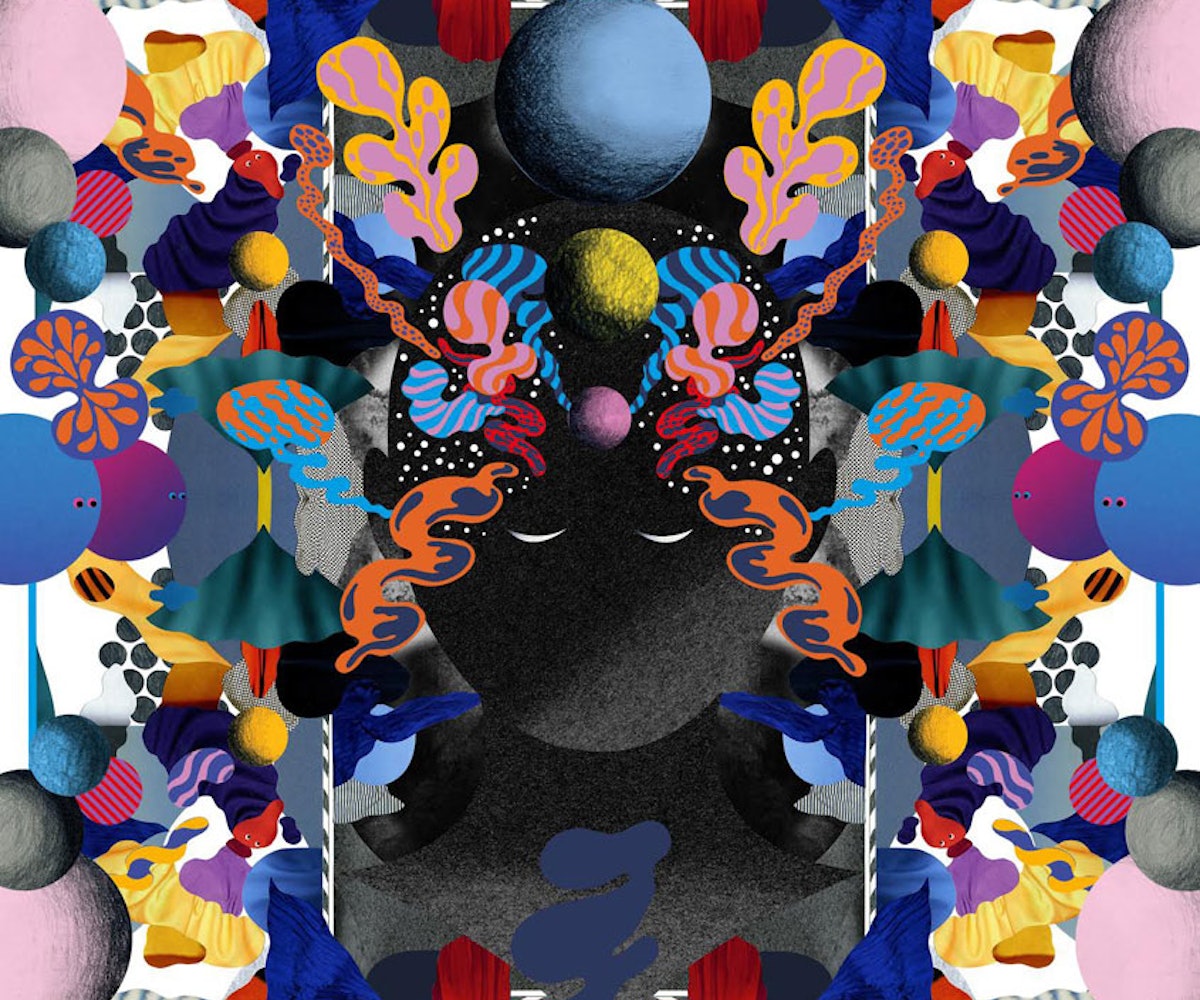 Two hours east of San Francisco, buried under stacks of reference books and research documents, lit by the glow of half a dozen computer screens, emailing professors and methamphetamine users alike, Fire and Earth Erowid are frantically growing their 20-year-old labor of love. Launched in 1995, the donor-supported Erowid.org contains dense, invaluable information about psychoactive drugs, but unless you’re a chemist, advocate, or someone who likes to trip balls, you’ve probably never heard of it. Psychoactive drugs are typically the fun ones, but often the scary and illegal ones, too. This vast encyclopedia holds photographs, toxicology reports, dosage recommendations, and other vital information on substances including, but certainly not limited to: synthetic marijuana, cocaine, DMT, LSD, GHB, MDMA, 2C-B, heroin, and crack cocaine. Erowid is a name created by Fire and Earth, which roughly means “earth wisdom,” and the site hosts more than 60,000 pages and articles, and gets about 90,000 unique visitors a day—a massive number considering its content. Erowid is run by its four full-time employees, dozens of volunteer contributors, and tens of thousands of Good Samaritans whose first-person testimonials add just the right amount of glee and dread to keep the catalog entertaining and honest. It’s backbreaking work for Fire and Earth, but it’s a project they hope will guide drug reform and help people make safer decisions about psychoactives.

The couple, now in their mid-40s, met in high school, but became romantic partners while at New College in Sarasota, Florida. “It’s definitely on the liberal end of liberal arts colleges,” Fire says. Earth finished school with a degree in Anthropology, though his title at Erowid is Technical Director and Chief Software Engineer. Fire graduated with a general liberal arts degree, and acts as the site’s Head Archivist and “primary information architect, designer, and editor.” It was in college, during the late ’80s and early ’90s, that the pair also began their professional partnership, first by taking note of fellow students’ use of psychedelics around campus. After witnessing some very bad trips, it became clear to them that without readily available, credible information about illicit substances—or at the very least a non-judgmental platform to discuss the drugs—young people would continue to have bad, dangerous, and potentially fatal experiences. “There were many students making choices for the first time about whether to try alcohol or cannabis, LSD or MDMA,” says Fire. “They ended up relying on the opinion of older students as ‘elders’ who would help guide them. It seemed like a tragedy of the drug war that the experiences, mistakes, and opinions of previous generations were not available to young adults making important health decisions.” After college, Fire researched and wrote about plant use in European witchcraft, while Earth worked at a technology company and grew his interest in psychoactives. Then in 1994, during the first gasp of the tech boom, the Erowids moved to the Bay Area excited to organize their ideas online. In April 1995, Erowid.org was a registered domain, and by 2000 the two had quit their day jobs to commit to the project full-time.

What began as a research archive grew into a site with applications limited only by a user’s imagination. Erowid’s Basics pages, which enumerate the dose, price, chemistry, effects, etc., for over 100 different substances, became—and continue to be—a great place to get accurate information before a trip. For example, on the ketamine Basics page, under the sub-head “Problems,” it states: “Do not swim. Avoid bodies of water—at least two deaths have been recorded where an individual took a bath after using ketamine, and drowned.”

Very soon after its launch, Erowid spawned a secondary function, or perhaps a side-effect, as a vast sharing network—one in which users trade hallucinatory trip descriptions in the Experience Vaults or solicit advice on consuming two or more substances together on communal message boards or directly with the site’s experts using its aptly named email portal, sage@erowid.org. To Fire, Erowid draws all kinds of people, but suits drug geeks best. “Drug geeks span the range from dreadlocked stoners who know their bud to the highest level of technical brain-scan experts in the National Institutes of Health (NIH),” she says. In just the past two years, Erowid has received 6,500 new reports submitted to the Experience Vaults.

One man I spoke to for this article, a 29-year-old who works in the entertainment industry in New York (we’ll call him Tom), remembers being sent a link to Erowid.org over AIM as a sophomore in high school in Wisconsin. He and his friends had experimented once before with DXM, the active psychoactive ingredient in many over-the-counter cough suppressants. “We found out through Erowid that Coricidin was the one brand on the market that had the least amount of other…shit. DXM was what you wanted to overdose on, and any complications came from overdosing on the other things that were a part of the medicine,” says Tom. After two years, and perhaps in some way responding to online discourse about the drug, Coricidin boxes were moved behind glass in stores. For Tom, Erowid served a dual purpose—first as a source to maximize his high, but also a way to practice harm reduction.

Today, many of the testimonials found in the Experience Vaults can be harrowing, the brain-bending stuff of nightmares, while others are hilarious, encouraging, or end in the equivocal “might do again.” One example, submitted by a woman whose handle is CrystalGoddess, chronicles a very bad DMT trip: “Space and time didn’t exist. And I realized that this was the space, in-between the spaces. The code behind the matrix. The stuff that everything is made of. And that is when the chaos sent me into hysterics…. I remember seeing the horror of the familiarness [sic] of not being in reality, seeing fractals in chaos, and the feelings of utter degradation of self, the power of feeling worthless in the eyes of everything. I can understand how people can experience this and say that they saw God. It is—absolutely mindfucking.”

Jonathan Taylor, a tenured professor and graduate advisor of geography at Cal State Fullerton, has been editing, fact checking, writing book reviews, and contributing content on synthetic stimulants and others for Erowid since 2008. He believes that Erowid’s Experience Vaults function as weapons in the fight for harm reduction in psychoactive drug use—one that he says is “frequently missing from scholarly work on drugs and drug consumption.” Taylor uses the section as the basis for one of his students’ favorite assignments, Virtual Drug Trip, in which they review dozens of Experience Vaults submissions on a single psychoactive substance, and then construct their own first-person essay about how it might feel to be on that drug. Here is a sample from professor Taylor’s assignment for his class, The Geography of Illegal Drugs:

Your job is to get a good idea of what the experience of using this substance may be subjectively. So you want to pay attention to what the users say are the main effects the compound had on them, physiologically and psychologically.

Here are some questions you can ask of the reports:

• Did the user feel that the drug would be worth taking again, or was it an experience they would not want to repeat?

• Did the drug have significant side effects or unforeseen consequences?

• Did the dosage of the drug seem appropriate to the user?

• Did the user experience any lasting impacts, either negative or positive, from using this drug?

• Was the drug used alone or in combination with other drugs?

Many Americans do not embrace professor Taylor’s passion for drug reform. They do not consider CrystalGoddess’s experimentation a unique brand of bravery, or Tom’s online research a worthwhile pursuit. What Fire described earlier as “the tragedy of the drug war” might seem like a catchall term borrowed from a bygone, Reefer Madness era—especially when you consider 23 states now allow the use of medical marijuana. Prohibition on the whole, however, is still a sturdy pillar of American culture and politics. According to the nonprofit Drug Policy Alliance, the U.S. spends more than $51 billion annually fighting this war, and in 2012 the country arrested over 1.5 million people on nonviolent drug charges.

SB 1391, a law passed in Tennessee just last year, allows police to arrest a new mother in the hospital if her child is proven to be addicted to or harmed by the mother’s use of an illegal narcotic. On paper, a law like SB 1391 might seem like a good thing, keeping babies away from drug-addled parents, but given the country’s threadbare effort to counsel and rehabilitate low-income drug users, SB 1391 and other laws like it become more legislation that puts arrests before awareness, something that the Erowid team has been trying to change for nearly 20 years. “There are risks inherent in taking psychoactive substances. However, these risks are magnified with ignorance and conversely can be hugely reduced with accurate and unbiased information,” says Taylor. “We have decades of experience telling us that abstinence-based education—“Just Say No”—doesn’t work. If it worked, we would have reduced levels of psychoactive drug use.”

None of the information Erowid posts is illegal. They have had very little contact with authorities, but according to Fire, the site does get “the occasional suspicious email.” Ten years ago, Fire received one out of the blue asking if she would be interested in buying bulk coca seeds. “We ignored it, as we often do for such emails,” she says. A couple of days later, Fire got another email asking if she knew where to buy bulk coca seeds. “We figure some of these are law enforcement checking up on us, or teens who don’t understand what it is that we do,” Fire tells me.

Erowid’s mission statement reads: “We strive to ensure that these resources are maintained and preserved as a historical record for the future.” And this is key. Online drug databases have come and gone, but Erowid has never acquiesced. “We are able to track the rise in popularity and interest in a new drug through searches conducted on Erowid and the number of hits to a chemical’s pages,” says Fire. As it continues to grow and stockpile material, Erowid can provide a credible, centralized source of psychoactive drug information and documentation. “We also provide some of this type of information to researchers and medical providers to help them understand the current trends and provide better services,” adds Fire. Erowid is the bible for psychoactive drug specifications, but it’ll also guide you through a 50 mg trip on Methoxetamine, which for some is just as helpful.