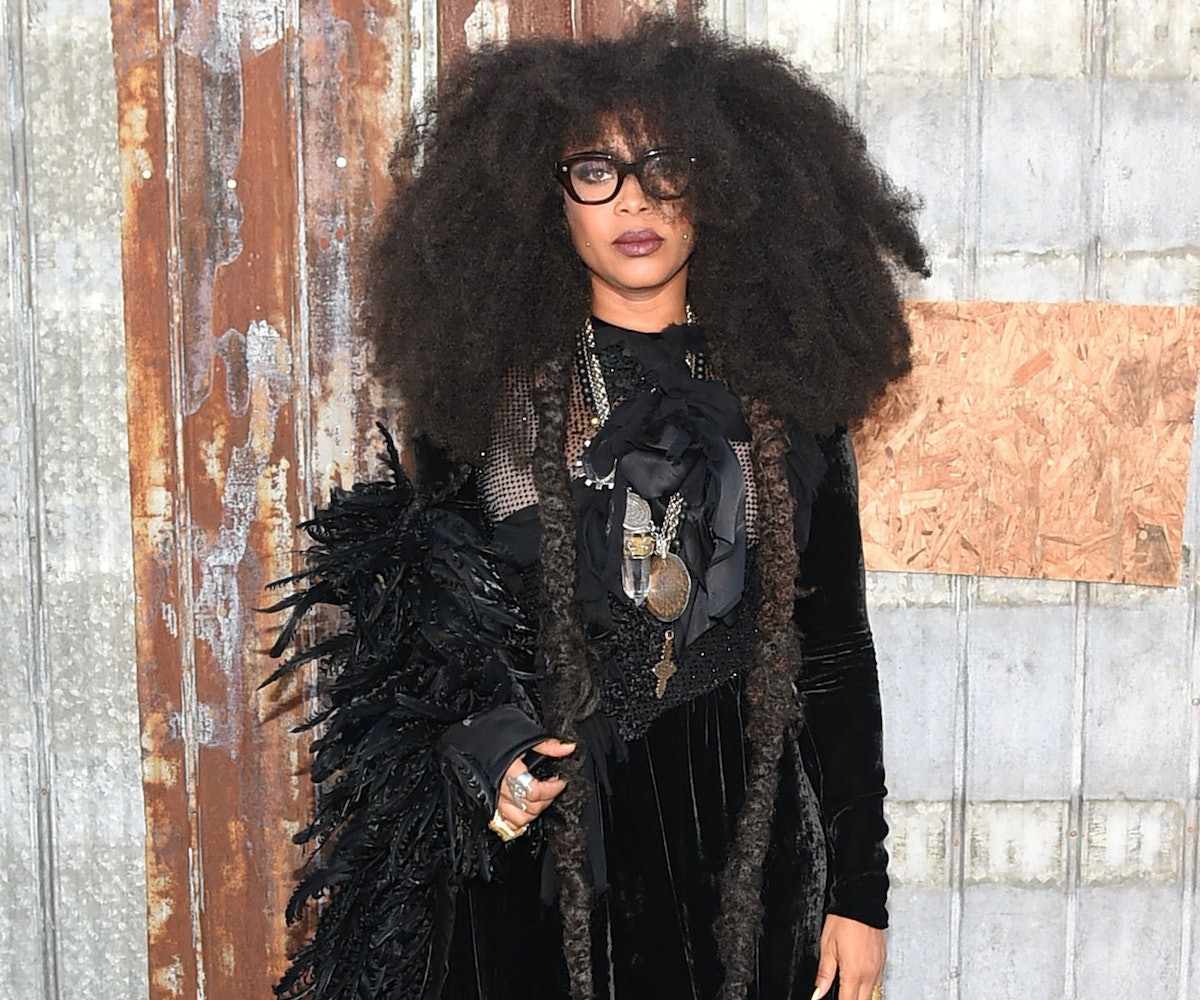 Due to all the excitement surrounding the release of "Real Friends" last week, you might have missed the line in "No More Parties in L.A." when Kendrick Lamar says "Umm, well cutie, I like your bougie booty. Come Erykah Badu me, well let's make a movie." Yes, he literally turned Erykah Badu into a verb and it totally works. Before last year, you probably didn't know that you regularly needed an Erykah Badu remix in your life, but now you do. We saw her create magic when she remixed Drake's "Hotline Bling," which eventually evolved into a full mixtape about telephones.

Now, Badu has gifted Kanye West with a dope remix to be featured on her next mixtape called THIS $h!t TOO EASY.  As expected, she's one-upped the rapper with "Trill Friends," but also mixes in Whodini's 1984 hit "Friends." (It really makes you wonder what the two artists do in the company of one another considering the fact that she's known to make tea for Aubrey a.k.a. Drake.) This song is more than a remix—it's a deconstructed masterpiece. Bump the track straight from the "badudio," below.

UPDATE 1/13/2016 8:22 AM: A previous version of this story attributed a lyric from "No More Parties in L.A." to Kanye West. Erykah Badu tweeted that Kendrick Lamar recites the line that mentions her name, not West. The sentence has been corrected to reflect this fact.