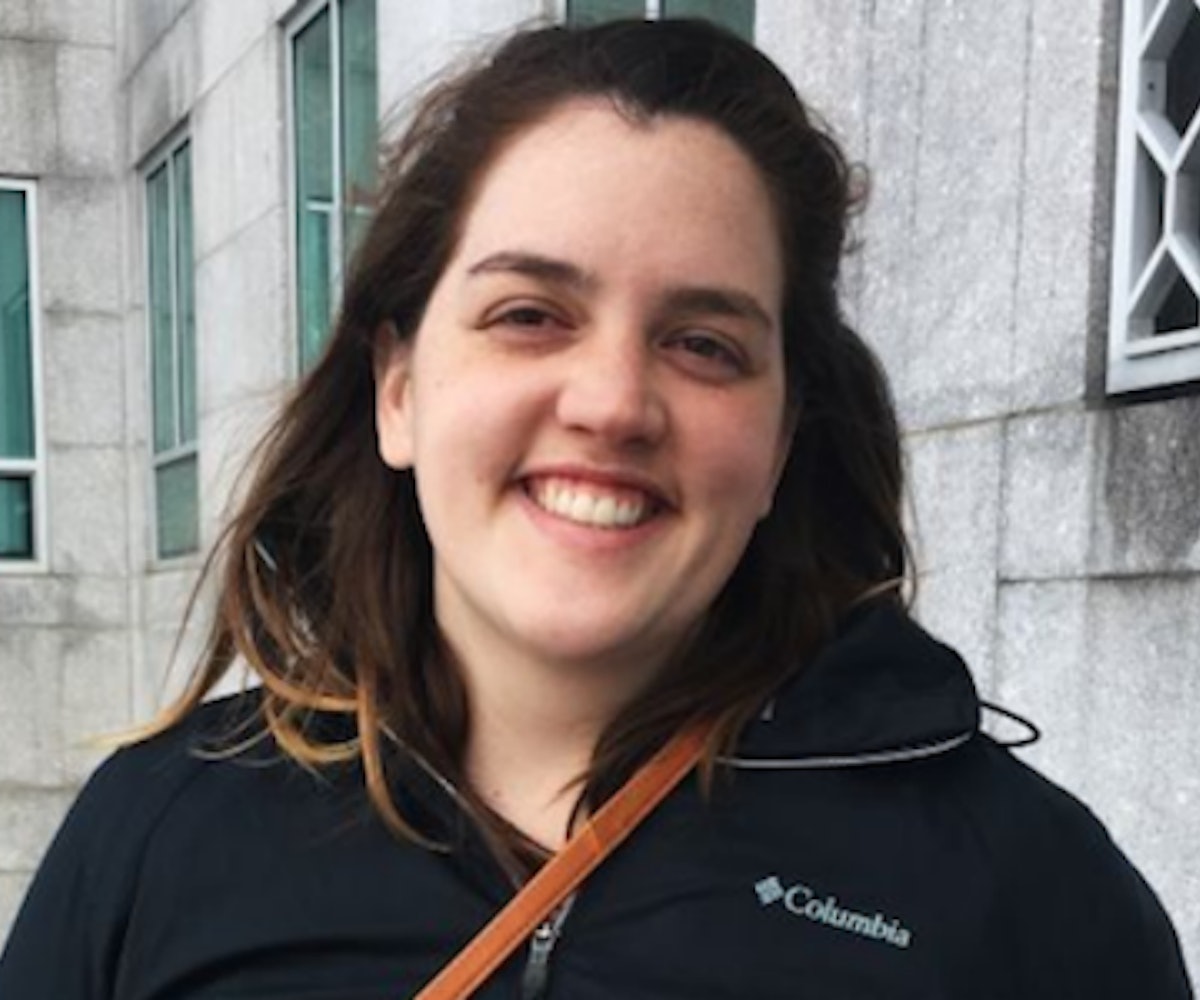 Earlier this week Leslie Gibson, Republican candidate for the Maine state House of Representatives, drew strong condemnations from across the country after he disparaged two prominent Parkland shooting survivors, Emma González and David Hogg. On Twitter, Gibson said of González, "There is nothing about this skinhead lesbian that impresses me and there is nothing that she has to say unless you’re frothing at the mouth moonbat." He went on to call Hogg a "baldfaced liar" for saying that the NRA owns Republicans in Congress. The tweets were deleted, and Gibson reportedly apologized for his remarks.

However, Gibson had been previously running unopposed, which led to numerous calls for a Democratic challenger to rise up. And one finally did: 28-year-old Eryn Gilchrist of Greene, Maine, filed her paperwork on Thursday to officially enter the race, according to Refinery29.

Gilchrist is a Bates College graduate who currently works at a medical device company. And, before this week, she was just a member of her community. In a statement released through the the Maine Democratic Party, Gilchrist explained:

I never thought I would run for office, and I was perfectly content with just remaining a member of the community, but after reading Mr. Gibson’s comments I thought that the people of Greene and Sabattus deserved a representative who will respect people and try to work through their differences to make our lives better. That’s what I pledge to do if I am lucky enough to be elected, and I look forward to working hard over the next several months to earn the trust and support of people throughout my community.

Gilchrist has since been welcomed with open arms by the Maine Democratic community. Maine House Speaker Sara Gideon said in a statement, "We could not be happier to have Eryn run. She is a concerned member of her community who cares about the future of her neighbors—and, like many other Democrats across Maine, she's now stepping up to help them."

The election will be held on November 6, 2018, so Gilchrist has a long campaign ahead of her. But, the wind already appears to be at her back. She now has the vocal support of many of the Parkland survivors and has captured the attention of political activists across the country, as evidenced by their support on Twitter. The Lewiston Democratic Committee has also set up a donation page to support Gilchrist's campaign, which has raised over $160,000 in just a few short days. Her Twitter page, which has just a single tweet, now has more than 20,000 followers.

With hundreds of thousands of eyes now on the Maine race, we look forward to seeing if a first-time candidate can again make historic change by standing up and saying "why not me?"