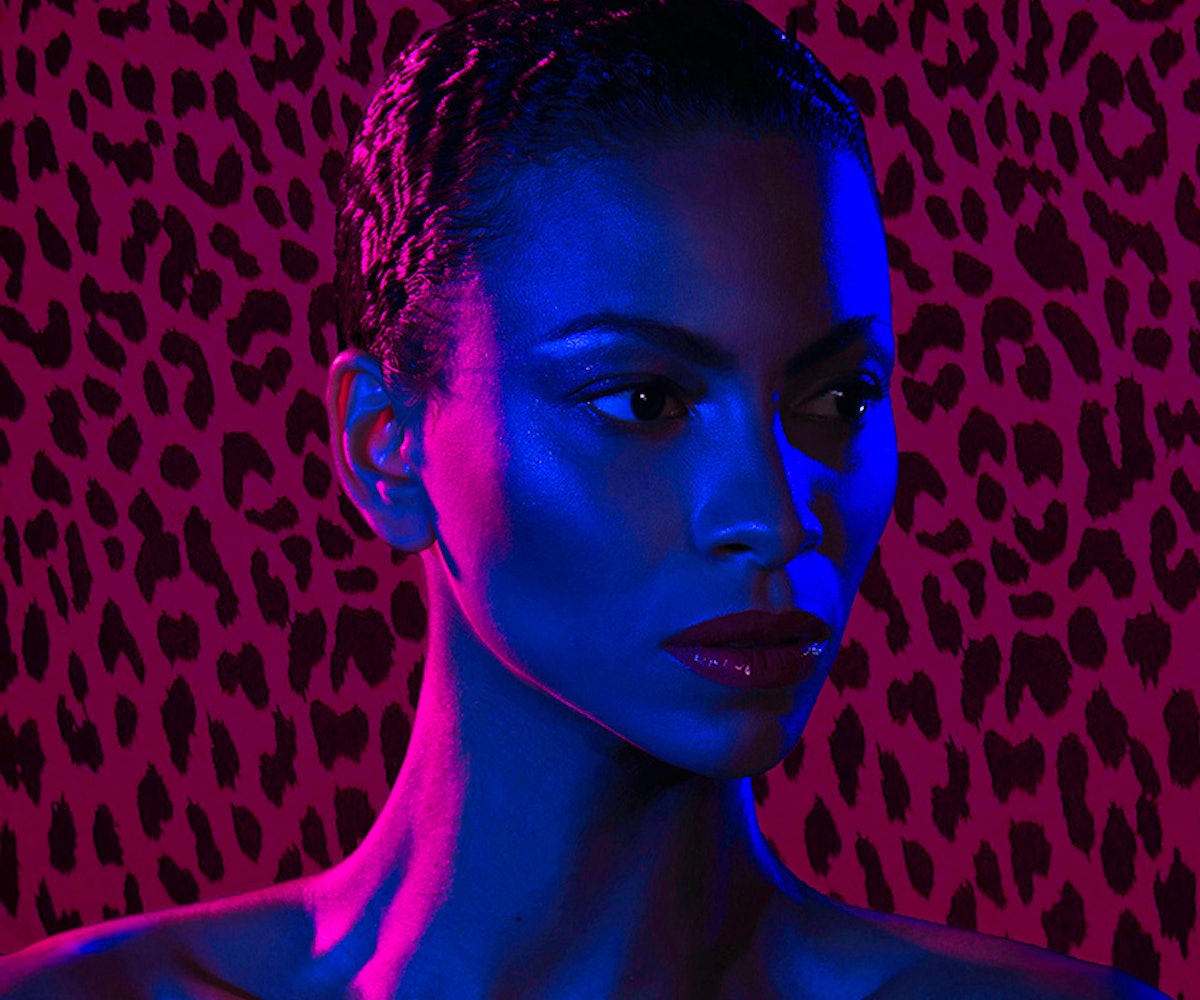 All things in life are cyclical, and music is no exception. Sure, the '90s seem to have an omnipresence over the entire industry, but they, too, will fade back to allow for other eras to return. Thanks to the resurgence of dance music, disco's slowly but surely strutting its way back into the mainstream. Only this time, it's bigger, badder, and drenched in more hairspray than ever before.

Supergroup Escort is partially to blame for that. Its rambunctious 2011 self-titled debut LP glimmered with the glitter of Studio 54's past. It was an album before its time, really, and the time for the disco orchestra to really shine is now. Dance floors will shake when its second LP, Animal Nature, drops October 30. But before all of that, we caught up with vocalist Adeline Michèle to chat emojis, neo-disco, and of course, getting down.

Now that EDM has, more or less, become the de rigueur of music, disco seems to be the next sub-genre of dance that’s slated to reemerge. Can you speak to that more?

I think that phenomenon of things coming back is just a general phenomenon. You see it in fashion, you know? You see it with interior design. There’s usually a 30-year span for things to last and be cool and disappear and then come back again. I think that’s kind of the natural circle that we’re part of as human beings. Because of artists like Disclosure, people are already hearing electronic music and are looking for something a little more organic. That will automatically and naturally lean towards disco. So in a way, EDM becoming so big is paving the way for disco in a good way.

What does disco music do for you? What do you get out of it?

Personally, on a very, very selfish level, it’s the perfect world. It combines all my favorite things together. As a singer, I get to sing really soulfully, but at the same time I get to be able to dance and jump around. As a bass player, disco is heaven for a bass player. As a quote-unquote "fashionista" or whatever, dressing up is a haven for us, for people who just want to be a little bit glamorous and extravagant on stage. I’m not talking about doing it '70s style with the bell-bottom pants, but there’s definitely a lot of room for…shine.

That's basically the whole point of nightlife. Did you grow up listening to this kind of music?

Not necessarily. I mean, a little without actually realizing it because I grew up in France and we had some disco icons there that I grew up knowing. Like, we had this singer that I’m sure you don’t know his name—it’s Claude François—and he was literally the French Michael Jackson (in terms of his popularity), but he was a disco superstar and he died probably before I was born, but he was an icon. So growing up, people talked so much about him and disco was a huge music in the background of my childhood. But, it’s not something I knew I wanted to do until much later.

Was there a certain show or event that made you think: This is something I want to pursue?

There was a combination of different things. I was really attracted to videos of performers, the outfits, and outrageous parties. I knew wanted to do that on stage. My life was over when I discovered Chaka Khan. I think I died and was reborn again. Earth, Wind, and Fire became my favorite band, too. I know I want to dress up and I know I don’t want to compromise my singing; I know I want to dance and I want to play bass. I was still not exactly sure how I was going to do that, but Dan and Eugene, the founders of the band, were introduced to me and were looking for a singer. I heard the music and that was it. I came to life after the first show I did with them.

How has the band progressed and changed over the years—especially with this new album, Animal Nature?

It really has! Initially, Dan and Eugene met in college and DJ-ed. They had a disco project and had different singers sing on the songs. I came into the picture, but it wasn’t really a band, per se. We weren't touring yet. It’s really after we released the first album and started really touring that everyone started to organically become friends. We developed our sound on stage, and even though we have a very electronic sound, we’re also a band that plays live. The second album took a little while, but it was good that way. It allowed us to really mature as a band and as a core.

Definitely. In what ways did you guys experiment? Did you decide to maybe not try a dance track and do something a little more downbeat?

We actually went more dance! It was such a blessing seeing dance music become more popular. Its popularity allowed us to be more experimental. That’s something we've wanted to do for a long time, but people weren’t ready yet.

Isn’t that the worst when you have such a strong sound and you know that the world isn't ready for it yet?

It’s a horrible feeling, but at the same time, it’s a good one. You’ve heard that story with any great artist. If you have one good idea, you can have two good ideas. In the meantime, we became really professional. People with trained ears or people who have been listening to this kind of music will recognize our influence.

If you could describe your sound in emoji, what would it be?

I love that! Okay, so there’s one emoji that has the lollipop—the really colorful one? I love that one! Then there'd be the rainbow, the purple heart, the thunder, star, and then something random…like a bathtub! That implies nakedness and I like that. I still wish there was a unicorn emoji, though. I don’t know why it doesn’t exist!

How do you hope to inspire women and young girls out there who want to get into the music industry?

I do believe that women should work really hard and find something that they’re good at and love. I really want to encourage women to not rely on their looks. Being pretty is not everything. If you want to be a singer, work hard. It’s not enough to be cute and have a good voice. Just really, really work on your craft and don’t rely on just how you look.