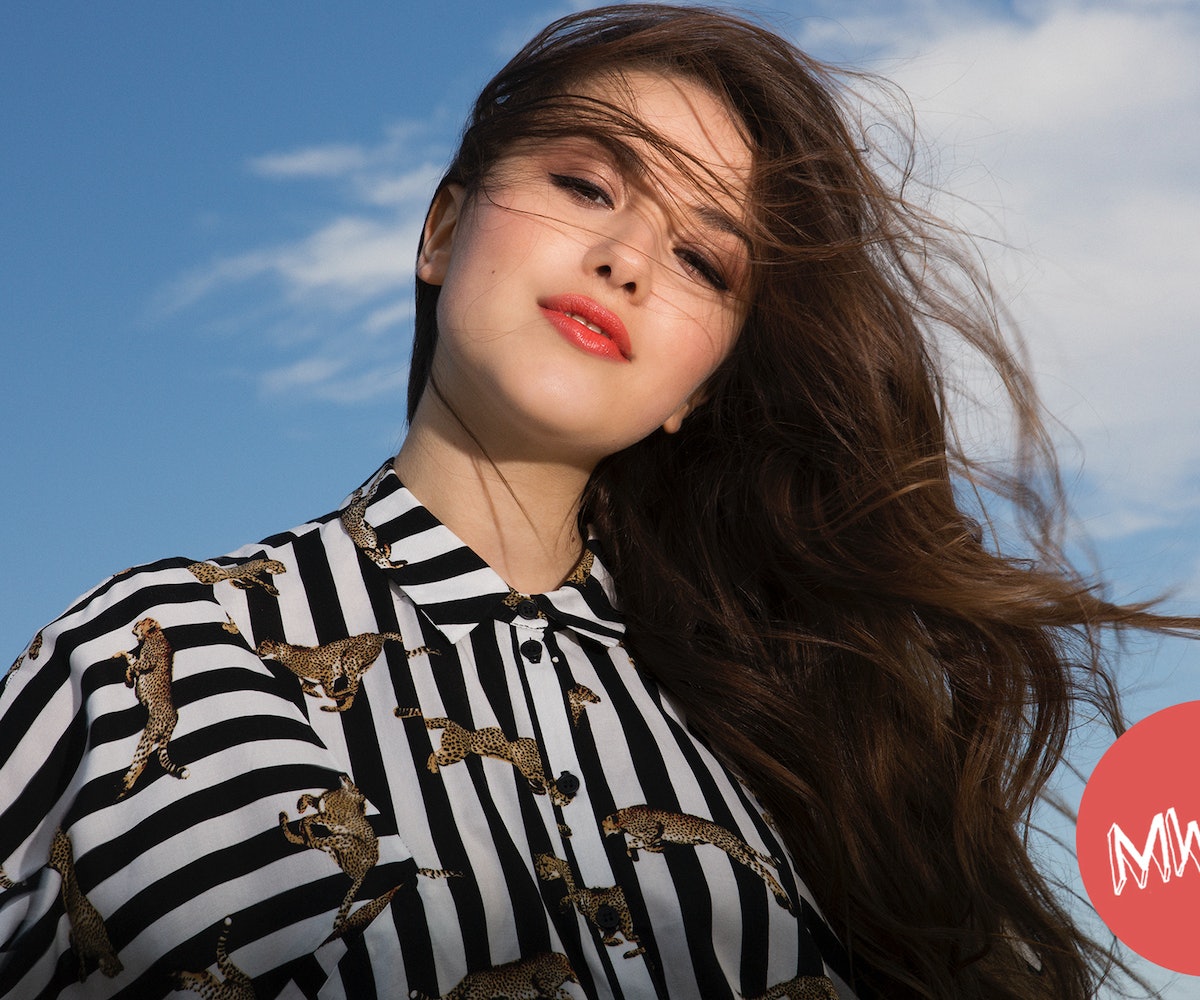 Photographed by Marley Kate
by Esther Zynn
May 18, 2016

“Not what we’re looking for.”

“Not the right type.”

I wake up to the sound of my cell phone ringing. Without checking to see who it is, I answer with eyes half-open. “Hello?” I croak, doing my best to sound like I wasn't just asleep. It’s a man’s voice. Yet another rejection. But this time, it isn't my senior prom date telling me he wants to go to the dance with his ex, or the cute guy from my creative writing class saying he isn't looking for something serious and “just wants to have fun”— it’s my acting manager. I didn’t get the part.

Having pursued a career as an actress and singer-songwriter since the age of 15, I’ve learned to embrace rejection as a vital part of growth and an unavoidable fact of life. If someone gave me a penny for every time I’ve been told that “it only takes that one audition” or “that one song” to change your life, I’d treat my roommates to dish soap for the rest of the year. But over time, that phrase—that belief that one day that song or role would come along and change everything—began to feel worn. It became more of a myth than something to hope for.

So, on this hot, humid, New York City day, I brush off this minor setback and decide to focus on my next audition for a new Nickelodeon show called The Other Kingdom. Little did I know, this audition would lead to a series of callbacks that would ultimately become "that" phone call—the one I had begun to think only existed in stories people told me to make me feel better about myself.

All my life, I’ve watched girls on TV and thought, “I want to do that." Being raised by Russian immigrant parents, I knew that my parents’ dream was that I’d never face the same obstacles and financial deprivations they did after moving to the U.S. So a career in the unpredictable and competitive industry that is entertainment was out of the question. It meant instability, struggle, and heartbreak. It meant facing everything my parents had worked hard to shield me from.

At 11, I began performing in school musicals and writing songs. Shortly thereafter, a friend told me about a local acting class that had helped him land an agent and some small commercial jobs. After a decent amount of groveling, I persuaded my parents to let me sign up for the class as an after-school activity. Three years later, I was offered a contract with an acting manager. My parents had conditions, though. The first was that it couldn't interfere with school and the second was that I take the responsibility of scheduling my auditions and handling my career on my own. I eagerly accepted both my parents' and the manager’s offers.

Balancing both high school and an acting career wasn’t easy. It usually went like this: I’d get a phone call from my manager saying I had an audition the next day, and would spend the night jumping back and forth between memorizing lines and finishing my math homework. I’d go to school the next morning with a change of clothes and my headshot stuffed into my backpack. I’d beg my dad to drive me, but if he refused, I’d take the bus to the train station. I’d squeeze myself into the train bathroom, change clothes, review my lines, and navigate my way through the streets of New York City to my audition. This would happen anywhere from one to four times each week. Fortunately, my hard work paid off—within three years, I’d booked twelve commercials and two small TV roles. I’d formed relationships with actors and musicians that I maintain to this day, and I decided to pursue college at Pace University in New York City in order to build on the successes I’d already experienced.

Landing the part of Astral in The Other Kingdom has been a life-changing event. It wasn't until hours after getting the call, when I heard a song I often play before auditions blaze through my headphones, that it really hit me. Ten seconds into the song, the realization that I was going to star in a TV show on a network I've spent my entire childhood idolizing, flooded my mind like sound waves in an empty room. And I just burst into tears. I cried for the 5-year-old in me with big dreams. For the 11-year-old who wouldn't take no for an answer. For the 15-year-old who would travel to the ends of the earth (or at least the ends of Manhattan) to get her shot. I also got emotional for my parents—two people whose biggest dream had been to see me grow up in a comfortable world but instead saw me open doors they thought could only be unlocked by people of privilege .

I’ve changed a lot since we filmed the show, but not in the ways most people might assume. I don't wake up every day to my glam team, or walk around with a fan blowing in my face. I don’t have to shield myself from paparazzi, or keep a Sharpie on me for signing autographs (I don't know about you, but that's what I thought life was like for actors on TV). On a personal level, the show has given me more confidence and assertiveness. I’m not as afraid to speak my mind, or say no to something I don't agree with. I’ve learned to respect the value of my ideas, but also listen to the ideas of people around me. Professionally, I’m more conscious about the message a project sends and what kind of messages I want to share as an artist.

When I’m not acting, I've been devoting my time to music. I’ve been traveling back and forth between L.A. and New York, writing my EP and planning to release my first single this spring. My music, which I like to describe as un-sugarcoated pop music, will discuss some "first" experiences and realizations I've had in the last few years of my life. The first time I really fell for someone (which is actually the inspiration behind my first single) and saw that relationship end, traveling to Europe, living on my own, learning to find friends who lift me up, and to cut out people who only tear me down. It's a coming-of-age EP. I'm excited for people to get to know the real me through my music, just as they are getting to know my character on TV.

Don’t get me wrong, I still struggle with coming to terms with rejection. I still wake up to phone calls that tell me I "wasn't right" for a project I loved, I still get dismissed by guys I like. And I still, despite knowing better, take these things personally. Growing up, rejection was something people wanted to protect me from. But if there were any advice that I wish I got, it would be that rejection is a fundamental part of life, so there’s no use in avoiding certain dreams or goals in the fear of facing it. In fact, rejection is just as much a part of life as approval. Once you embrace it, you'll find that fearlessness and boldness will help create opportunities in your life that no one else but you could rise to.