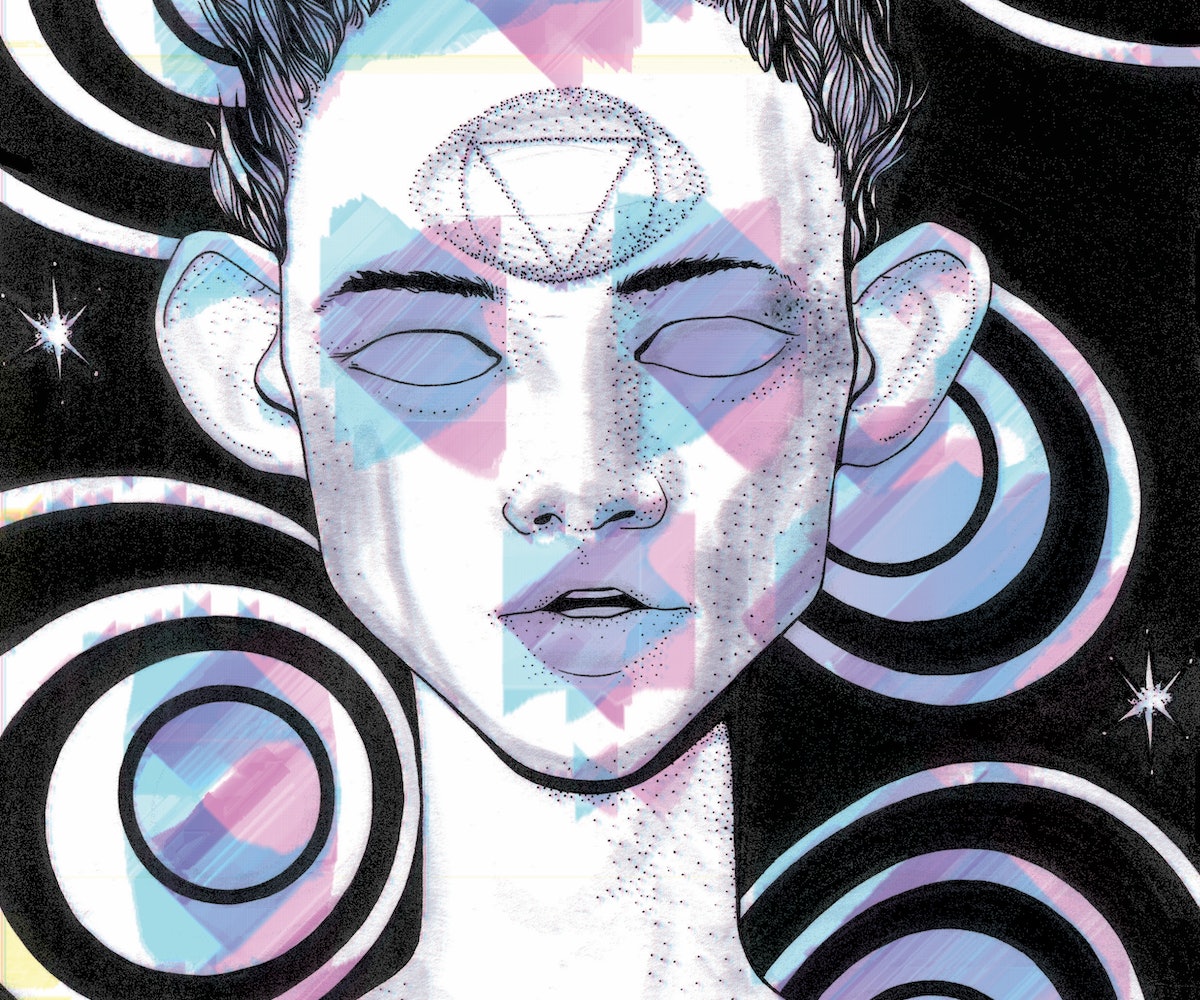 It wouldn't be wrong to call Sarah A.O. Rosner's latest work with her dance company, the A.O. Movement Collective, a work of performance art. But really, that broad phrase is still too inhibitive to really capture just what the choreographer is doing with the "ETLE Universe," her latest multimedia, multi-platform project. “We’ve been calling it a queer feminist cyborg time-travel epic thing,” she says.

And while it may be a vague way to put it, “thing” may just be the best word to call Rosner’s work. The ETLE Universe defies exact definition as the brainchild of 64 different collaborators, all who have added their own ideas, theories, and concepts to the 10 projects that make up the epic thing: a graphic novel, a fashion show, a concept album, collected writing, essays, a multiplayer online game (revealed last summer and now unavailable), 3D-printed artifacts (purchasable rings), photography, pornography, and a dance performance. Together, these works piece together the story of ETLE so that viewers can fully immerse themselves into the project and pull together strings of the epic themselves.

The story? To summarize, in the future, an epidemic called “The Absence” causes the world’s population of women to “fall out of time” and drift through multiple dimensions, causing an extinction threat as their pregnancies result in miscarriages. To fight against the epidemic (which many women began to believe was “no epidemic at all, but an inherently female way of experiencing a multiplous and ever-shifting reality”), a privatized U.S. government agency called FATH develops Reality Intensification Binders (R.I.B.), which keep women in their single dimension, constraining them to a life of singularity. However, a group of pro-Absence women called the Rebel THIC (Trans-Human Cybernetics) rise up and hack the R.I.B. to navigate dimensions at their own will. Fast forward to the Violent Female Revolution between the Rebel THIC and FATH, which results in the fallout of the Rebel THIC and a timespan of “Lost Years.” Fast forward a bit more, and a young Rebel THIC named ETLE rises, and seeking to fight for the R.I.B.-constrained women of the world, she travels to the present day to declare that to fight FATH, this exact art project must be put out into the world. From there, the rest of the story is yet to be unlocked. “Us making the art is our attempt to save the universe and solve this puzzle,” says Rosner. “We’re both telling the story and doing that story in real time.” This is art imitating life imitating art—a crossover between universes that results in true immersion into the piece.

Photo via 1ND3X, by Maria Baranova in collaboration with the A.O. Movement Collective

Think of it as a new way of presenting an alternative universe, like a multimedia, performance-art rendering of an epic saga. It’s a feminist sci-fi story, only instead of being told through a traditional medium like film, it’s spread out across multiple platforms, making it quite reliant on user participation, yet also the perfect breeding ground for fandom. The multimedia, multi-creator approach presents a “queer structure of authorship, where to experience it, you have to really engage with it and find your own way around it,” Rosner explains. “There aren’t any right answers or correct readings around it.”

The project and concepts surrounding it may seem shockingly huge for performance art, but Rosner’s goal was to create something that resisted the ephemerality that often hinders dance as an art form from making true, lasting change. “Rather than making a dance piece that’s referential to existing pop culture, I wondered if we could make our own pop culture, and make something that’s not only riffing on its own existing content, but really trying to build its own content in a way that has the capacity to get outside the dance world and be bigger than itself,” she says. "I really want something left over that’s not just a recording of the work."

But to create something bigger, she needed a network of artists who could create in other mediums. Starting in late 2012, Rosner first connected with Poppy Lyttle, one of the artists who eventually developed parts of the story into a graphic novel, ETLE ILLUS. From there, Rosner roped in 64 different collaborators who helped create the multitudinous plot and various storylines of the ETLE Universe, with the funding of 10 different “curators,” who were also granted artistic input along with their patronage of the project.

Only together do the 10 separate parts of the piece tell the full story of ETLE, and for good reason. Rosener explains: “If you go up to someone on the street and say, ‘Hey, do you want to come see my experimental feminist performance art?’ They’re like, ‘Hm, no.’ But if you’re like, ‘Hey, here’s an album,” or, ‘Have a comic book,’ or, ‘Here’s some porn,’ people are able to come into it in different mediums and different experiences, and hopefully get more into the story from there.” Rosner and her creative team have been able to engage with potential audience members in many more ways than a dance troupe could in any other setting—even going so far as to pose as their ETLE Universe characters on Tinder and OKCupid. The world that’s been created has become accessible through many points of entry, but it remains as boundless and uncertain as ever.

“It’s multiplous and maximalist at the same time,” Rosner says. “Uncertainty feels really central to my feminism right now. I’m uncertain about everything, including the fact that I’m a feminist, and that’s how this piece has been proceeding.”

So if the wide expanse of the ETLE Universe or the unlanguageable nature of this thing seems intimidating, Rosner is simply doing what she set out to do—and the meaning excavated from the piece may be different for every single person who encounters it. “Hopefully, something in this will make you feel some way,” she says. “You don’t have to feel the same way as me. We can disagree and that can be part of it, as well.” The ETLE Universe defies labels on its own, and that’s what makes it as groundbreaking as ever.