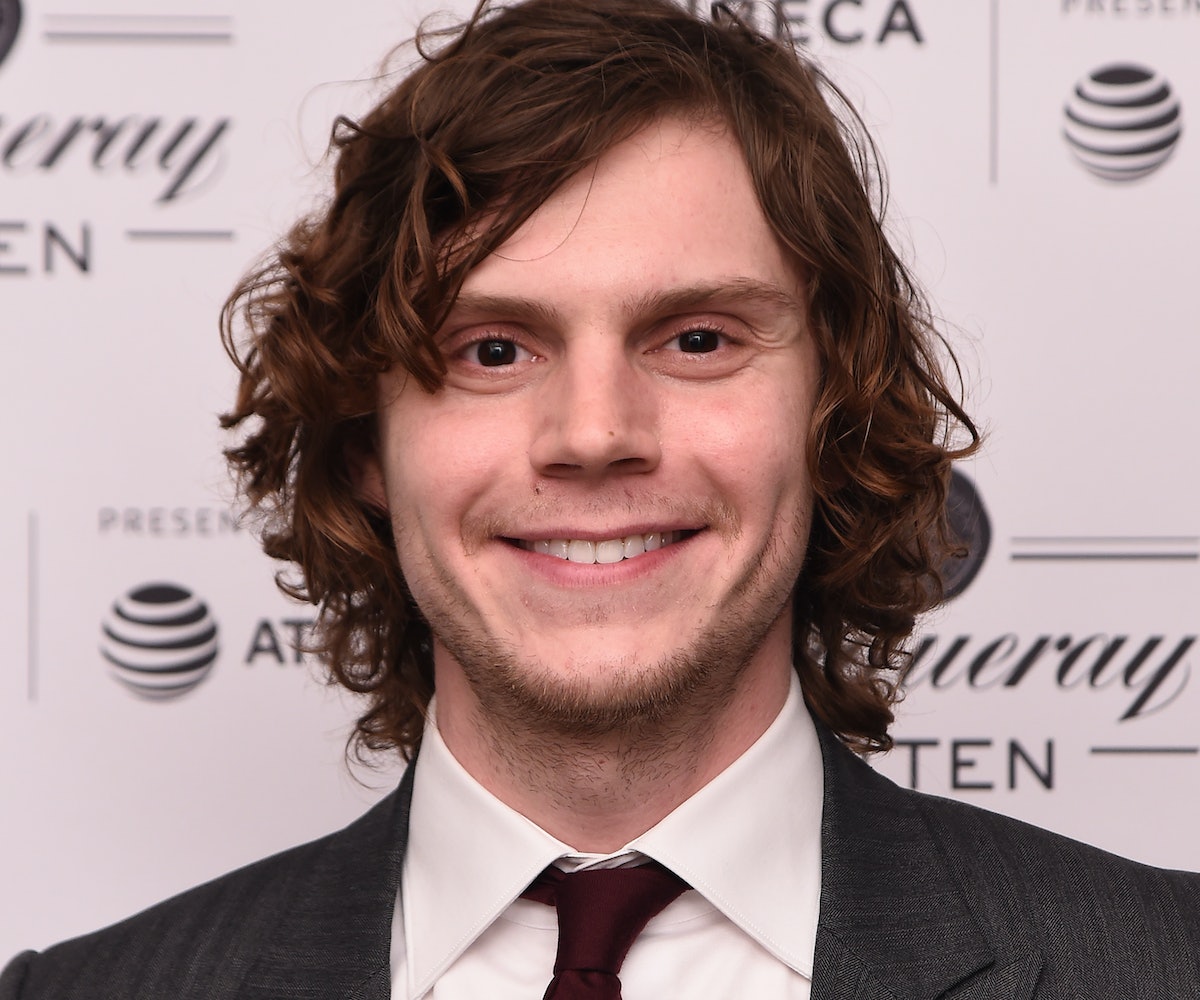 Subject pop culture to the classic word association psychoanalytic exercise and the word “Somali” will inevitably get paired with “pirate.” Hollywood has historically used this politically turbulent country as a feeder state for faceless ship-jackers, terrorists, and insurgents, but Bryan Buckley’s new film, Dabka, and its star, Evan Peters, intend to refute that notion as best they can. The recent Tribeca Film Festival selection tells the wild-but-true story of scrappy upstart journalist Jay Bahadur, who didn’t let his lack of experience stop him from venturing into Somalia to get a scoop. Bahadur found no shortage of danger there, but he and Peters both learned that there was ample warmth and generosity to balance it out. Peters, a fixture in the Ryan Murphy-verse and the new generation of X-Men movies, found making Dabka to be a rare and eye-opening experience.

Evans recognizes the bubble he lives in and appreciates the opportunities that acting affords him to temporarily move beyond it. As the mad dash of Tribeca wound down, Peters took a moment to sit down with us to discuss the western perception of Somali culture, getting spanked by Steve Carell, and his on-screen stint as a teen sex worker.

Prior to joining this project, was Somali representation in media an issue you were aware of?

Other than what I was shown in Black Hawk Down and Captain Phillips, I didn’t know much at all. But this film was intended as a sort of corrective to that. I definitely have more compassion now for the Somali struggle; it’s unbelievable that all that is going on right now. The [International Rescue Committee] is an organization that the film is working with to combat the famine crisis over there, the immigration crisis, the refugees. It’s insane to me. We’re here talking about a film, and children are dying.

The scenes shot on location in the desert, where were those? During the production, about what percent of Jay Bahadur’s actual experience did you have to live through?

That was all shot in Cape Town, South Africa, and they shot in Kenya and Somalia for some of the exteriors and landscapes. Bryan hired all Somali refugees, both for acting and translating English. Everyone who’s Somali in the film was a Somali refugee living in South Africa. That part was very real. I couldn’t understand what people were saying, I had to ask Barkhad [Abdi] to tell me when people were talking about me. It was mostly fun, though. They were a lovely people, and we all totally got along.

You’ve worked all over the place, but did you feel like this job in specific broadened your horizons or gave you any new perspective?

Absolutely. I had never been to Africa before, and I was only in Cape Town, so we weren’t really in the thick of it. But it was eye-opening for me because people had told me that it would all be dangerous and that I had to be careful, and then where we were was safe, really beautiful, everyone was great. You can’t assign one identity to a whole group of people, that’s what I hope people are able to take away from the movie.

Did you perceive the character of Jay Bahadur the same way the script treats him or was there a discrepancy there?

It was a matter of wrapping my head around how he could muster up the balls or naïveté to go overseas and do this. It’s a combination of both brave and insane, so a lot of my performance depended on trying to justify that. But if your goal is big enough and you want it bad enough, a person will do just about anything.

Did you have any contact with the real Jay Bahadur?

I did, we talked on Skype a little bit. I learned a lot more about the Canadian accent, first and foremost, and then, of course, I asked him about going over there—how it felt, what it was like, testing how accurate we were being with the script. He told me he was afraid, but knew he had good connections, which he did. A lot of it was courage and foolishness, but a lot was luck, too.

This movie’s definitely about an urgent social issue, but it shares the foreground with Jay’s coming-of-age and lingering resentments for his ex-girlfriend. How do you make Jay’s inner workings feel like they should matter in the grand scheme of the movie?

That was difficult, actually. His stuff does sort of have to take a back seat because the Somali plight dwarfs that. But you’re human, and despite being in Somalia, your mind still travels and wanders when you see someone as beautiful as Sabrina [Hassan], who plays Maryan. It’s surprising that despite being in such an intense and demanding situation, your brain and body still go toward the usual things. And, in a lot of instances, that’ll be a girl.

What was the next project you shot after wrapping up Dabka? Compared to that, was it a walk in the park?

The next thing was American Horror Story, I think. I had done a press tour for X-Men, and then I did Edward Mott for season six in Roanoke. Completely different thing going on. But I liked it all—17th-century art, portraits, those fascinate me.

I think the first time I saw you on-screen was getting spanked by Steve Carell on an episode of The Office. Is that an experience you cherish?

Oh, it was a dream come true. Really! It was really cool—I was a huge fan of Steve Carell and the show by that point, and it was already in syndicated reruns on TV by the time I got cast. I watched it nonstop, and when I got the audition, I was like, “Oh, shit, I’ve really got to get this.” And I really loved that style of shooting, the mockumentary style where there’s just a single camera moving. It’s good for improvisation, which I liked. Even in this movie, Bryan made us stay on our toes a lot. I love letting a scene run on because it adds to the reality of it. You follow a scene where it goes when you improvise, and then you can go back and fine-tune the scene in the script and make it stronger.

My other favorite performance from you was in Gardens of the Night, in which you played a teen sex worker.

Wow, yes, Gardens of the Night! That was an interesting time in my life, I must’ve been 19. I really got into that role, I grew my fingernails out and everything. I wanted to get inside the whole hidden world and culture of street kids. The director and I went around talking to kids, what they ate, and how they lived, how they had gotten there. It was totally enlightening. I love doing the research, getting into a mindset other than my own, and experiencing a different viewpoint. That can be hard, but it’s definitely what I love about acting the most. You learn compassion.