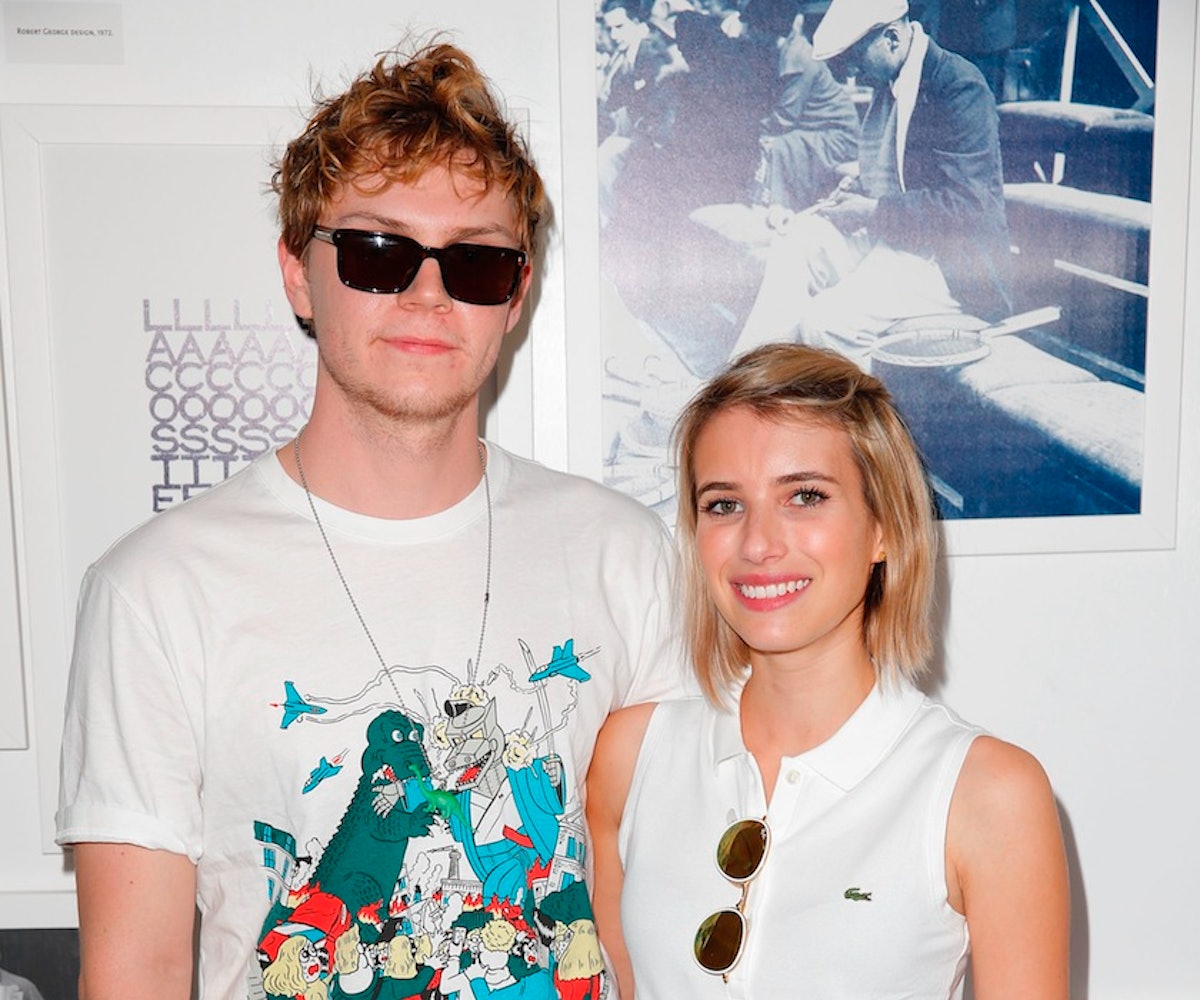 With all the summer lovin’ that’s happening, there’s always bound to be a break up or two. Say 'bye bye' to Emma Roberts and Evan Peters. The two American Horror Story stars have reportedly ended their engagement.

After meeting back in 2012 on the set of the hit show, they dated for two years before getting engaged over Christmas of last year. Although it’s all still speculation right now, a source told JustJared.com, “Their three years together just ran its course.” The two actors made a number of appearances together in public, never too secretive about their relationship. “They have so many great memories together but couldn’t make it work in the end. The break-up was amicable—there was no drama whatsoever,” the source added.

As sad as we are to see such a cute, talented couple go, they’re both clearly moving on to bigger and better things. No time for a Ben & Jerry’s breakup recovery month for either young star. Emma is back as a devious sorority sister in the ridiculously anticipated new Ryan Murphy series, Scream Queens, come September. Evan is currently shooting X-Men: Apocalypse and has been confirmed for American Horror Story: Hotel.

But if celebrity romances have taught us anything…a break up never means it’s over. Let’s put the tissue boxes away till we see Emma on the red carpet without a ring.