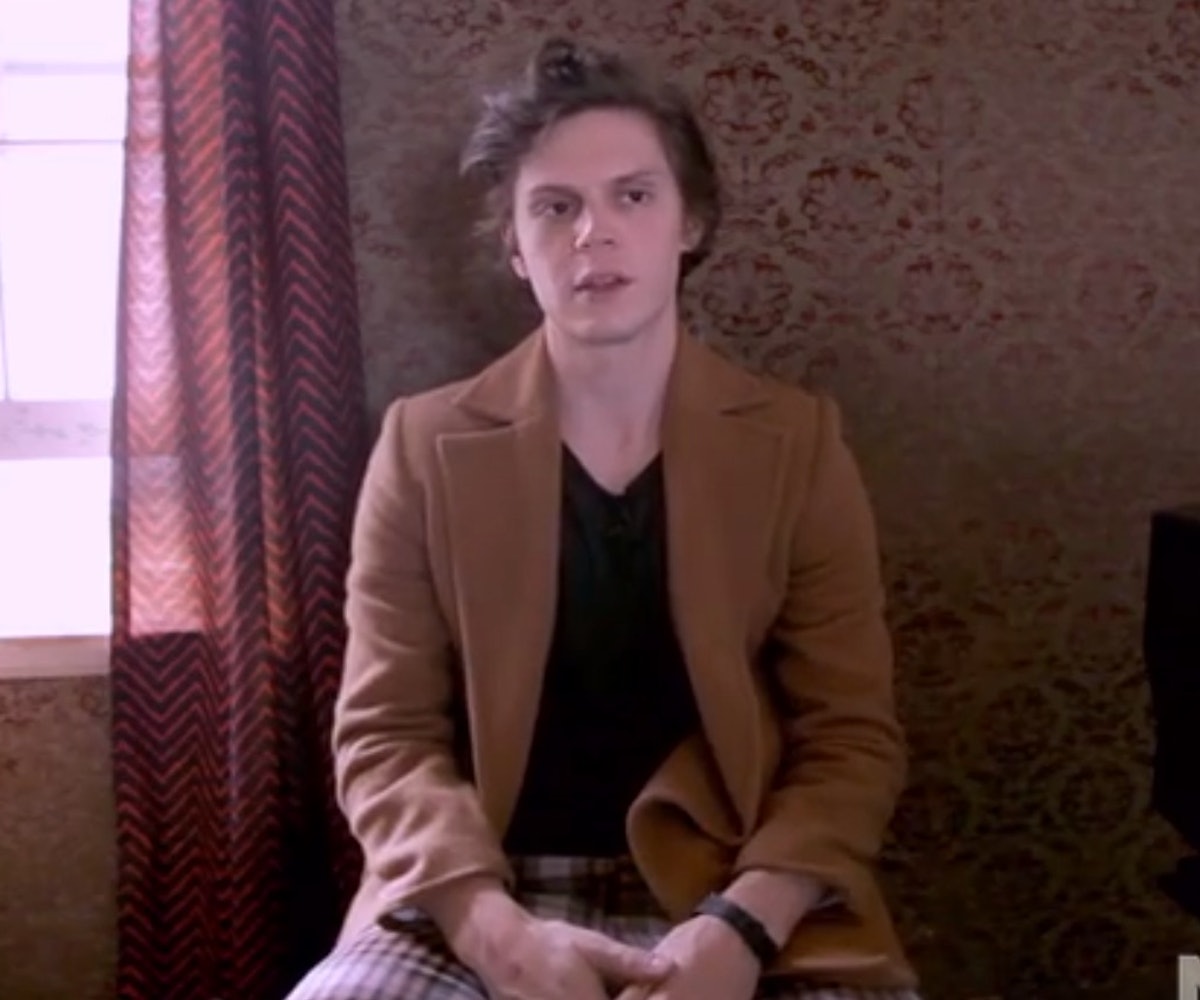 When American Horror Story: Hotel premieres next month, it will mark the fifth time Evan Peters has helped bring the macabre visions of series creators Ryan Murphy and Brad Falchuck to terrifying life. This time he'll do it as James March, the builder and owner of the titular hotel, who Peters says has "designed to cater to his specific needs, which tend toward the dark and evil.” But enough about James March! We wanna know more about the young actor playing him, and what better way to do so then to ask him 10 questions, ranging from totally random to deeply personal. Let's go!