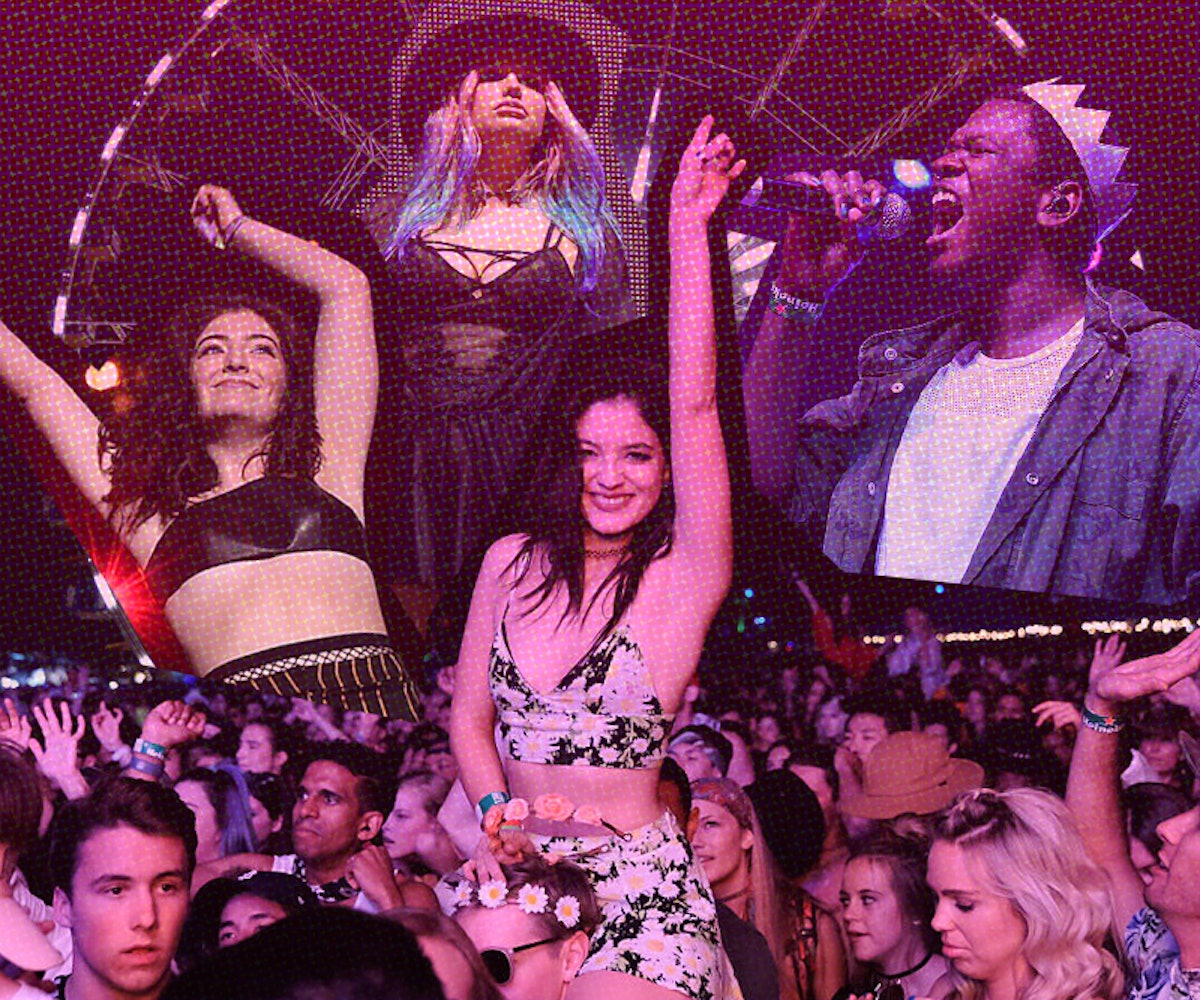 Okay, I know that making fun of Coachella—especially the cliché “Coachella girl”—is possibly getting trendier than Coachella itself, but after my experience last weekend (which was amazing, by the way), let me say this:

There are worse things in this world than a bunch of assholes getting together to watch top-notch live music and shows. Let's not forget, somewhere in that group of assholes is a starving artist that haggled their way in, put on their best crocheted top or knock off Ray-Bans and fought their way to the front row so they could be inspired to do bigger and better things with their lives.

And maybe that “annoying Coachella girl,” who would normally be at home watching the Kardashians and taking selfies, is actually trying to feel cool for a second and expand her horizons. Or she’s just thinking, “Wee! It’s like the '60’s because I have a flower crown!”and then goes right back to her life.

Either way, who cares? Let her be.

Again, it could be worse.

Remember, hipsters tend to do and hoard good things because, if they become mainstream, they get tainted. What if we encouraged and shared our hidden treasures and celebrated their success?

When I was 15, I saw Arcade Fire perform at a shitty club in Los Angeles when no one cared and I loved it so much. When they got famous, everyone started liking them and my initial instinct was to be disappointed. I wanted them to feel special to me (and only me) and now that assholes liked Arcade Fire, does that make me an asshole? If I tell people I like Arcade Fire, will they think I too am an asshole?

But then I realized that other people sharing my joy doesn’t cheapen my experience at all. More people are getting to know alternative music and more people are connecting through it.

And that made me happy.

Because that’s what art is about. It's not about who was there first, or changing the things you like just because someone annoying likes the same thing. You like what you like. Period. We should always support artists, their creations, and people coming together to enjoy it.

I know it's easy to look down on someone with different tastes than you. But try opening your arms to the ones who are at least trying and maybe, if you’re feeling the love, gently show 'em a thing or two?

Unless they’re assholes. Then keep walking.