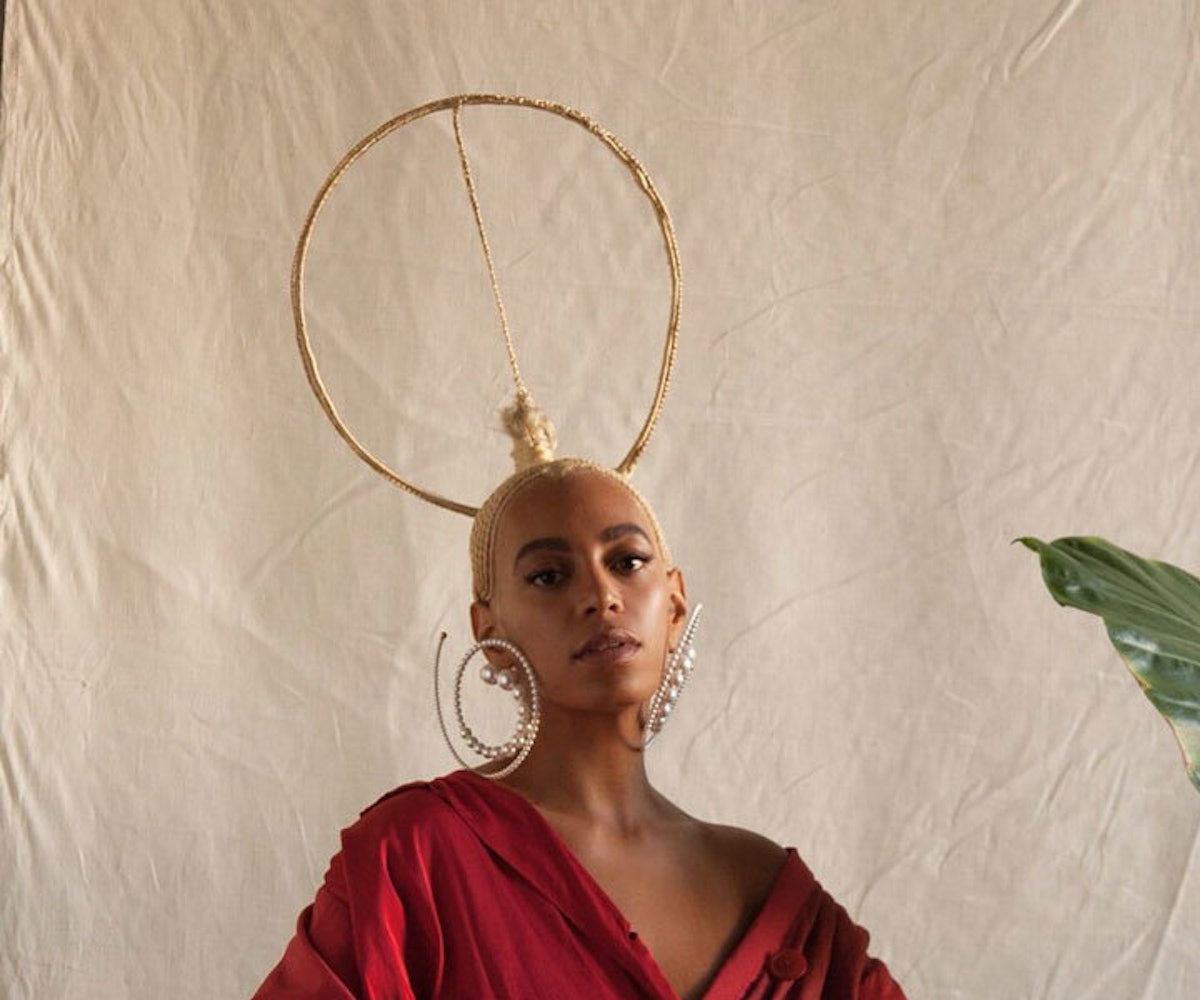 A lot of lessons were learned from Solange’s A Seat At The Table. The most important being do not ever (ever, ever, ever) touch a black woman’s hair. Evening Standard Magazine is finding that out the hard way.

Yesterday, the singer posted a picture on her Instagram, in which she dons a braided blonde circular updo. The style itself is ethereal, intricate, magnificent—a work of art, if you will—and represents the Orion constellation. The image was meant to be the cover photo for the London publication’s latest issue, and the caption “dtmh @eveningstandardmagazine” accompanied it. When you click over to Solange’s Instagram stories, though, you’ll notice (she points it out, too) that the bulk of her crown is missing from the actual cover.

Images of the full hairstyle can be found within the pages of the issue, but it’s clear that that wasn’t sufficient for Solange (and why should it be?! The cover is what everyone looks forward to!). The singer also points out the irony of the editors' decision, by bringing attention to the interview, where she talks in detail about the importance of hair to black women. She posted a screenshot of an excerpt that reads:

Braiding is important to Knowles. It is an ‘act of beauty, an act of convenience and an act of tradition’ — it is ‘its own art form,’ she adds. Every black woman has a personal journey with her own hair, and for Knowles it began in her mother’s salon which was a refuge — ‘a spare bedroom so to speak’ — for her as a young girl. Growing up there was pivotal. ‘I got to experience women arriving in one state of mind and leaving in a completely transformed way. It wasn’t just about the hair. It was about the sisterhood and the storytelling. Being a young girl who was really active in dance, theatre and on the swim team, the salon was a kind of safe haven.’

It’s unclear why the edit was made, and Evening Standard Magazine hasn’t put out any kind of explanation. But let this be a warning for other publications: don’t touch/alter/edit out our hair.