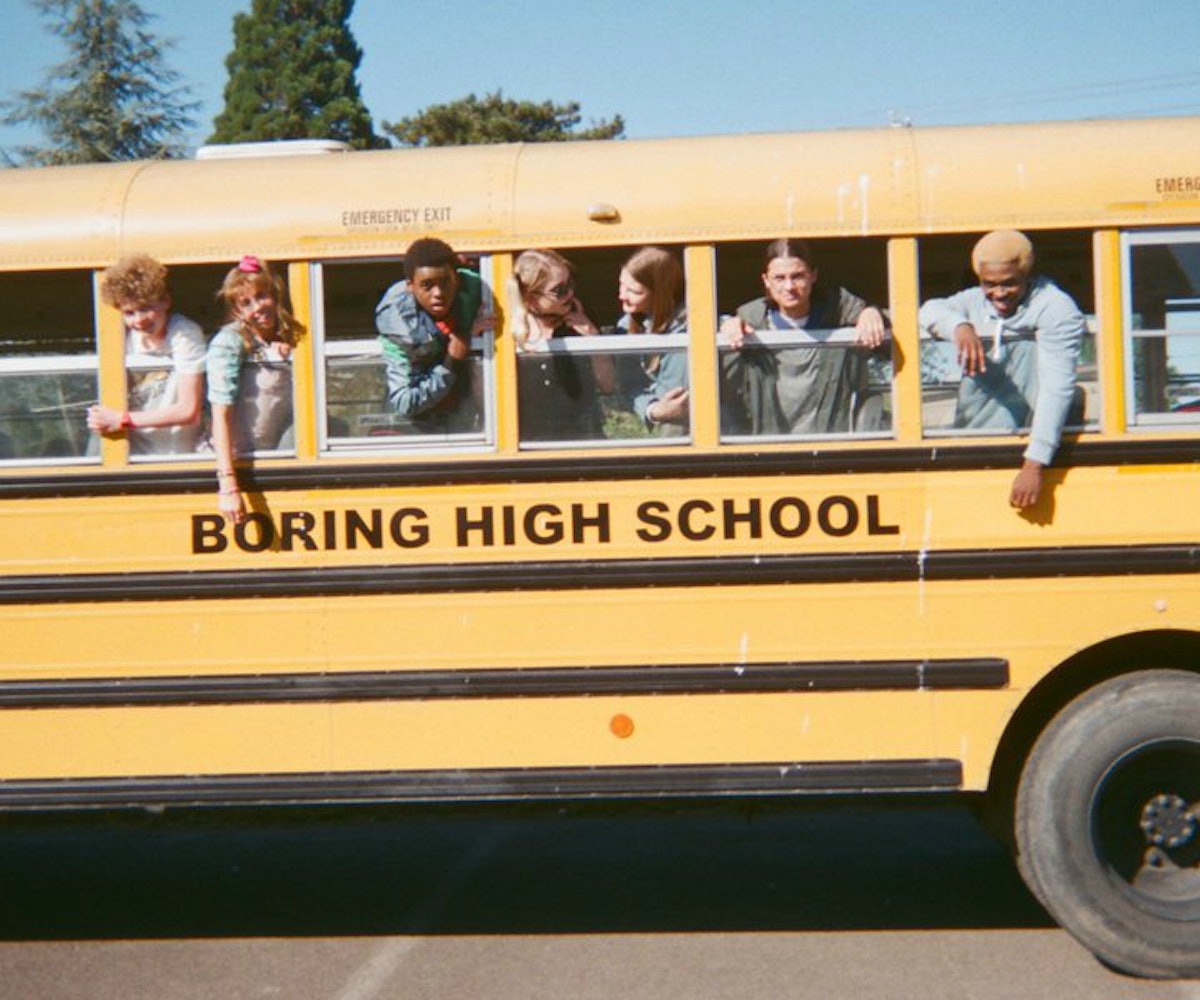 Bad news for fans of Everything Sucks!—the new Netflix original series that premiered back in February has just been canceled, according to The Hollywood Reporter. The decision to end the series, which many have described as the '90s version of Freaks and Geeks, is especially disappointing given how important it has become to fans in terms of positive queer representation for teens.

Everything Sucks! takes us back to 1996 and follows the trials and tribulations of the AV and drama clubs at a high school in Boring, Oregon, as they attempt to work together to make a film, directed by freshman Luke O'Neill. As it all unfolds, the show delves deeper into the personal lives of several of the main characters, including the principal's daughter, sophomore Kate Messner, who realizes she's a lesbian. Luke, who has a crush on her from the first episode, asks Kate out—but when she comes out to him, the two decide to keep dating...just, in a fake relationship to help hide her sexuality.

By the end of the season (and, unfortunately, the series, as it turns out) Kate winds up starting a new relationship with her crush, Emaline, a junior in the drama club. The first time they hold hands, the first time they kiss—basically every moment they have together—is so sweet and pure, it's truly a shame we won't be able to see their relationship blossom any further. Plus, the final episode ended on a cliffhanger, so now we're left with so many questions we'll likely never know the answers to.

"The entire show defies stereotypes," Peyton Kennedy, who plays Kate on the show, told BuzzFeed News last month. "There’s so little representation in regular mainstream media that it’s incredible to be able to convey so much in one show."

We're super proud of the show we made — and very proud that it found an audience of very passionate fans, for many of whom it became an important personal touchstone: either reflecting their current life, or an echo of their own teenage years. We are grateful to Netflix for the opportunity, but are very disheartened we won't be continuing to tell these stories.

The show's official Twitter account left us with a particularly emotional farewell tweet from Boring High, with a gif message that says "banana slug"—a reference to Luke and Kate's code word meant to preserve their friendship, just in case Luke fell in love with Kate during the course of their faux relationship. "If I find myself falling in love with you, I'll yell 'banana slug,' and you can head for the hills," Luke says in the fifth episode.

Anyway, if you need me, I'll be holed up in my apartment crying and rewatching the one season of Everything Sucks! that we do have (and if you haven't watched the show yet, I highly recommend you do the same.)