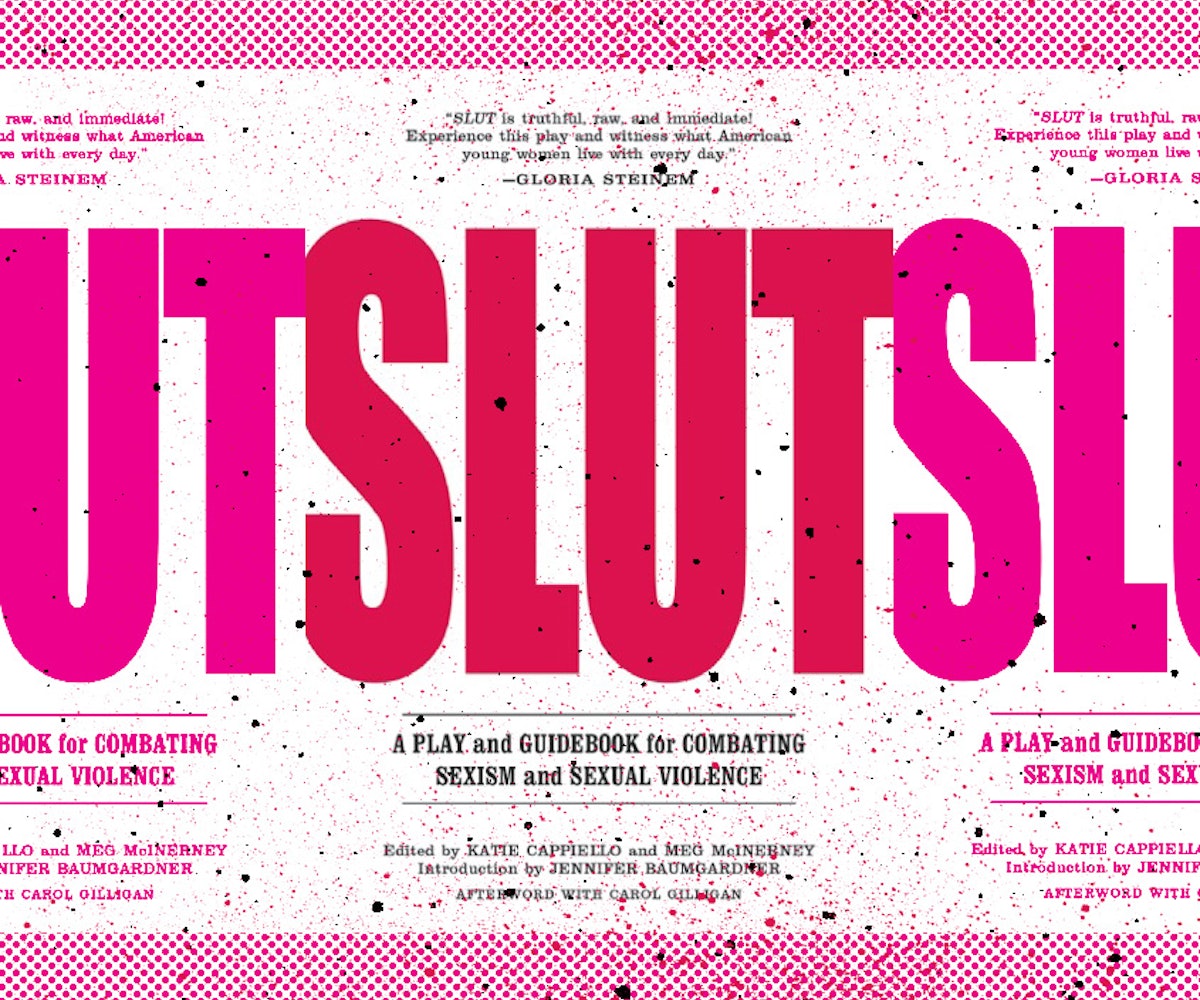 Slut: Just a word, right? Well... not really. As an insult, it's a way to shame women for their sexuality—but it's also a word that's used to justify rape. Slut, a play, explores those questions and more. It was created by The Arts Effect in collaboration with NYC high school students, and uses their experiences with sexual harassment and slut-shaming to shed light on the fact that girls and women live with an ever-present double standard and a constant threat of violence. The play makes for a riveting read. This edition, published by The Feminist Press and edited by Katie Cappiello and Meg McInerney, also includes essays by noteworthy feminists like Carol Gilligan and Jennifer Baumgardner.

Read on for an exclusive excerpt from Slut: A Play and Guidebook for Combating Sexism and Sexual Violence about being called a THOT, and let us know if you can relate. We sure can.

That Ho Over There

THOT. The first time I heard this word I never thought it’d be as popular as it is now—because of how stupid it is. Amazingly enough, this word has taken over with crazy force. Middle schoolers and forty-three-year-old women know what it means and many of them use it in their daily conversations.

Recently, my mom sent me to pick up my brother in my old neighborhood. I took the bus uptown to the Bronx and this older guy sat next to me. I try to do homework and I can feel him staring at me, but we don’t talk. Everything’s good. Then, as I was about to get off, he asks, “Can I get your number, sexy?” I simply said, “No.” It’s my number and I’m seventeen, and I don’t want to give my info out to some thirty-five-year-old on the uptown bus. “You aTHOT anyways,” he shouted at me, nice and loud— with this fuck-you-bitch sound to his voice. I caught his eye—shot him a look, but didn’t have time to respond, so I just brushed it off and went my way.

Then it hit me. I was just called a THOT by a thirty-five-year-old guy who doesn’t even know who the hell I am. To him, because I rejected him, I was one of “These Hos Out There.” I’m a piece of shit, a slut, trash because I didn’t want to give a stranger my phone number. He spit degrading words at me to make himself feel like a man again. And it made me want to punch a wall because it never ends.

Truth is, this is what we hear everyday. Girls are shamed and humiliated daily by men like that in public places because they don’t smile or strut or look in their direction or give out phone numbers. Most of us girls in the Bronx are known as THOTs or hos to the badass, gang-banger niggas on our streets. Just because we’re female. Female = THOT.

I have a friend named Anna who lost her virginity at a young age. The guy she lost her virginity to immediately went around telling everyone that he got into her pants. The next week her picture was plastered all over Facebook with the caption: “You’re not from the Bronx if you don’t know this THOT.” It broke my heart. But it’s typical. Anna likes guys, so Anna had sex...once. Expressing your feeling toward a guy (whether it’s “I’m into you” or “I’m not into you”) doesn’t make you a THOT. Nothing that you ever do makes you a THOT.

That day, I flagged and reported the picture— because that was my friend up there. We’ve all got to start saying enough is enough.

Slut: A Play and Guidebook for Combating Sexism and Sexual Violence, edited by Katie Cappiello & Meg McInerney and published by the Feminist Press, $15.16.