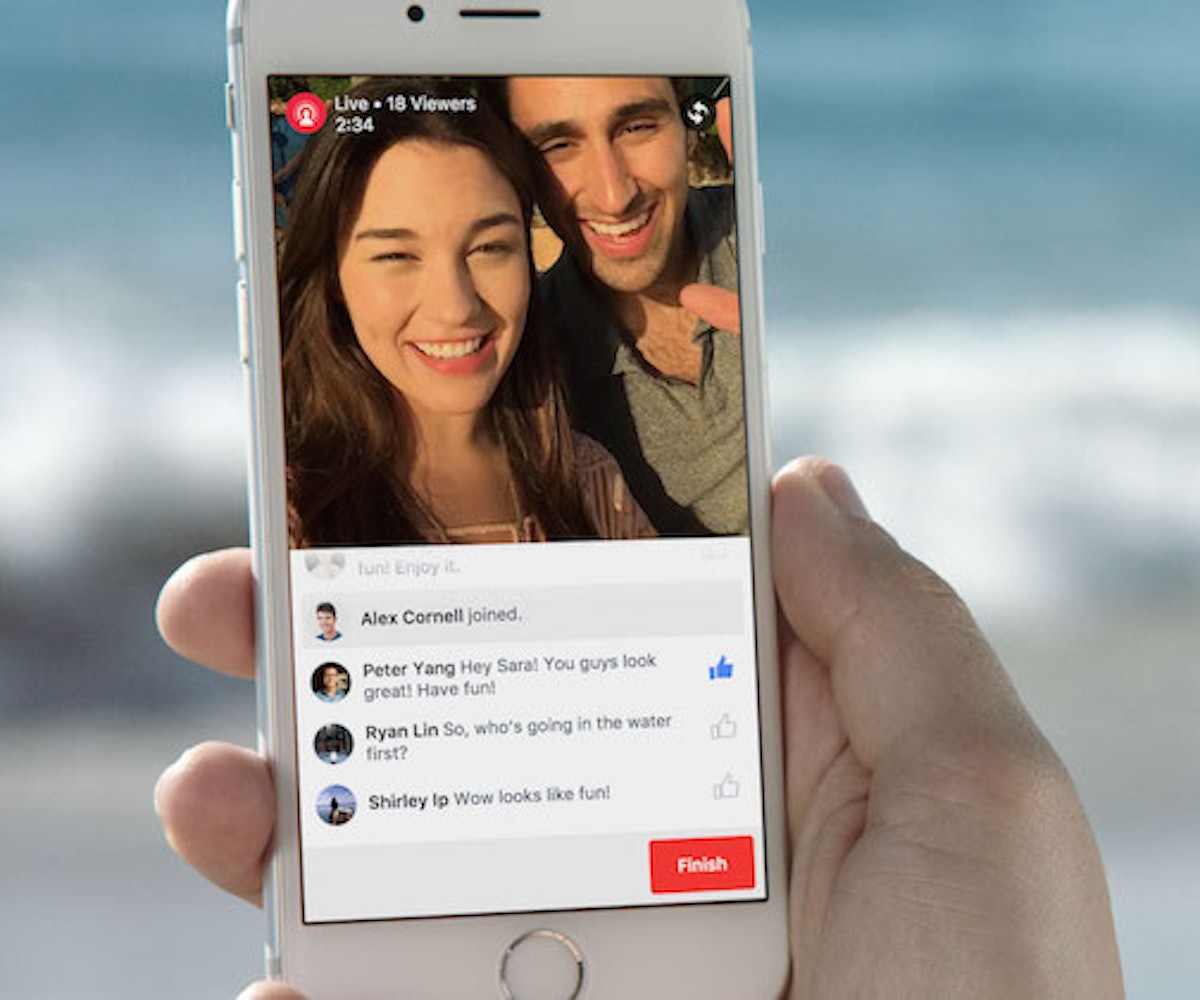 And away we go. Already, Facebook had told us this Periscope-like feature would be coming to the world’s dominant social-media platform—but, today, it arrived. Now iOS users can start streaming whatever they're doing as it happens through Facebook’s new “Live Video” feature. While live-streaming apps like Periscope and Meerkat have been popular, Live Video is enticing, literally one small tap away from your Facebook status screen. Really, it’s just a little icon right there. Go look!

Now, is a real-time video version of Facebook a little bit scary? Yeah, it totally is. This not only opens up the door for full-time, 24/7 narcissism, the posting of wildly inappropriate behavior, and other nasty things sure to spill out of this pandora’s box, but it marks the continued deterioration of our quickly eroding sense of privacy.

Then again, it’s also, honestly, a great opportunity for new forms of communication and entertainment. Also, let’s face it, privacy was pretty dead anyways. Might as well stream some cool shots of you getting wasted with your friends right? No, seriously, this could actually be fun.