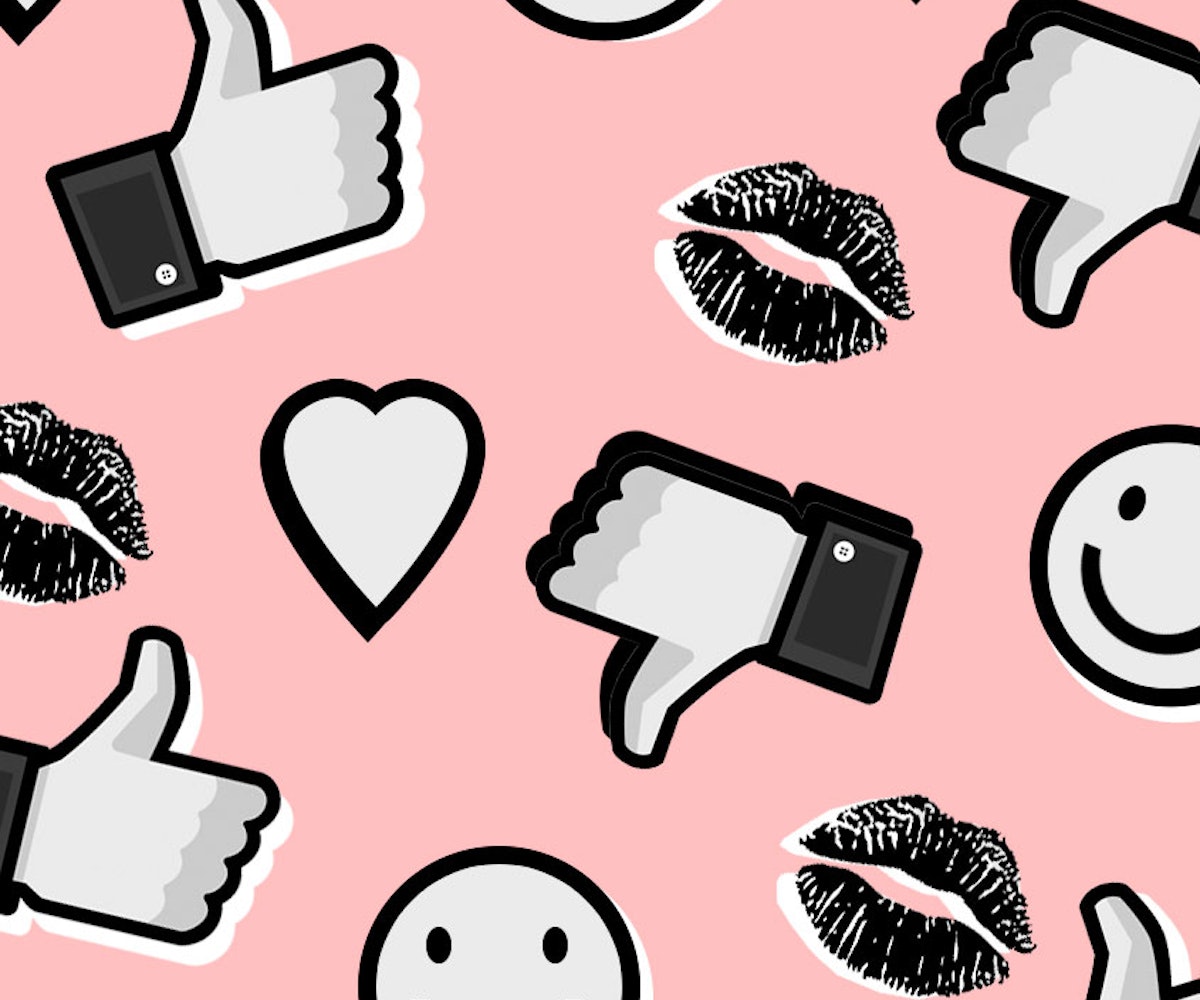 Not even 24 hours after launching Doodle, Facebook is already moving on to its next big feature. For years, users have requested the addition of a "dislike" button on the status bar. Instead, the platform is introducing a new feature called Reactions that enables people to reply with emoji-inspired icons. The drop-down menu will include seven choices: "Like," "Love," "Haha," "Yay," "Wow," "Sad," and "Angry."

Facebook broke the news with an introductory video along with the following description:

"As you can see, it’s not a “dislike” button, though we hope it addresses the spirit of this request more broadly. We studied which comments and reactions are most commonly and universally expressed across Facebook, then worked to design an experience around them that was elegant and fun."

Reactions will be available on desktop and mobile starting in Ireland and Spain on Friday, October 9. If the test runs smoothly (and no feelings are hurt), we might have our hands on this exciting feature soon!

NEXT UP
Culture
Kim Petras Defends Working with Dr. Luke (Again) As Kesha Trial Approaches
Entertainment
Red Velvet's "On A Ride" & 9 Other New Songs Out This Week
Culture
An Exhaustive Breakdown Of The Balenciaga Controversy
Entertainment
Megan Thee Stallion Says A New Album & World Tour Is Coming In 2023