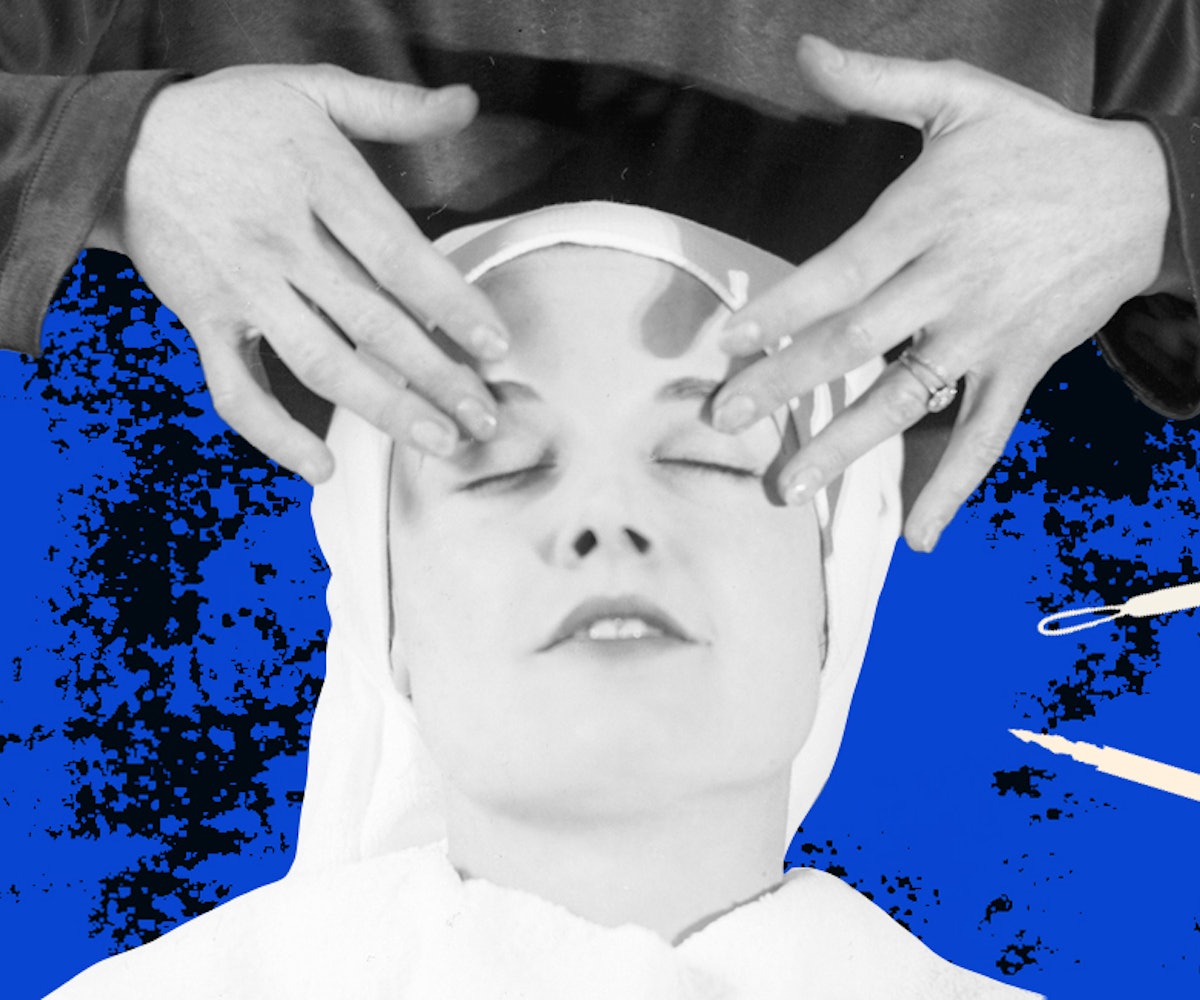 Unpopular opinion: Extractions—when an aesthetician takes a tool, or uses their fingers, to prod at your pores—are the worst part of getting a facial. Its purpose is to release the debris, bacteria, and oil that’s clogging your skin, and its target is whiteheads, blackheads, and blemishes with pus. (Cysts should never be an extraction target.) When extractions are done properly, you'll experience a mild discomfort; when done improperly, soreness will ensue. And for those who think that beauty is pain, extractions hold a real allure, since the discomfort involved is assumed to elevate you to Beyoncé levels of stunning. Which is why, lately, people have been as obsessed with extractions as they are with Queen Bey herself. Meaning, very.

If there's one person out there who's responsible for the recent uptick in extraction obsession, we'd have to say that it's dermatologist Sandra Lee, aka Dr. Pimple Popper. Lee is the skin-care professional who’s racked up over 2.7 million followers on Instagram and a loyal fandom of people who enjoy seeing blackheads, pus, and comedones (and more—so, so much more) picked out of patients' skin. It’s definitely a very specific visual fetish, but it's theorized to incite “euphoria” and “excitement” in those people who just love to see a pimple popped. And there's little doubt that the recent extraction craze is partly driven by the visuals—which isn't a new thing.

“It used to be Bioré strips, and now it’s gotten to the next level,” Kristyn Smith, a medical aesthetician and co-founder of Smith & Brit, says, referencing the best part of slapping on a Bioré strip: seeing the gunk that ends up stuck to it. People love it because they want to witness, or at least feel like they're witnessing, tangible results. It’s the same reason people are so drawn to products that tingle when applied (though this isn’t always a good thing): instant gratification. Smith says people’s love for extractions runs so deep, she’s had patients get upset because she doesn’t perform enough of them.

“It’s important to remember that I only have so much time to work with and sometimes I see other issues besides extractions,” she explains. But, she’s also not going to force something out of a patient’s skin that may not be ready, because that can lead to other issues. “Your skin is an organ, you have to treat it with respect.”

Although damaged skin is a worst-case scenario, it’s also a pretty common one, which is why some places are wary of performing extractions at all. Ask anyone in the U.S., and they’ll likely stand by extractions until their legs give out, but the fascination isn’t nearly as extreme elsewhere. Smith worked with Asian skin-care powerhouse brand Shiseido for a while and says extractions weren’t part of the facial process. “We were really about rehydrating the skin, and we weren't big on aggressive exfoliation, either,” she says. “We were really big on healing and repairing tissue.” She said a big reason for this may be because Asian skin is more delicate and sensitive, “so they’re a little bit more reserved about 'injuring' the skin.” But it can also be chalked up to the specific desire of the American consumer. “I do think the extraction craze is more of an American thing than anything,” she says. “We're the ultimate consumer, we want everything perfect.”

Spas like Paul Labrecque in New York City, that have adopted a more European approach to beauty, also don't love doing extractions. Aesthetician Micheline Reboh says that she’ll perform them, but only when she deems it absolutely necessary. The overall philosophy, though, is that the products used during treatments are supposed to do the work of exfoliating and toning and purifying for you. It’s preventative, to stop your skin from ever getting to a point where you need to have extractions done.

Whether or not the process is good for you has always been up for debate. And you’ll get a different answer depending on who you ask. Celebrity aesthetician Graceanne Svendsen at RealSelf contributor Dr. David Shafer's practice doesn’t think it’s a black and white issue. She’s pro-extractions but also recognizes the importance of finding someone who knows what they’re doing and who will take the time to get to know your skin. “I think it’s the same as injectables, it all depends on the shooter,” she says. “It's not a simple one-size-fits-all, it needs to be customized to the patient's desires and the patient's skin condition. It also needs to be done by an experienced professional, someone who's willing to prep the skin properly and understands what different lesions are, who uses the right tools and the right sanitation method.”

And if you wouldn’t categorize yourself as an “experienced professional,” you shouldn’t play doctor on your skin, either. All of the skin-care professionals I spoke to advise against doing extractions at home. It can be tempting, given the number of tools readily available, but many DIYers don’t take the proper precautions, Smith has noticed. “There’s this whole process that’s usually skipped when we’re in front of the mirror late at night, picking at our faces,” she says. “People don’t prep the skin before or properly sanitize or use an antibacterial product afterward.” These are all necessary steps in the extraction process. Sure, you can try to do them yourself, but your skin might end up worse than before, so proceed with caution.

If you absolutely must—like, job-interview-the-next-day must—extract something like a pimple, Smith recommends taking two Q-Tips and applying pressure to the blemish after having sanitized the area. “That's a good way to extract it without injuring the skin,” Smith recommends. “Because cotton can't injure the skin and you can't apply enough pressure with a Q-Tip to actually break the skin.” If you can hold off, though, she recommends using a spot treatment in lieu of breaking the skin. Her favorites are Indie Lee’s Blemish Lotion and Environ’s Sebuspot.

But when in doubt, leave the dirty work to the experts.