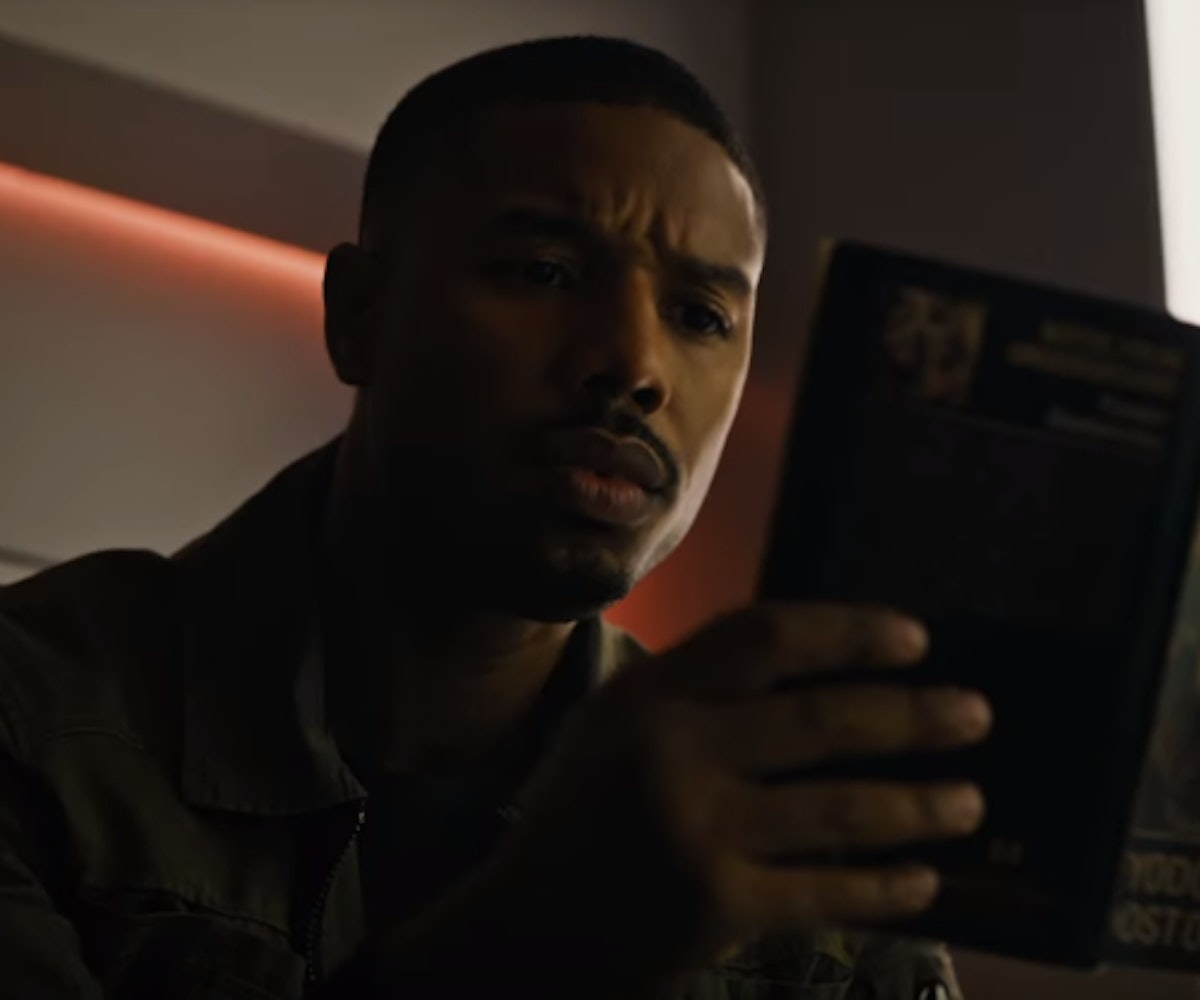 Since January, HBO has been releasing snippets of its highly anticipated film adaptation of Ray Bradbury's dystopian novel, Fahrenheit 451. So far, we know that Michael B. Jordan will star in the film as Guy Montag, a law enforcer in charge of burning books to prevent people from learning and, as such, rebelling. We also know that the government controls almost all aspects of society and that Montag's neighbor Clarisse McClellan (played by Sofia Boutella) is the driving force behind his transformation from an evil firefighter to a government rebel.

While all of this is a lot to take in (not to mention, somewhat reminiscent of our government now), the cable network just unveiled the first full-length trailer for the movie, which reveals much more of the film's plot.

In the new visual, we see that the government controls people via pharmaceuticals. When Montag asks his smart home if firemen used to put out fires, it tells him it is a "classic lie," before instructing him to use questionable eye drops. "I got things inside my head that don't make sense," Montag says in the trailer. "Dreams that I can't explain."

Eventually, his curiosity to learn what actually happened gets best of him. It's not long before he starts rebelling and Montag's supervisor, Beatty, and the rest of the government are on to him.

The film premieres on HBO on May 19. Watch the madness unfold in the full trailer, below.