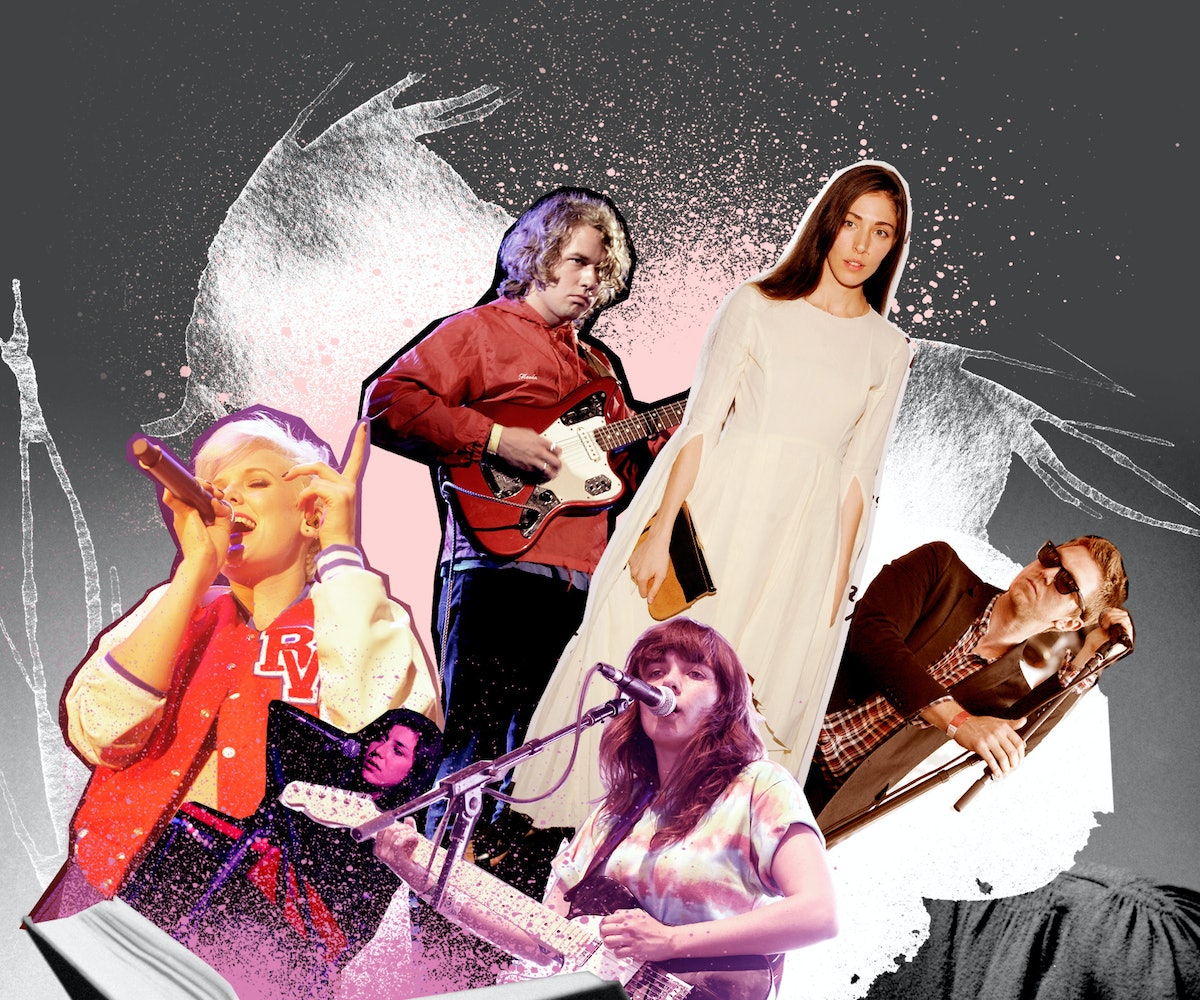 Between traveling the world, the backstage perks, and festival VIP schwag, there's one aspect of a touring musician's life that's a little bit less glam that you might expect: the long hours of downtime spent in the van. Eager to know how some our favorite performers pass the time between gigs, we asked them what they're reading these days.

"I'm reading Office Wife by Jerry Weil which is a scorching novel about the executive sex-jungle that I got a rest stop hotel in the UK."

"This summer I'm finishing the Sprawl Trilogy by William Gibson from 1984, of Neurmancer, Count Zero, and Mona Lisa Overdrive. Gibson predicted drones and the Internet, but what really gets me are the 'subcultures' he gets into, like holographic camoflauged art punks and week-long luxury dreams for the wealthy while they recover from plastic surgery."

"I'm reading The Letters of Vincent Van Gogh, which is basically a collection of correspondence from Vincent to his brother Theo. I entirely recommend it, but not for the faint hearted. It is a blazingly honest look into the depths of a man's struggling soul.”

"The Art of Worldly Wisdom by Baltasar Gracian is an easy read of 300 aphorisms that offers some good advice on living in the world. Though it was written over 300 hundred years ago, its philosophy is still relevant. This dude was a ordained minister who was banned from his home for publishing his thoughts without permission. Pretty rock 'n' roll if you ask me!"

"Brené has a way of writing that reminds me so much of my mother — she speaks with such an empathetic authority that you know she knows how you feel. You know that Brené has struggled with vulnerability and shame just like everybody else in the world and she truly wants to help you understand fear so you can overcome it."

“I'm re-reading Swann's Way. I'm actually sort of perpetually reading it because it's too dense to get through in one linear attempt. But it's hands down my favorite book and I like to revisit it when I need to quiet down and remove myself from the Internet.”

“I’m currently reading Last Train to Memphis: The Rise of Elvis Presley by Peter Guralnick. Young Elvis lived in a non-wealthy section of non-wealthy Tupelo, MS and Memphis, TN, and liked to wear a lot of pink, which was unusual in either place. He was kind of a rebel without a cause, but then he found his calling, and the success story is pretty entertaining. His junior prom picture shows a young girl with what looks like a cardboard cutout of the King…he’s just already totally there, and he’s like 16.”

"My Brilliant Friend by Elena Ferrante is exceptionally cinematic; addictive. A story about friendship and finding one's own path."

“Just Kids was my entry point into Patti's career, and after finishing it, all of her previous work made a lot more sense to me and I became an obsessive fan. My favorite parts ofJust Kids are the stories in the beginning, when she first meets Robert Mapplethorpe and they are living together in Brooklyn with no money, listening to records and making art and surviving by sharing .80 cent grilled cheese sandwiches. I can't help but relate to all of it, as it's so similar to the way my friends and I all lived, in Brooklyn, when we were the same age. But it's fun to imagine their experience as opposed to ours, a pre-Internet, pre-Brooklyn-Boom New York. I ended up meeting Patti by chance a few months after finishing it the first time. Hopefully rereading it a second time will hold the same fate.”

"Apart from increasing the level of actual synchronicity in my real life, reading Carl Jung's Synchronicity has been a pleasant stroll down subjectivity lane. In it, Jung subtly introduces the concept of a woven fabric of time and space that brings us together — past the laws of causality and the physical world — a mutual resonance between individuals beyond our understanding.

As we each reflect the grandiose forces of the universe on a micro level, repelling and attracting events and other individuals, the solar system simultaneously plays the backdrop to our personal dramas on this planet, sweeping us up in greater cycles. All I gotta say is I'm a fan of attributing meaning to this process; I'll take Jung's ‘meaningful synchronicity’ over ‘pointless coincidence’ any day."

"I just finished The Wayward Bus by John Steinbeck. A deep, dark psychological story about strangers stranded after a bus breaks down at a mid-California lunchroom. My favorite element is the way there is no 'main character' and everyone's inner dialogue is explored."

Doubleday The Art of Worldly Wisdom by Baltasar Gracian, $11.75, available at Amazon.