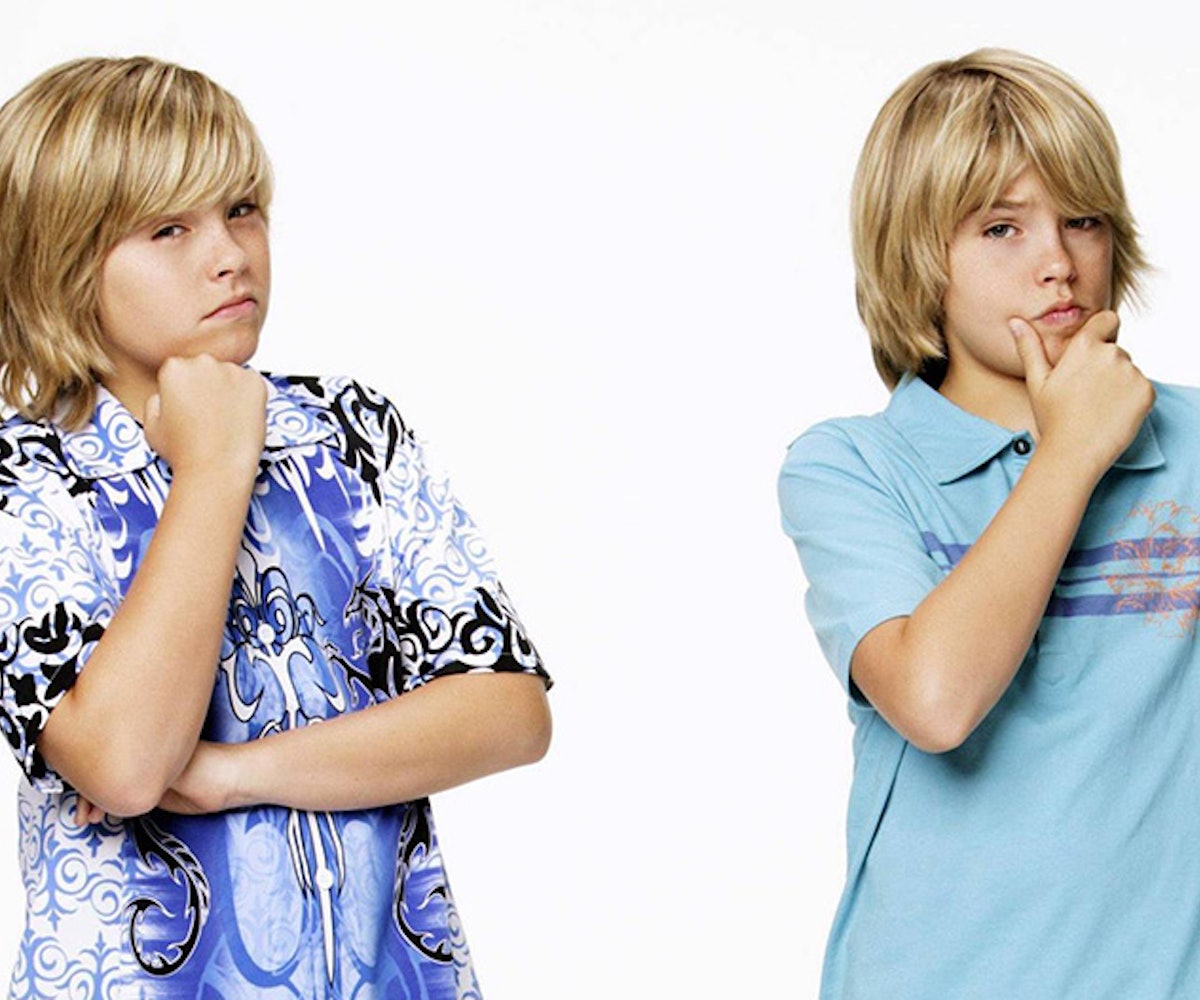 Graduation season is in full gear, which means caps, gowns, and a whole lotta pomp and circumstance will be clogging your Instagram feeds. So in that spirit, we present you with a special college edition of "Stars, they're just like us!" The following eight celebrity young ones have just graduated univeristy, or are nearing completion of what are typically sold as the best four years of your life. Normally, we'd offer up some life advice, but something tells us they'll be just fine.

The Suite Life of Zack & Cody alums shed those Disney chains a while ago when they enrolled in NYU's Gallatin School of Individualized Study. One twin had a nude photo scandal; the other played it super cool. Dylan majored in video game design and Cole majored in archeology—which isn't too far from his fictional dad's career on Friends. (Yes, that's Ben Geller!)

Sofia Vergara and fiancé Joe Manganiello flew out to Boston to cheer on Vergara's son Manolo. He graduated with a Bachelors of Arts degree and you best believe Vergara documented it all on Instagram. Proud mama, indeed.

The daughter of New York City Mayor de Blasio has never let her father's position get in the way of her self expression. She's been known to rock flower crowns and speak candidly about her history with depression and addiction.

Yes, the boy king of Game of Thrones is a senior across the pond. The Trinity College student majors in philosophy and theology. Don't expect to see Gleeson on either the big or small screen anytime soon, though. He announced he was retiring from acting after that infamous wedding.

Fanning needs no introduction. She's elegantly found a way to balance her career with her studies. Luckily for her, she's enrolled in the university's Gallatin school (the same one at the Sprouse twins), which she says is, "designed to be much more independent and classes are individually structured, so everything is tailored around the person and their individual needs."

The Hunger Games alum and Vikings actor is a theater major at University of Southern California. He's also member of one of the school's most exclusive fraternities: Phi Kappa Psi. How very.

Another Hunger Games alum, Quaid is the son of Dennis Quaid and Meg Ryan. He's got himself a pretty kooky YouTube sketch channel, which he'll hopefully continue doing after he graduates from NYU's Tisch School of the Arts.