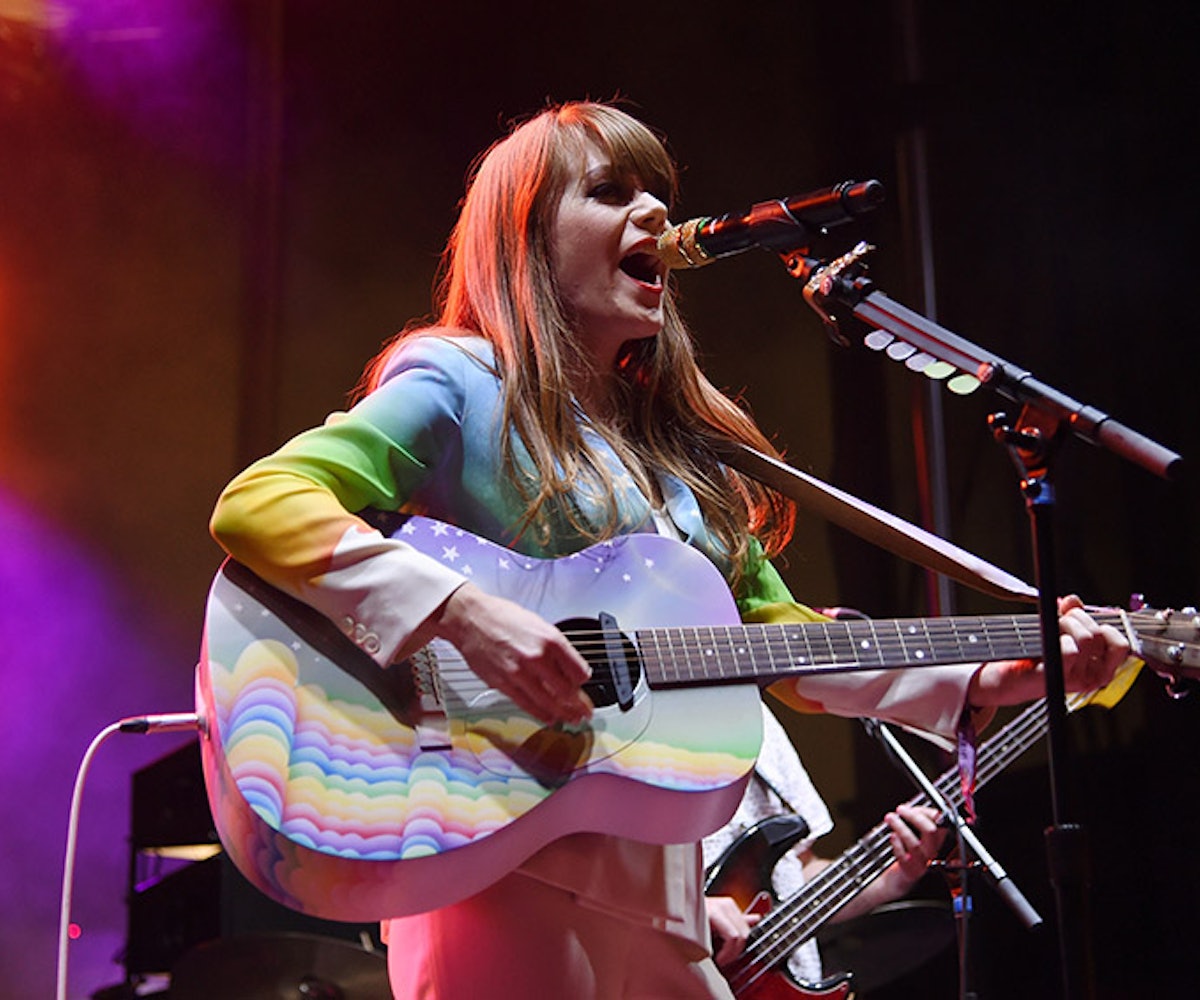 The dangers of a man reviewing a woman’s music—or a woman’s artistic creation of any kind, really—are many. He can easily revert to speaking of her as a female artist alone, conjuring up uneasy echoes of declaration that she is “good for a girl.” Or, he may fall into a downward spiral of objectification (ahem, Art Tavana). But when Father John Misty proclaimed Jenny Lewis’ new band, Nice As Fuck (or, NAF), as one of the greatest bands of the past 25 years, he, oddly enough, did none of the above.

On June 24, NAF (comprised of Jenny Lewis, Erika Forster of Au Revoir Simone, and Tennessee Thomas of The Like), released their self-titled debut album. But just a few days before, when presenting first single “The Door,” NAF decided to give fellow musician Father John Misty the chance to try his hand at being a music reviewer. And what a reviewer he is.

Misty dissected the issue of the patriarchy, stemming even from the issue of God (“a MALE one,” he writes), and goes on to say that he won’t call NAF a girl band, since “do you describe RADIOHEAD as an ‘ALL OPPRESSOR BAND’ NO YOU DON’T.” He refuses to “blatantly man-splain their musical DNA,” but rather praises the fact that at last it is time for a “conscious band to come along and talk power dynamics, talk love, talk guns, talk cookie lips, talk fear, talk fantasy, talk reality (enough with the pizza punk about cats)."

To be clear, Misty himself isn't exactly known for being a feminist, and his "review" is, at best, a parody of a self-important music writer who thinks that he understands how patriarchy affects the world. Let this be a warning to fellow music writers out there—don't follow in his footsteps.