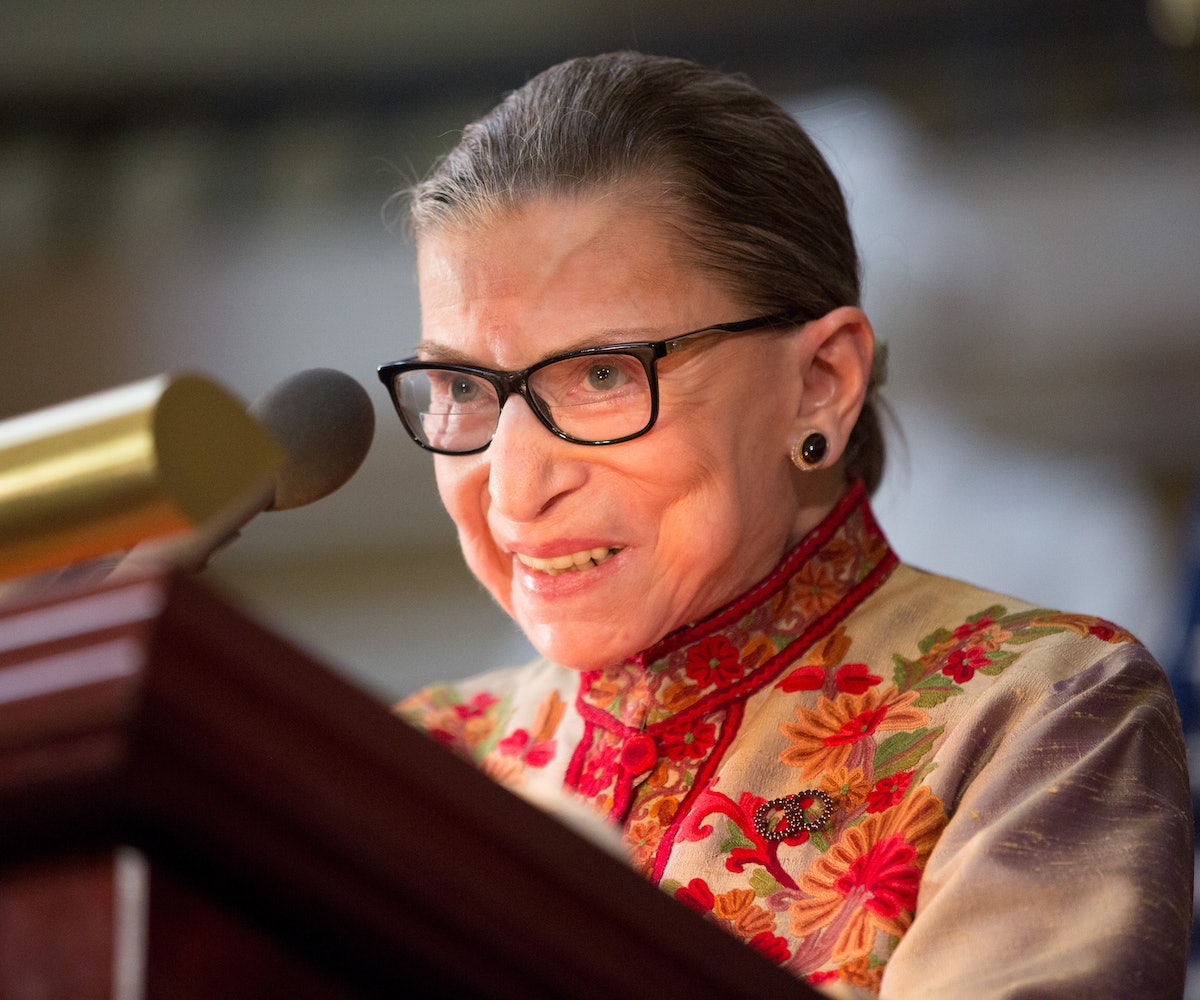 Felicity Jones will star as everyone's favorite Supreme Court justice, Ruth Bader Ginsburg, in the upcoming biopic On the Basis of Sex, according to Variety. Filming will begin in Montreal this September.

Daniel Stiepleman wrote the script for the film, which made the 2014 Black List for best unproduced scripts; Mimi Leder (Pay it Forward, Deep Impact) will direct. The story follows Ginsburg's fight for equal rights throughout her long career.

Appointed to the Supreme Court in 1993 by then-President Bill Clinton, Ginsburg became the second female justice after Sandra Day O'Connor. Now, at 84 years old, Ginsburg remains one of just three women on the Supreme Court, along with Sonia Sotomayor and Elena Kagan.

This project has been in development since 2015, and Natalie Portman was previously attached to play Ginsburg. Jones starred in Rogue One: A Star Wars Story and received a best actress Oscar nomination for her role in The Theory of Everything. We can't wait to see her bring this feminist icon to life.

But the real question is, will she be as good as Kate McKinnon?