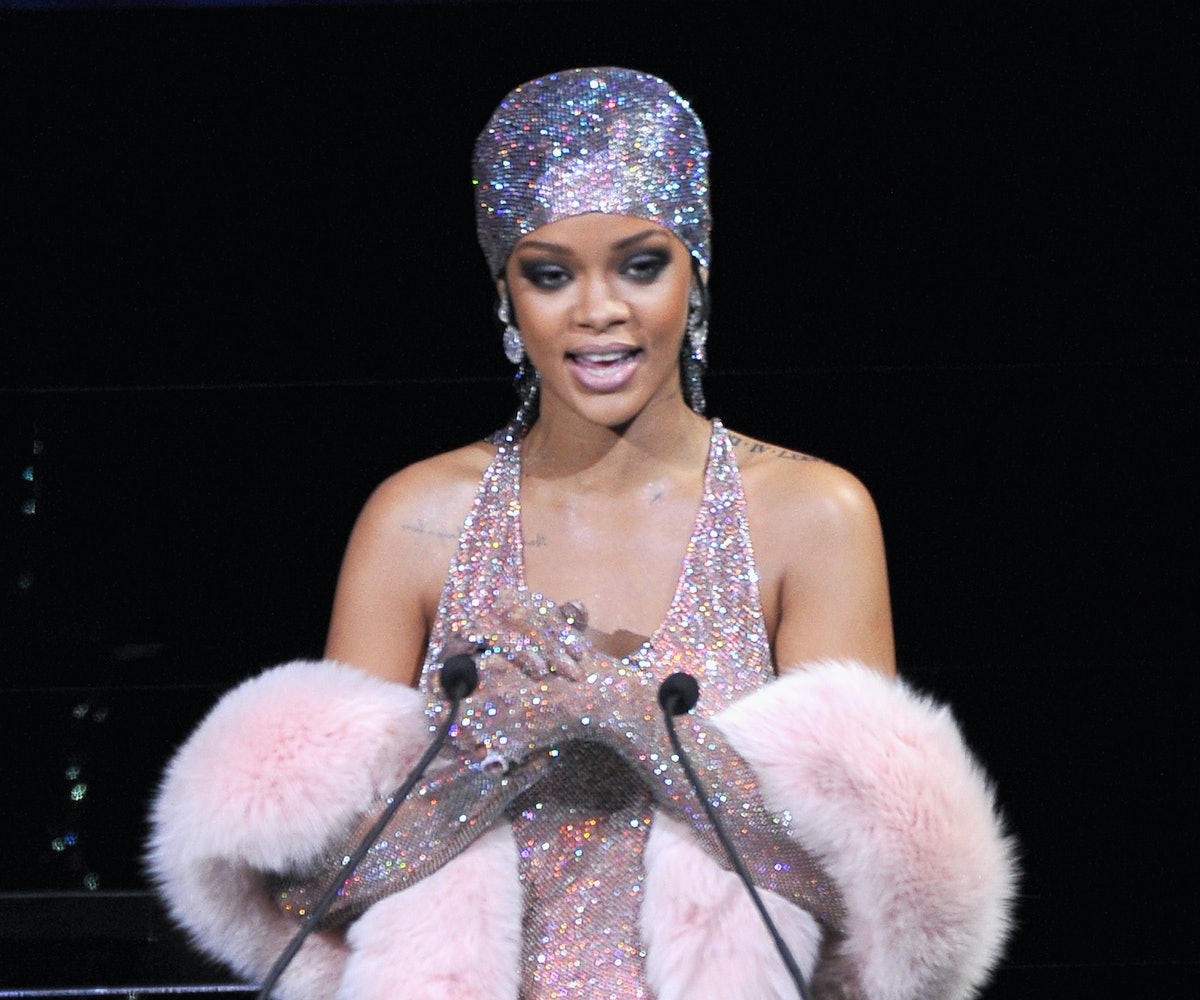 Fenty Beauty’s first birthday is almost here, and to celebrate, Rihanna is dropping two shiny new products: a lip gloss and a highlighter. And, of course, they’re both inspired by diamonds, because Rih Rih wants everyone to be able to shine bright like one.

First and foremost, there’s a new Gloss Bomb in town: Diamond Milk. The new shimmery pearl gloss boasts the same oversize wand, peach-vanilla scent, and non-sticky formula as the fan-favorited Fenty Glow. Rihanna herself describes the new shade as a “dewy highlight for your lips.” Sold.

The new Diamond Bomb All-Over Diamond Veil highlighter is what will really make you sparkle. The formula can be used on the face and body and the shade name is How Many Carats?! As Rih says, "You can never have enough diamonds! This is the closest thing to bathing in it." According to the press release, Diamond Bomb was inspired by that iconic crystal-coated dress that Rih wore to the 2014 CFDA Awards; you may recall Rihanna describing the look as Swarovski crystals covering her tits. If we could only choose one of her red carpet looks to emulate, it would have to be that one.

The two new products will be available in stores and online at Sephora and at the Fenty Beauty website starting September 7, almost exactly a year after the line’s first drop. The new Gloss Bomb will sell for $18, while the Diamond Bomb All-Over Diamond Veil will go for $38.