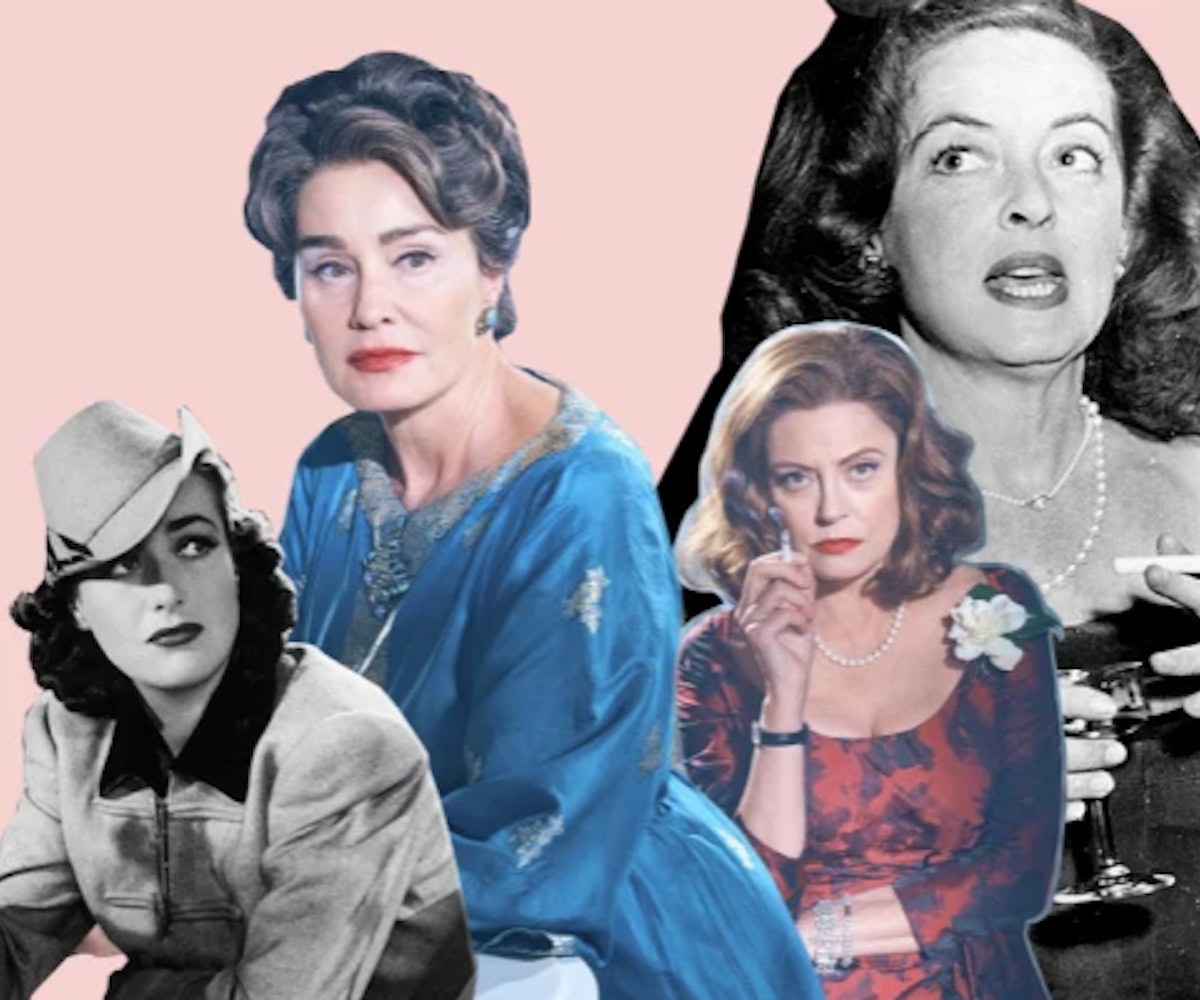 This fourth episode of Feud: Bette and Joan is the weakest so far because long sections of it are devoted to delivering a Very Special Message About Women in Hollywood. The best scenes here are the ones that dramatize this issue while the worst ones almost entirely halt the narrative for statistics on women and pep talks on the need for female film directors.

What Ever Happened to Baby Jane? is about to be previewed, and everyone is nervous about its prospects. “You heard the picture’s stinko,” says Susan Sarandon’s Bette to a junior rep at her talent agency. Jessica Lange’s Joan confronts her own agents at William Morris in a black fur hat ensemble that evokes memories of the outfit that Faye Dunaway’s Joan wore in the notorious scene where she tells off Pepsi executives in Mommie Dearest, but Lange’s clothing is far more scaled-down and less cartoonish.

Sensing disaster ahead, Bette takes out an ad in the trades indicating that she is a mother of three who is ready for work before retreating to her home in New England. Pauline (Alison Wright), who has worked as assistant to director Robert Aldrich (Alfred Molina) on Baby Jane, goes to Crawford’s house to offer her a script and tries to get Joan’s maid Mamacita (Jackie Hoffman) on her side.

Pauline’s script is called The Black Slipper, and she makes it sound like a combination musical melodrama and prison movie that would be red meat for Joan. But Pauline wants to direct the script herself. Dorothy Arzner was the only woman directing studio movies during the classic Hollywood period, and Arzner had made her last feature in 1943. Only Ida Lupino, an intense 1940s star, had managed to direct some independent features and some television during the period depicted on Feud.

“A woman director?” asks Joan, when Mamacita tells her about Pauline’s script. “It really is over,” she murmurs. Crawford had worked with Arzner on The Bride Wore Red in 1937, which is around the time she was branded “box office poison” by a theater exhibitor. So, it feels like Joan associates being directed by a woman with this first period of decline in her career. Arzner’s name is not mentioned in this episode, but she would go on to direct Crawford in a Mountain Dew commercial in 1968. (Given the intent of this series, it would be odd if they didn’t treat this commercial in a subsequent episode.)

Baby Jane is a surprise hit, and Joan is besieged by fans at the preview. We see Bette gamely singing the theme song from the movie on the Andy Williams Show, and Sarandon puts over this ditty exactly as Davis did, right down to every arm gesture and nervous swoosh of her green dress. Joan is not happy about the reviews for their film, which praise Davis and mainly slam her, and she is worried about missing an Oscar nomination. “Yes, all right,” Judy Davis’ Hedda Hopper says as she tries to reassure Crawford. “She plays a lunatic… but you play a cripple!”

And then Joan has a scene with Pauline where she suddenly starts talking like a modern-day cinema studies major about how women were phased out of directing films in the studio era. “I was there,” she says, but Lange’s Joan is referencing filmmaking in the 1910s and early 1920s, not the mid-to-late 1920s when Crawford first came to MGM and the only female director left was Arzner. She finally tells Pauline that she cannot entrust her career at this point to a nobody. “My last chance is not going to be your first,” Joan says.

Studio chief Jack Warner (Stanley Tucci) goes to see Crawford at her home to convince her to publicize Baby Jane, but he finds her drunk at 11am. When she comes on to him in an aggressive way and he brushes her off, Lange’s Crawford turns on a dime into rage and contempt for him. Disappearing further into the bottle, Joan is also not pleased when she sees Bette calling them both a couple of “old broads” on the Jack Paar Show, and she telephones Davis in a drunken haze to order her to cease and desist. It becomes clear that Crawford finds it difficult to handle success whereas Davis revels in it. For Crawford, success meant that there was nothing to fight for, and that made her anxious.

We see Aldrich directing a thuggish Frank Sinatra (Toby Huss) on the set of 4 for Texas (1963), where he is unable to stop Sinatra from verbally abusing the cast and crew. Huss is very intense and convincing as Sinatra in this scene, which points up that working under a powerful male star with a taste for degrading people is far worse for Aldrich than when he was dealing with the insecurities of Bette and Joan on the Baby Jane set.

Warner steadily belittles Aldrich, and then Aldrich belittles Pauline after he had been encouraging about her script, and the power dynamics in this chain of events put across the intended message far more convincingly than all the direct dialogue does. This episode ends with Joan’s cry of anguish when she learns that she has not been nominated for an Oscar for Baby Jane, a semi-campy sound that sets up the drama for the all-important fifth episode at the Oscars next week.