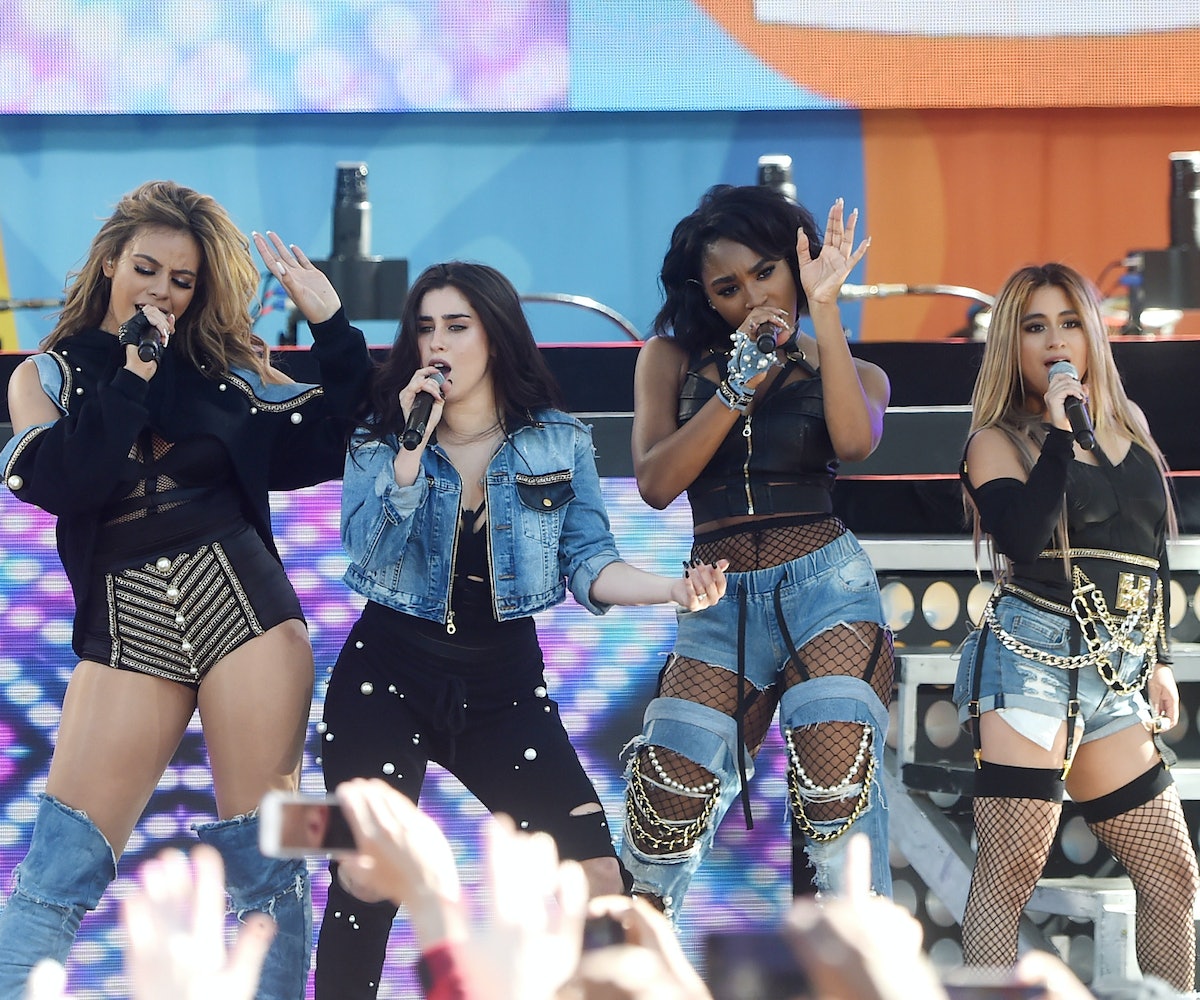 Fifth Harmony has had a whirlwind of a year. The group has held their own since the tumultuous departure of former member Camila Cabello, from performing at this year's People's Choice Awards to playing concerts all over the U.S. this past year.

After posting cryptic messages on social media about their mysterious forthcoming single, the group finally premiered "Down." It's the first single for the group as a quartet.

They performed the snappy track live on ABC's Good Morning America this morning, bringing out Gucci Mane to showcase his featured verse on the track. The track follows the mature sound from group's popular sophomore release, 7/27, which included chart-topping singles like "Work From Home" and "All In My Head (Flex)."