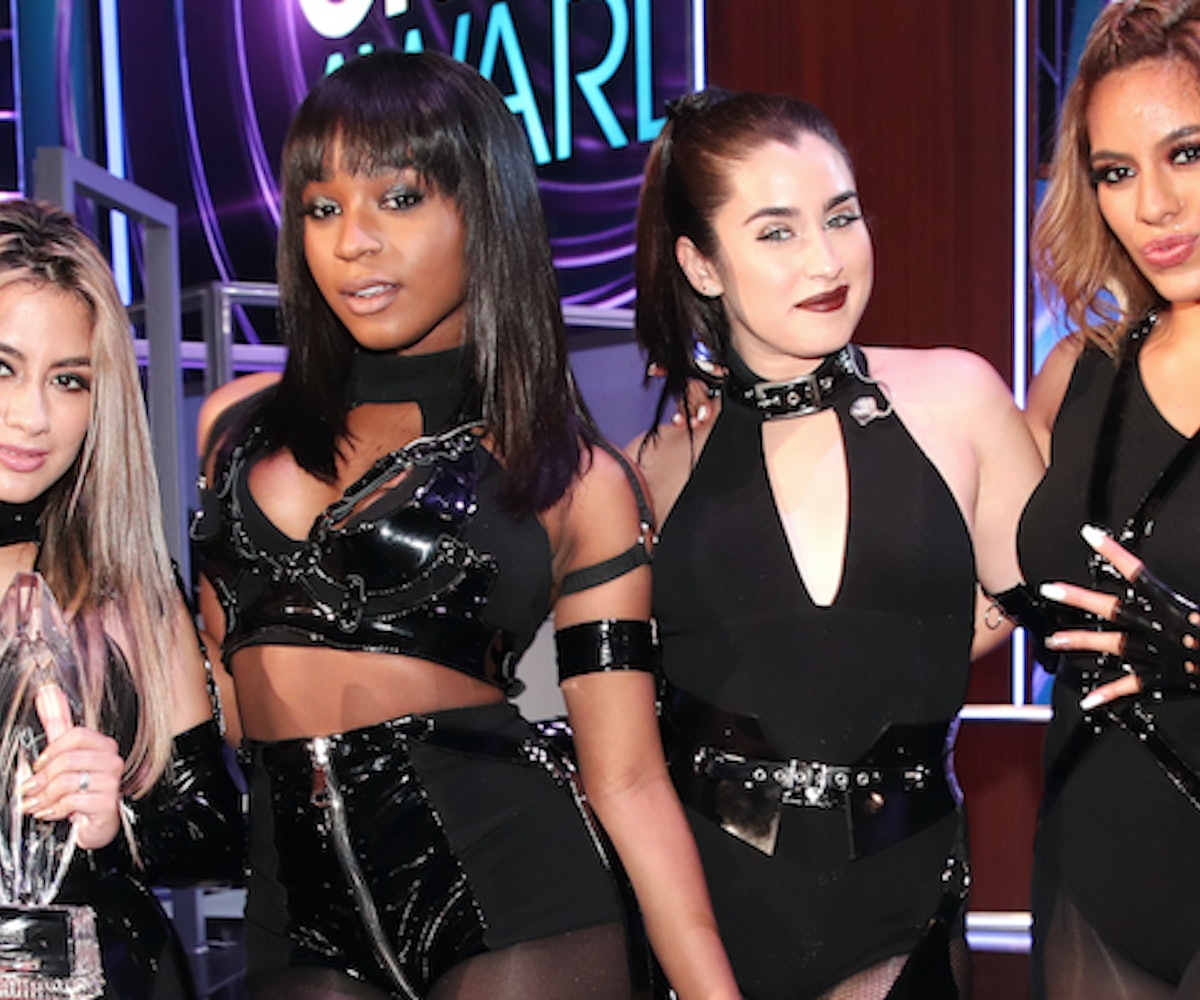 After a successful six-year run, Fifth Harmony announced that they will be going on an indefinite hiatus. Remaining group members, Normani Kordei, Lauren Jauregui, Ally Brooke, and Dinah Jane, announced the news in a statement via Twitter today, noting that they "need to take some time for now to go on a hiatus from Fifth Harmony in order to pursue solo endeavors” in order to "stay authentic to ourselves and to you.”

The announcement comes over a year after Camila Cabello announced that she would be leaving the group in order to pursue a solo career. At the time of her departure, Kordei, Jauregui, Brooke, and Jane reassured fans that they would continue on as a group without Cabello while also pursuing their solo careers. The group's hiatus will go into effect following their final run of tour dates, which will span until May 16.

"We are all very excited and grateful to be able to take this time to learn and grow creatively and really find our footing as individuals," they wrote. "In going this we are allowing ourselves to gain new experiences, strengths, and perspectives that we can bring back to our Fifth Harmony family."

You can read the group's statement in full, below.