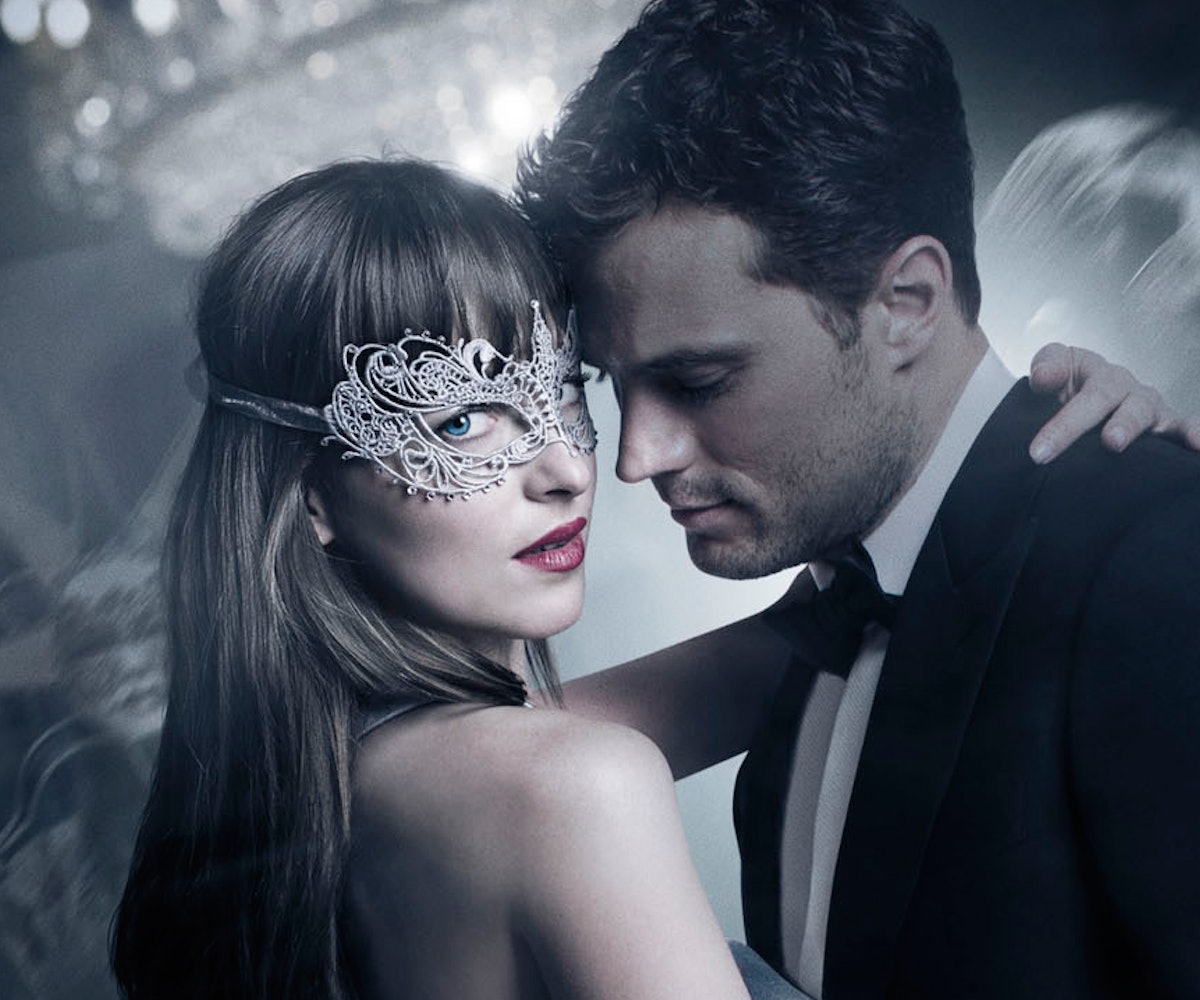 If you're electing to sit down and watch Fifty Shades Darker, chances are you know what you're getting yourself into. You know you're not going to watch something riddled with deep meaning. You know it's not going to leave you stunned at the end, silenced and lost in your thoughts like Arrival might. You're going to watch a story of two very attractive human beings tangled in a taboo sexual love affair just trying to learn how to communicate better with one another—like we all do in relationships, dammit! It's eye candy with minimal cranial effort. And yet, after a screening of the Fifty Shades sequel this past Wednesday, I was left with more questions than I had even expected. (Confession: I only read the first Fifty Shades book and Grey, so I'm in the dark as to what happens in the final installment. Sorry!)

But before I get into all of the plot conundrums, let me answer one question I'm sure you're all wondering: How was Rita Ora? She was great! A revelation, in fact. The bob wig is gone, and she genuinely made the screen light up. I hope she and Dakota Johnson's Anastasia Steele become friends. Ana needs friends and Ora makes Christian Grey's sister Mia seem really nice.

Johnson, too, plays Ana better than she should, which, in turn, makes the movie better than it should be. I think I'm a Dakota stan.

Now, how much darker does Fifty Shades Darker go? Not that much, but, hey, I could be wrong and wholeheartedly desensitized towards BDSM and mom-erotica. Anyway, on to my questions, which take the place of any sort of deep analytical story, because, truthfully, I don't even know how it's possible to read too much into what was happening on screen. Case in point: After doe-eyed Ana lays down the whole "I'm not going to be with you until you tell me about your past" rule, Christian responds with, "My mom was an addict... crack. You can fill in the blanks." Spoiler: No, we can't! It's all just... blank. Anyway, here's what was tying up my brain while there was other tying up going on in front of me.