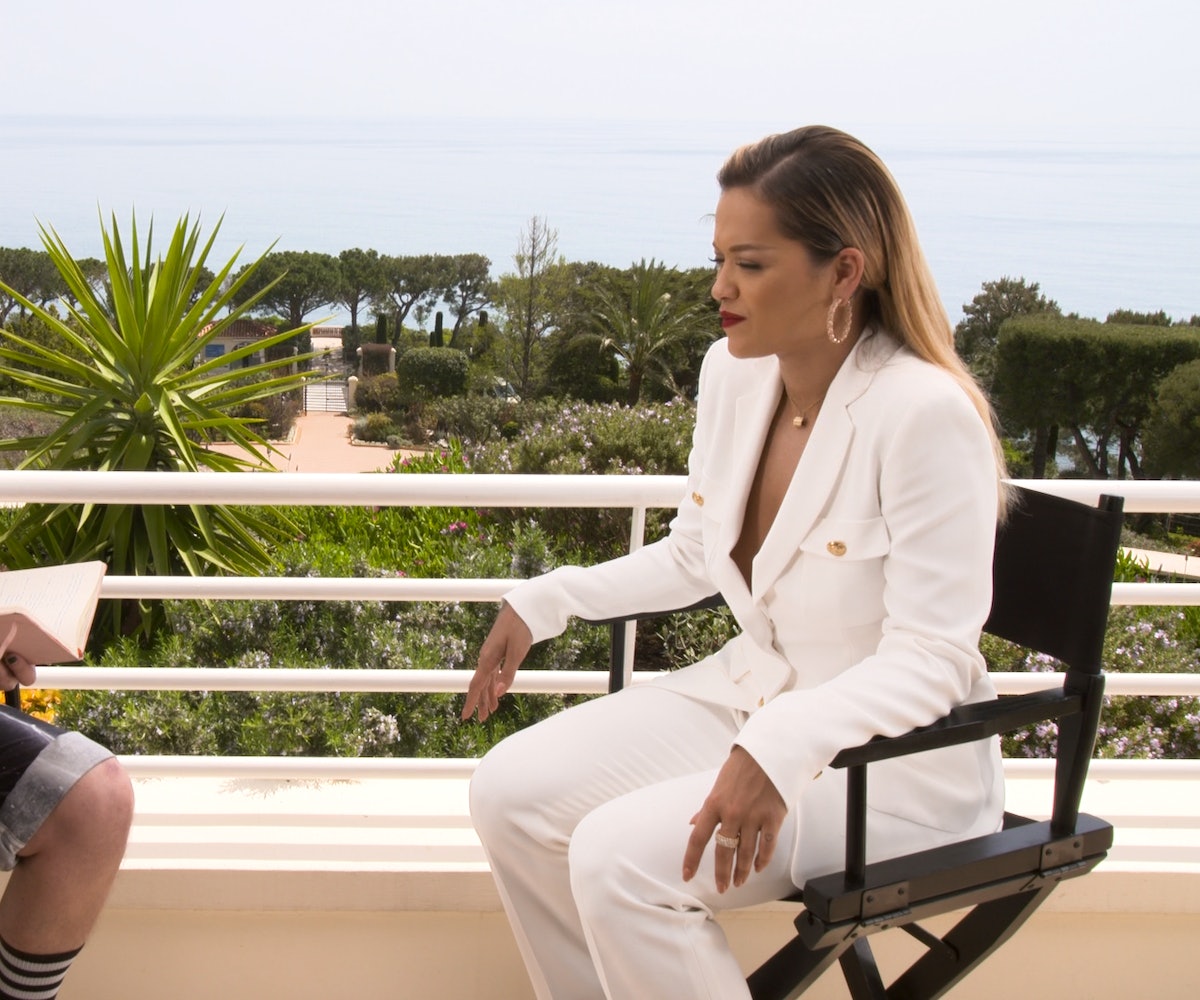 The writing within all three Fifty Shades novels and its "male gaze" companion, Grey, is... an adventure and a half. Sure, sure, you'd expect that to some degree; it's erotica, and so its allusions to knocking boots are always going to be over-the-top. But it's hard to anticipate just how inventive author E.L. James lets herself be. Like, she might be the only writer to ever use the phrase "inner goddess dancing the merengue," and while I don't know exactly what that means, it sure as hell is evocative of... something. Like, is the inner goddess the soul? Libido? Or is it referencing an actual goddess that flowers during moments of lust and intimacy? Who's to say? It probably doesn't matter anyway.

Watching these books come to life on the big screen over the past three years has been a journey through that weirdly worded world. So when it came down to celebrating the final film installment's big digital, Blu-ray, and DVD release with two of its stars, Rita Ora and Eric Johnson, we decided to take it back to the beginning: the books.

The game is simple: I read a series of quotes lifted directly from James' novels, omitting certain words that Ora and Johnson would have to, in turn, guess. Fifty Shades superfans, you've got some celebrity competition here. How many did they guess correctly? How many can you guess? Watch, and play along.

Fifty Shades Freed is now available on Digital and will be available on Blu-ray, DVD, and On Demand as of May 8.