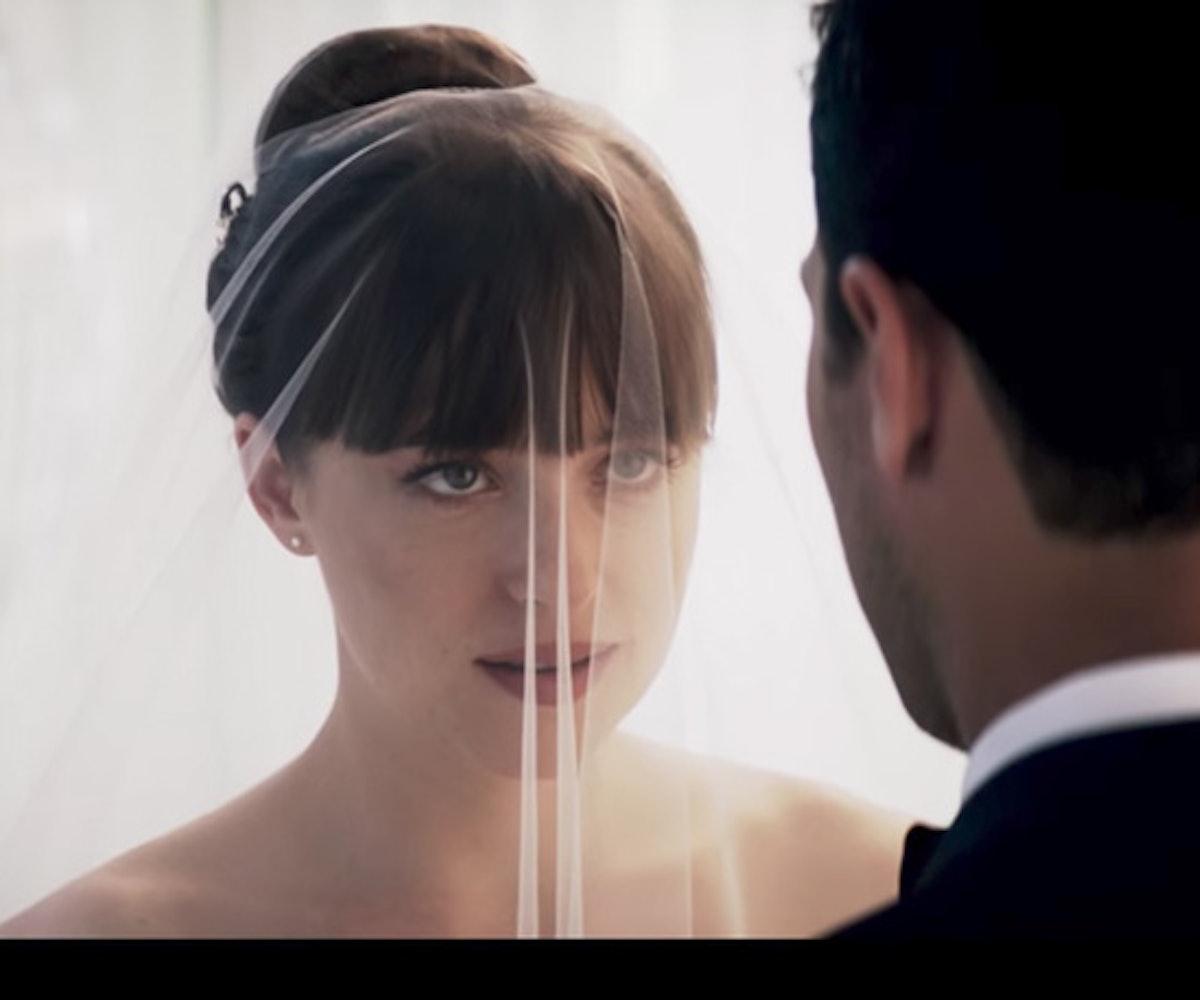 The new trailer for Fifty Shades Freed, the third and final film in the Fifty Shades of Grey trilogy, has been released, and things get complicated for the BDSM-loving couple. In the clip, Anastasia Steele finally locks things down with Christian Grey and the two are married.

Remember when the scariest thing Anastasia encountered was The Red Room?

Watch the new ominous trailer, below.