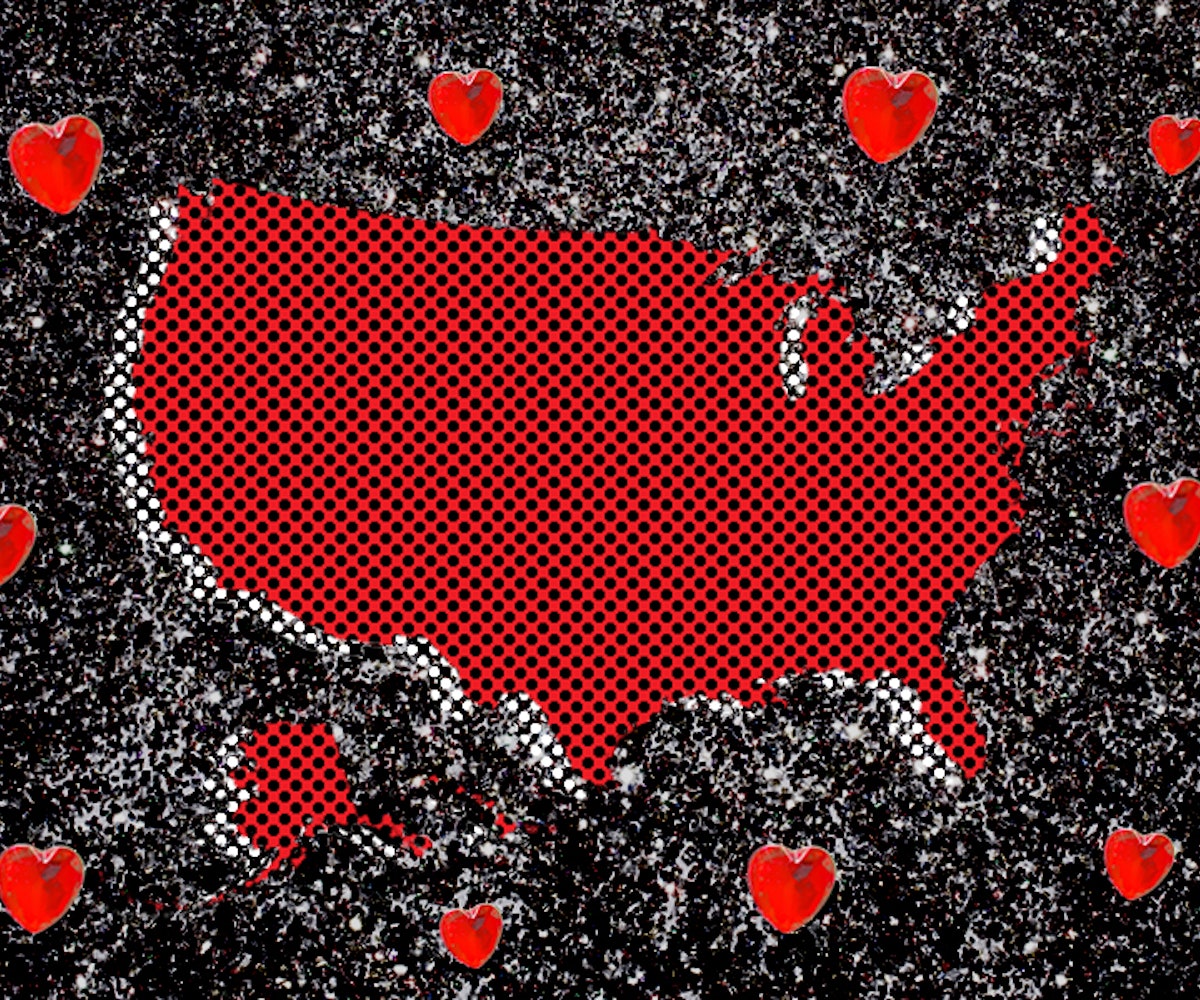 We are officially five days away from the release of what is sure to be the most seminal film of our time, Fifty Shades of Grey. That means that we have five more days to jam pack as many "50 [insert product name/statistic] of Grey" lists down readers' throats. So, here's another one for you.

Online retailer eBay has released a "Fifty States of Grey" list, which ranks the "sexiest" states. (Cue the "oohs" and "ahhs.") And since it's hard to rank "sexiness" on any scale—albeit a large one that encompasses different cities and demographics—this list seems like it's more fun than anything. Especially given the fact that these "findings" are based on the amount of camisoles, chemises, silk robes, flannel pajamas, footed pajamas, and cotton pajamas purchased from the site. All of these items were ranked from "frumpy" to "sexy" and, well, we can only imagine that footy pjs were at the top of the "sexy" spectrum, with lacy bralettes and sheer underwear on the "predominantly frumpy" side. (They probably weren't, though. Our personal preference isn't shared by many.)

Check out the sexiest states list and grey-hued infographic below.