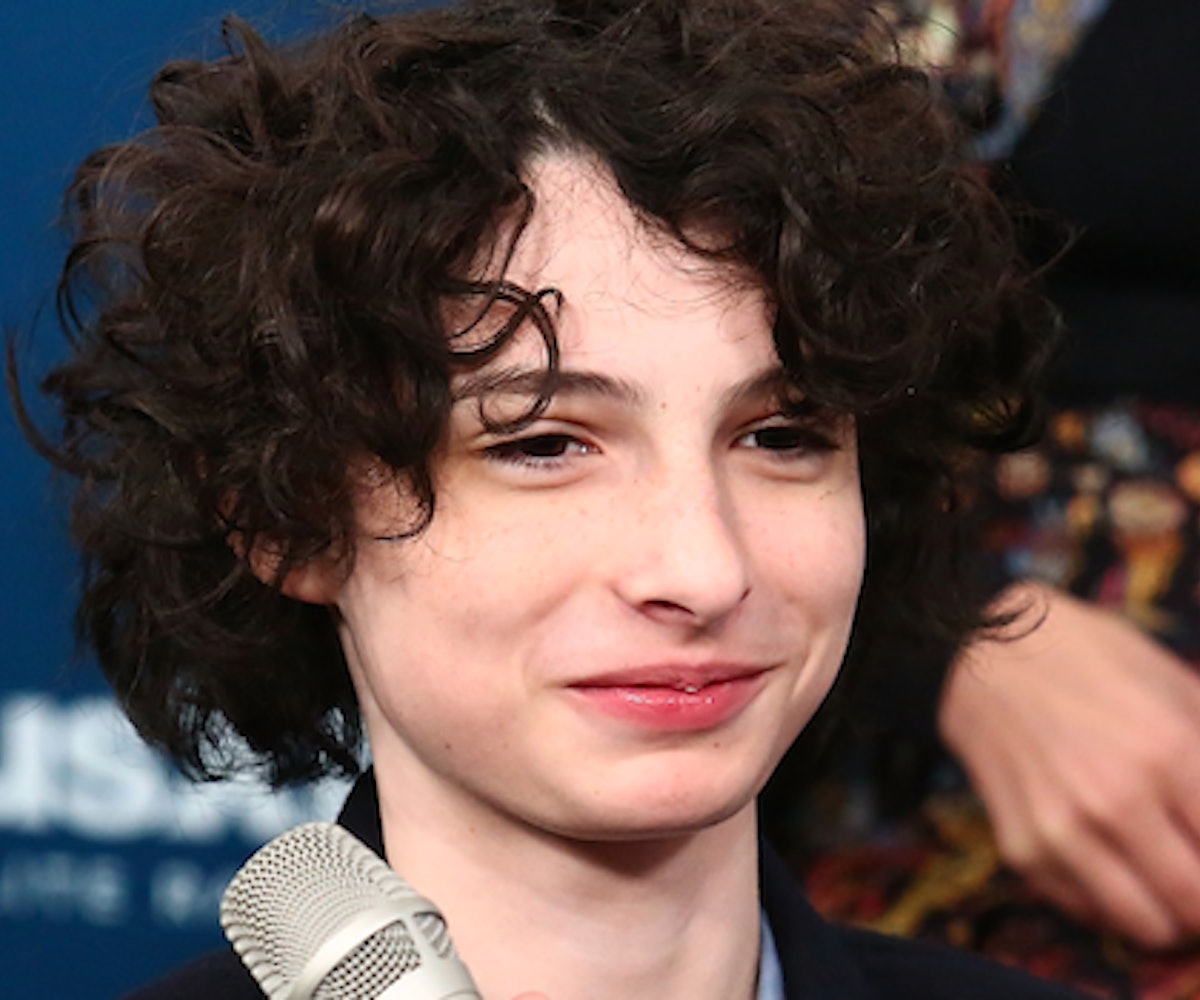 Stranger Things fans, rejoice! The Hollywood Reporter just announced that Finn Wolfhard has been cast in a major role in an upcoming film adaptation of Donna Tartt's Pulitzer Prize-winning novel, The Goldfinch. He will star alongside Ansel Elgort, who was tapped to play the lead character, Theodore Decker, last October.

The first part of the film will follow young Theo as he struggles to cope with the fact that he survived a terrorist attack at New York City's Metropolitan Museum of Art that killed his mother. After coming into possession of a famous painting during the attack, he eventually gets sent to live with his deadbeat father and his girlfriend in Nevada. Wolfhard will play the young version of Boris, a troublemaker who during that time forges a connection with Theo due to their shared experience of losing their mothers and introduces Theo to drugs and alcohol.

Sarah Paulson, Luke Wilson, Jeffrey Wright, and Aneurin Barnard will also have roles in the film.

There's no word on when the film will release, but THR points out that the John Crowley-directed film will begin shooting later this month. In the meantime, I guess we'll all have to re-read the novel to keep our anticipation at bay.