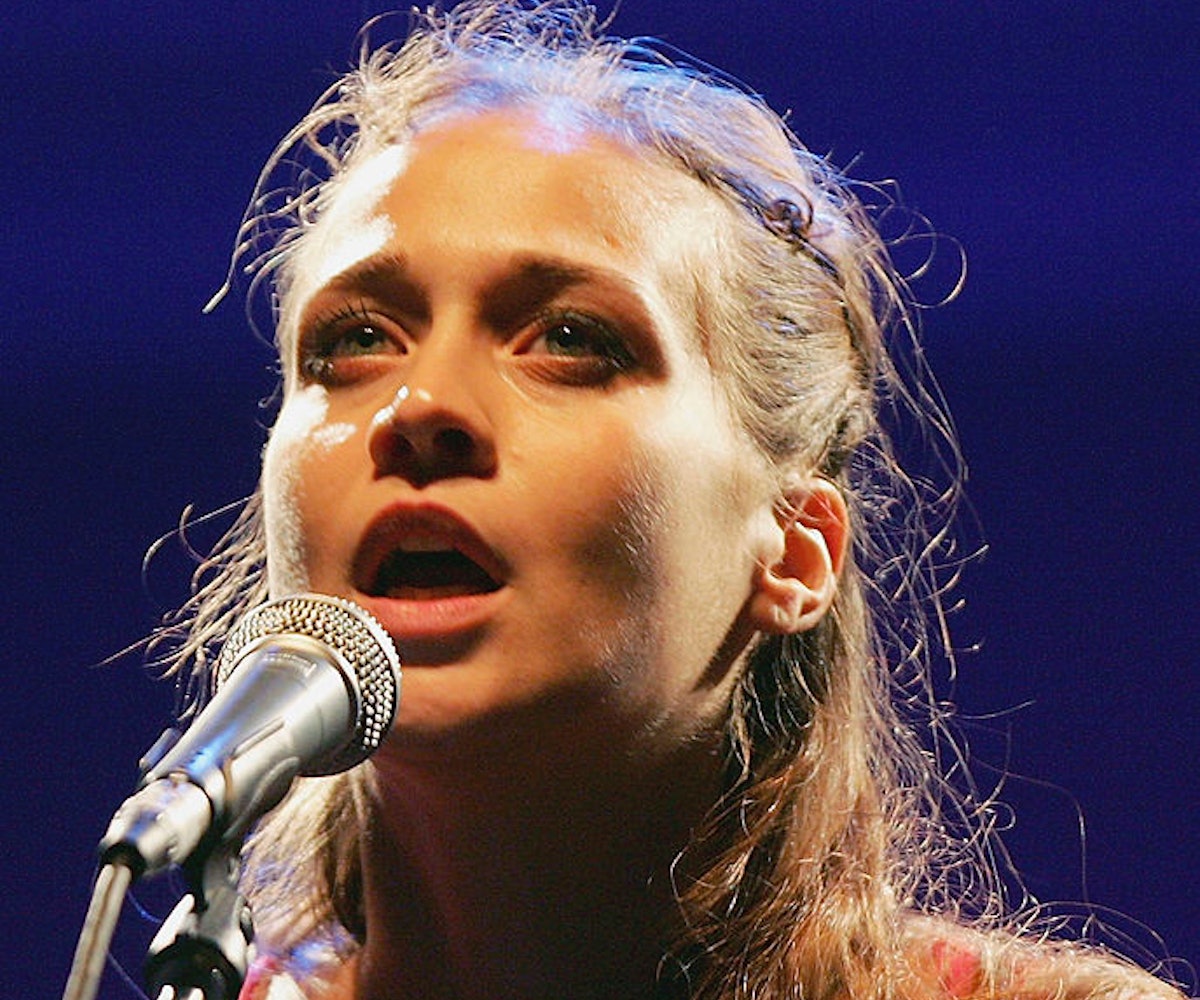 We're big fans of both Fiona Apple and holiday music, so imagine how delighted we were to discover that Fiona Apple has just released a new holiday song. Very! We were very delighted. But we were even more delighted when we heard the song because it's not simply about roasting chestnuts; rather, it's all about roasting Donald Trump—and his nuts. (Ew.)

Apple put the song, titled "The Christmas Song - Trump's Nuts Roasting on an Open Fire," up on her Tumblr yesterday, and it's a riff off of Nat King Cole's classic "The Christmas Song." Apple changed the lyrics to the original so that it morphs into a dystopic holiday tune. She references Trump's racism, entitlement, and whole "creepy uncle" aura, and ends with an emphatic "fuck you" directed right toward the President-elect himself. Count the L.A.-based Apple as one of the many New York City natives (and millions upon millions of Americans) who just can't stand the man.

Read Apple's full song lyrics and listen to the song below. And, you know, feel grateful to be able to add this to your holiday party playlist. We definitely will.

as he keeps nipping at his foes.

every time he arrives

for he keeps clawing at your clothes

everybody knows some money and entitlement

can help to make the season white

mothers of color with their kids out of sight

will find it hard to sleep at night.

They know that truuump is on his way.

and every working man is going to cry

although it’s been said many times, many ways

Merry Christmas to you

Listen to the full song here.