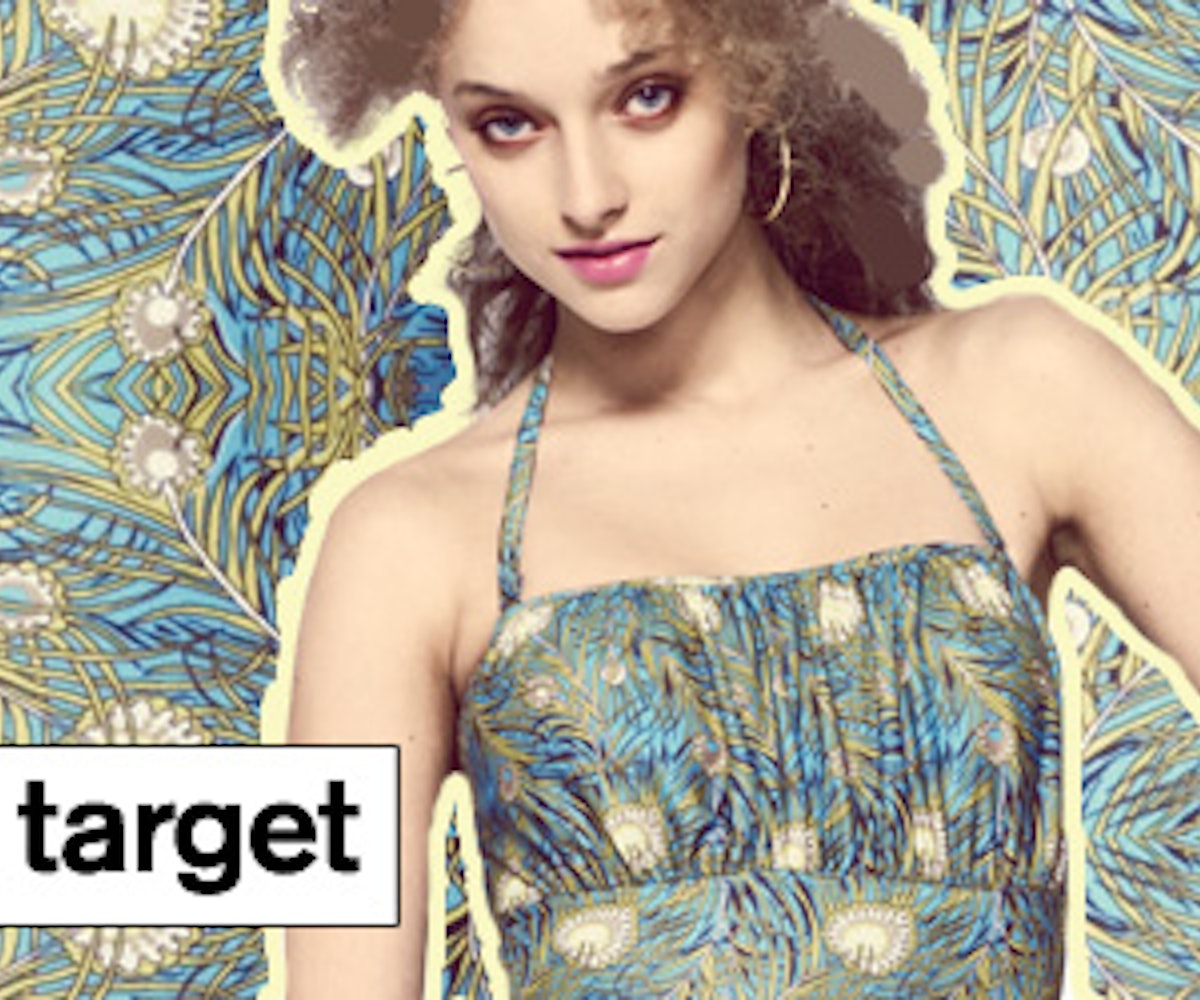 Jean Paul Gaultier might be getting all the hype, but there's another Target invasion hitting stores next week that's worth your attention. Hailing from London, it's a collection from Liberty & Co. that sends dresses, swimsuits, teapots, and even bikes across the pond.

Called Liberty x Target, the range boasts Liberty's famous floral prints - first used as part of the Art Nouveau movement in the late 19th century - and slaps them on basically everything.  That means you can get a Liberty bikini, a Liberty piggy bank, and a pair of Liberty rain boots, all for under $50.

Besides getting a cute look for Spring, you'll be part of a major fashion tradition - Twiggy, Jean Shrimpton, Kate Moss, and Lily Cole have all donned this stuff in the past.

Plus: Fred Perry has a Liberty collabo, too!