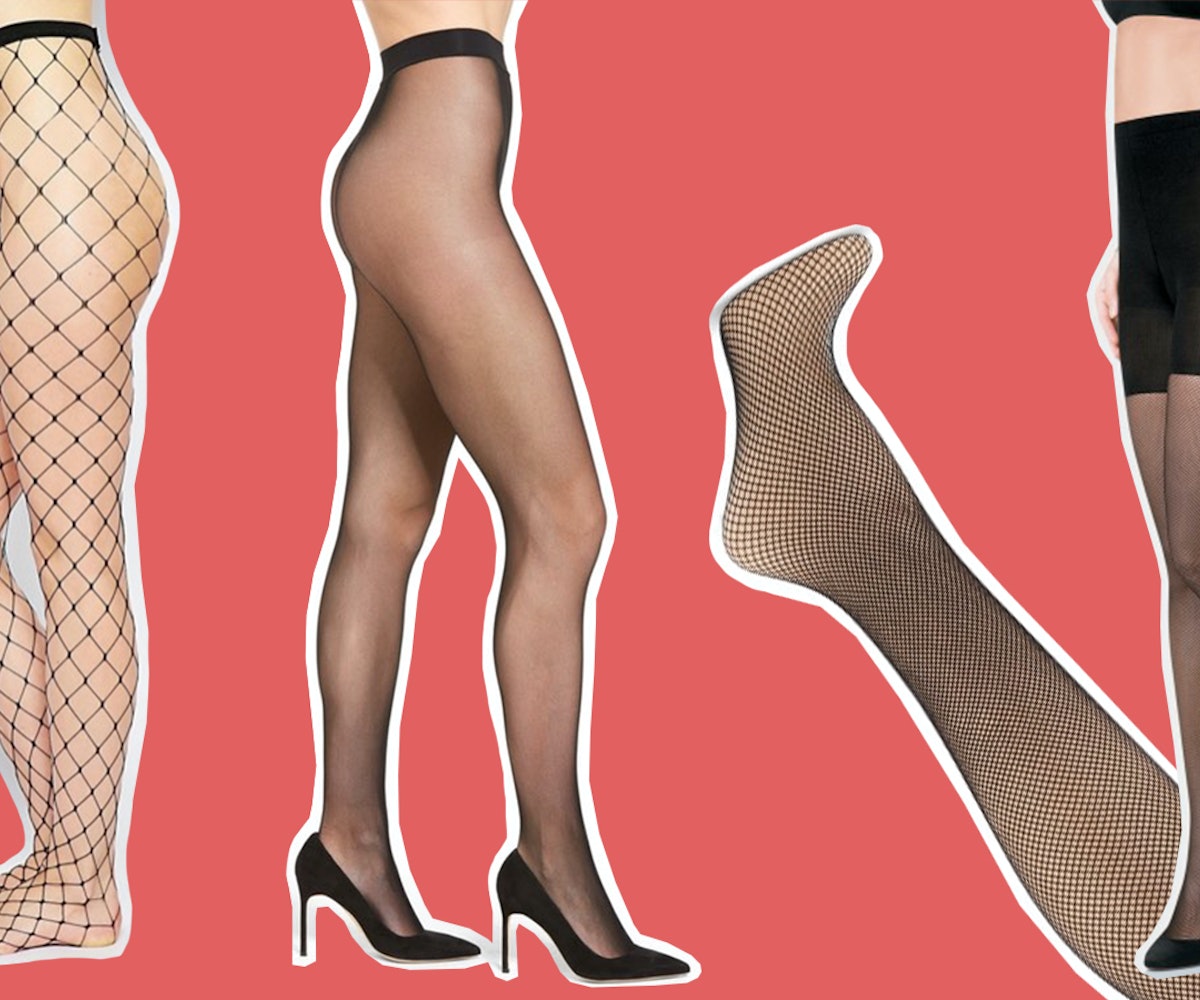 It really is baffling. Once a product of any kind makes its way to Kim's, Kendall's, or Kylie’s social media, it’s like it never existed before that moment. Such is the life when you influence for a living. Heck, I even bought into the fad by buying my own pair of fishnets. My first ever, I should probably add. My experience was less than great (more on that later), but, in rightful Carrie Bradshaw fashion, I couldn’t help but wonder if that was due to the type of fishnets I purchased rather than my inability to accept that anything a Kardashian endorses is cool.

Thus spawned my journey toward discovering fishnet nirvana. Over the weeks, I’ve tested out five different pairs from five different brands to see which ones are worth your money, time, and effort trying to figure out what to wear them with. Ranked from least to most favorite, check out my findings ahead.

The Beyoncé-Approved PairIn a story published last month, Racked reported that Beyoncé’s backup dancers (and one can assume Beyoncé herself) wear fishnet tights during performances. Sometimes, up to four pairs?! “You have to keep it all supported,” the singer told The View. The brand of choice, according to Ashley Everett, Beyoncé’s dance captain, is Capezio. So, one of the first pairs I tried was, naturally, Capezio.

And let me just say, I was not impressed. (Sorry, B!) The fabric of the pair I tried was, bizarrely, very itchy and definitely ran on the smaller side. I was left with deeper rivets in my skin than usual. They’re definitely not horrible, they seem very durable and unlikely to tear, but for something with the Queen’s stamp of approval, I was expecting more.

Costume designer An Senofonte said about the brand: “Capezio fishnets are like the Spanx of fishnets. You really feel them on your legs, kind of pulling everything in.” Funny she should mention Spanx because…

The Night Out PairIn my findings, Spanx fishnets are the Spanx of fishnets. Yep, the brand has its own version of the style. Maybe someone should tell Beyoncè? Kidding! She probably already knows. And, yes, they do suck everything in pretty firmly. This was another first for me: trying out Spanx. And I understand the hype now! Although, I made the mistake of wearing them under a pair of jeans rather than, say, a dress where I would’ve benefited more from its figure forming capabilities. One thing worth noting is that the top portion includes the body shaper, which means you can’t do the very Kardashian thing of pulling the waistband over your jeans. Well, you can, but it won’t look nearly as trendy.

The Kardashian PairSpeaking of, that brings us to the pair I hinted at earlier. Like I mentioned, they’re absolutely not my favorite of the bunch. Some faults lie in the fact that it is a sprint to merely get them on. Since the diamonds are so large, they’re exponentially harder to navigate your legs and feet into (it took me a good five minutes). They also tangle very easily. This is true for all fishnets, but the unraveling process for these bad boys is perhaps more frustrating than tangled headphones.

But! If the oversized look is what you’re gunning for, these are the gold standard. The exaggerated size of the style is perfect for wearing under cropped or ripped jeans, and the Kewl Kardashian factor (ugh) outweighs the inconvenience. These ASOS ones are sold out (which speaks to their popularity), but you can find similar versions here, here, or here.

The Cheap In Price But Good In Quality PairI would just like to get this out of the way and ask: Can we please do away with the white cardboard squares most brands include with their tights? I’ve never understood their full function, and they become even more burdensome with fishnets when 80 percent of wearing the style is trying not to tear them.

Anyway, you’d be wrong to write off convenience stores like CVS, Walgreens, or Duane Reade for your hosiery needs because, often, they have both good and affordable pairs. The proof is in Walgreen’s West Loop fishnets.

For the cheapest pair on the list, they definitely provide a more than average experience. The mesh is a bit finer than others, but I’ve managed to go through several wears without any tears. Plus, they look just as good style-wise as the others on the list.

One thing I did find weird with this particular pair is that there’s an outline of panties around the crotch area. I’m not sure if that’s an invitation to go commando while wearing them, but I wouldn’t recommend.

The Holy-Grail PairI saved the best for last, and I’m not being dramatic when I emphasize the fact that these are the best—and my favorite—of the bunch. The first outlier you’ll notice about these DKNY micro fishnets is the fabric. They’re, like, soft. Which isn’t something I thought fishnets could be until these came into my life.

The website notes that they’re made up of nylon and spandex, the two fabrics that all of the other tights are composed of, also. But DKNY’s have a sweater-like feel to them that makes them a wee bit warmer than the others (a blessing given how exposed your legs are when wearing fishnets of any kind). They also have an under-sock lining for your feet, something I also had never witnessed before and didn’t realize I needed until I was presented with it. It’s the little things, really. Lastly, at no point, did I feel like I was at risk of tearing or poking them with my nails throughout the day.

I’ll probably take a break from wearing fishnets of any kind after this brief experimental phase, but when I'm ready to hop back on the bandwagon, these will be the first ones I grab. They’ve made a convert out of little ol’ skeptical me.