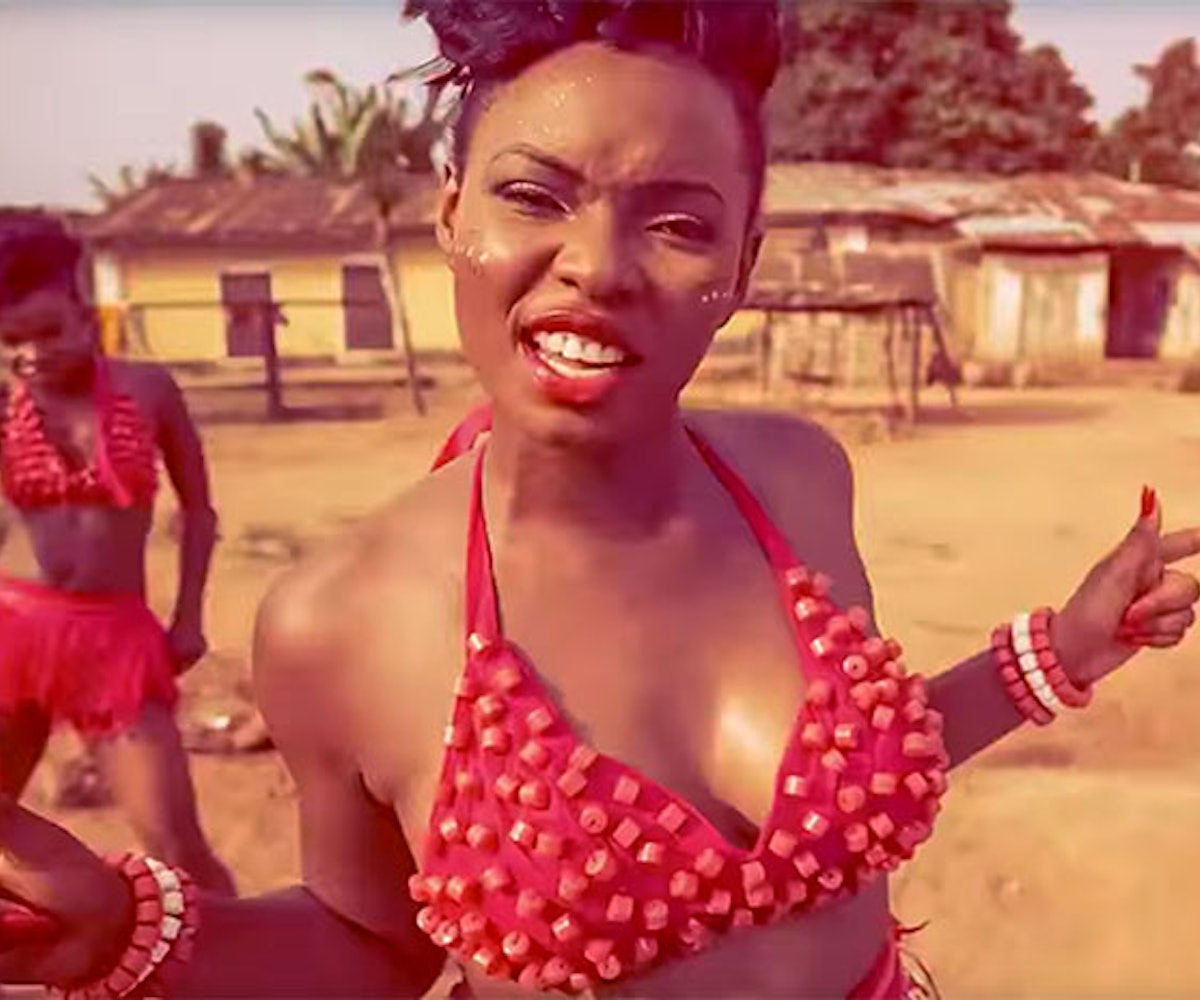 If your music library has been feeling drab lately, maybe it’s high time to switch things up with a different genre—say, Afrobeats, perhaps? It’s a style of African pop music that originated in Ghana and has transformed to incorporate Nigerian fuji and juju music, Jamaican dancehall and reggae, hip-hop, and R&B. Even though Afrobeats has been getting some shine in the States for a couple of years now, it seems like most of the artists in the spotlight are male, like Wizkid, whose “Ojuelegba” got a blessed with a remix by grimes artist Skepta and none other than the 6 God. So, to give you a primer on the scene while giving the ladies the emphasis they deserve, we’ve compiled some of the most popular tracks by the five female Afrobeats artists you need to know. Click through the gallery to get your dance on.

Arguably the biggest female artist in Nigeria, Tiwa Savage actually got her start as a backup singer and songwriter for American artists like Mary J. Blige, Whitney Houston, and George Michael before signing to Mavin Records, one of the most major Afrobeats labels in the country. With her angelic voice, and as the first female African artist to have a Pepsi endorsement, she’s basically the Beyoncé of West Africa.

2010’s “Fimisile” marked Yemi Alade’s debut, but it wasn’t until she released “Johnny” in 2014 that she truly shot to stardom. The video shows a television host and a group of women hunting down an unfaithful boyfriend à la Cheaters, with interludes of Alade dancing along to the catchy beat—it’s no wonder she was the most-viewed female African artist on YouTube last year.

Lola Rae was actually discovered as a member of dance group Myztikal on Britain’s Got Talent, where she caught the eye of none other than Simon Cowell—not an easy feat, in the least. She then ventured out on her own with her hit single “Watch My Ting Go,” which showed off her choreo skills and sultry voice, and it’s all been going uphill from there.

Like Lola Rae, Omawumi’s career started in the competition show circuit: Her huge voice and personality helped her become the first runner-up on Idols West Africa, the Nigerian-based version of American Idol that aired in 2007, and has contributed to her success ever since.

Seyi Shay got an early start as a songwriter, having written for the likes of Melanie C (a.k.a., Sporty Spice), and as a member of a girl group, Boadicea. Her career started to take off when she won a spot in another group, From Above, which was managed by Mathew Knowles, toured with Diddy and Beyoncé, and had a chart-topping album in the U.K. Now, as a solo artist, it’s easy to see how she’s had such major crossover success.

Mafikizolo is actually a duo comprised of Theo Kgosinkwe and Nhlanhla Nciza. But when you consider that Nciza’s heavenly vocals helped the group to put South Africa on the map with platinum-selling albums and notable features like this one with award-winning Davido, they’re worth a spot on the list of Afrobeat artists to know.