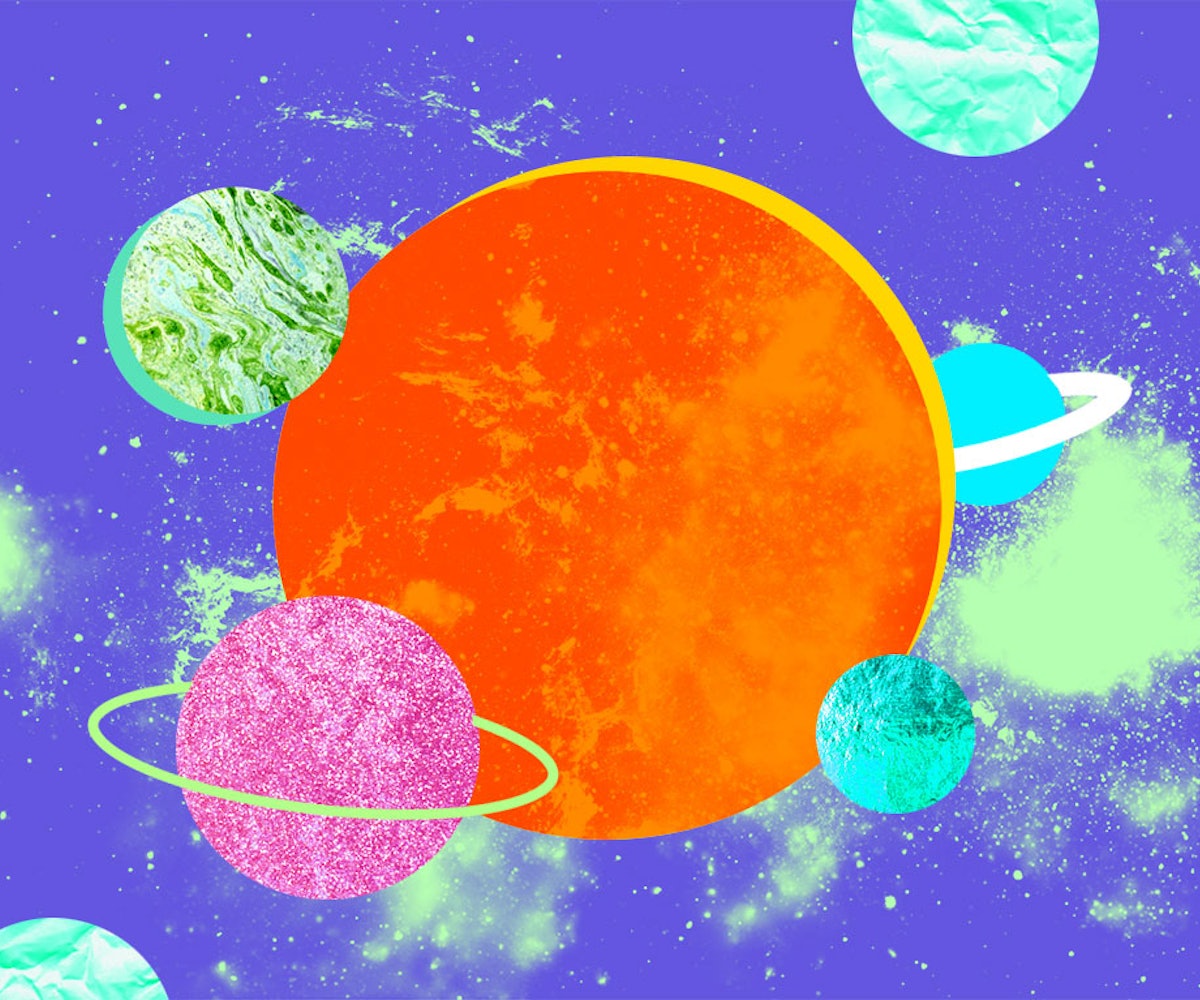 Because 2016 wasn’t already off to a totally bizarre start, us Earthlings will be treated to a rare cosmic show that hasn’t come around in two years. Beginning tonight in the late January skies, you’ll be able to spot five planets—Mercury, Venus, Mars, Jupiter, and Saturn—which will appear lined up in a row. You won’t need a telescope, either; if there are clear skies, you’ll be able to gaze at these five celestial beauties with the naked eye. Even better, this astronomical phenomenon will last until February 20, so you’ll likely have multiple opportunities to take in the view.

Though your mind may spring to virgin sacrifice and doomsday prepping, things couldn’t be more chill, astrologically. Over the past month, each of the five planets aligning tonight has had their own agendas for each of the individual signs. While Mercury, Venus, Mars, Jupiter, and Saturn dance a kick line through the cosmos, harmony between the planets increases, soothing the fraught energy we’ve all been feeling these past weeks. Nobody will be granted immediate relief from January’s heavy electric current, but it’s a start.

After the 20th when the sun moves into spunky air sign Aquarius, you’ll easily make time for anything pleasurable, or prioritize enjoyable work assignments over “un-fun” ones throughout February. This energy will increase quickly over the next three days, crescendoing when the moon waxes into a Leo full moon on January 23. But the warmth that full moon generates for those five aligned planets will stick around steadily until there are planetary shifts on February 20. The heavy sense of duty—or even the doldrums—you’ve been feeling in the first weeks of 2016 will lift, and urge you to not take things so seriously.

Temperamental Mercury will finally move out of retrograde and back into its stationed forward motion on January 25. Mercury, Venus, Mars, Jupiter, and Saturn all aligning (January 20), the sun moving into Aquarius (also January 20), the Leo full moon (January 23), and Mercury going direct (January 25)—will all likely shine a light on a part of your life you’ve been either neglecting or harboring secrets (or freaky fantasies) about.

Mercury is known for being quick-witted and sometimes impulsive, and his quick change in direction could inspire you to express yourself in some unexpected ways. Is it possible that you could speak up to your boss about diversifying your assignments to keep you more interested? Could your S.O. bring home a ball gag for Valentine’s Day? Or can you expect to hear some of your best friend’s most shocking secrets after sharing a tearful three or four bottles of wine? Yes.

The astrological atmosphere isn’t just whipping out flashlights on the shadowy parts of your life for the hell of it; the cosmos are positioned in patterns that make it easy, fun, and cleansing to express yourself in the coming weeks. Each of us has a primal urge to seek out like-minded people now that will nurture our growth. Simply, we crave understanding, and won’t mind doing a few playful backbends to find it.