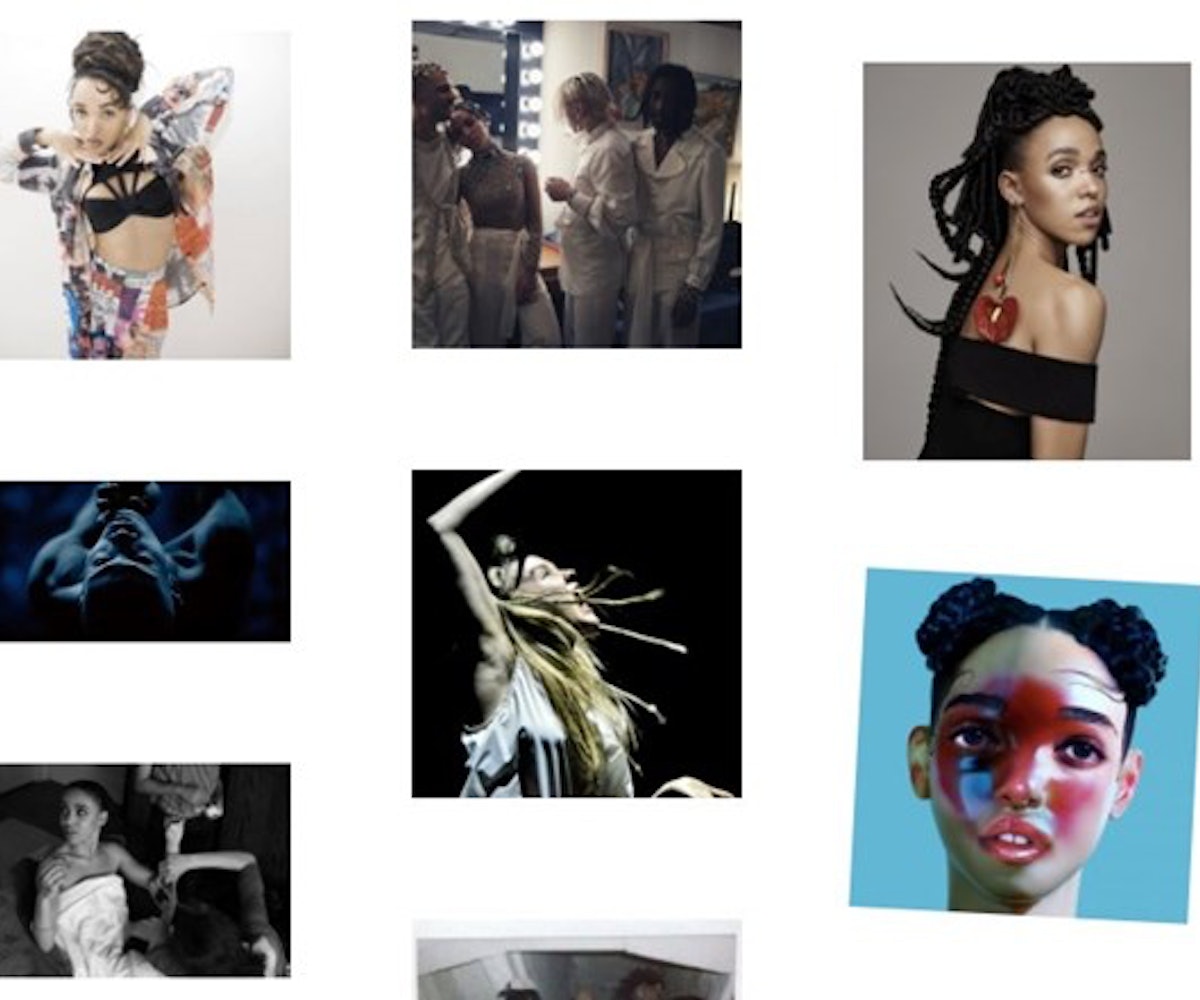 Given that FKA twigs is an extremely private person, we're grateful for any glimpse that we get into her mysterious life. Recently, twigs announced the release of an archive of "unseen work" created in-between projects. The portfolio is hosted on twigs' brand-new website which was executed by International Magic and Matthew Stone.

The collection contains everything from photos and videos to merchandise. In a post on Instagram, twigs described the whole site as "a creative project in itself" that she hopes viewers will use to explore. This rollout follows the release of twigs' short documentary on her Baltimore dance workshop and her feature film Soundtrack 7.

We're still waiting for another full-length album, but we'll take what we can get for now. Any access to twigs' world is valuable no matter the format. See the site for yourself right here.