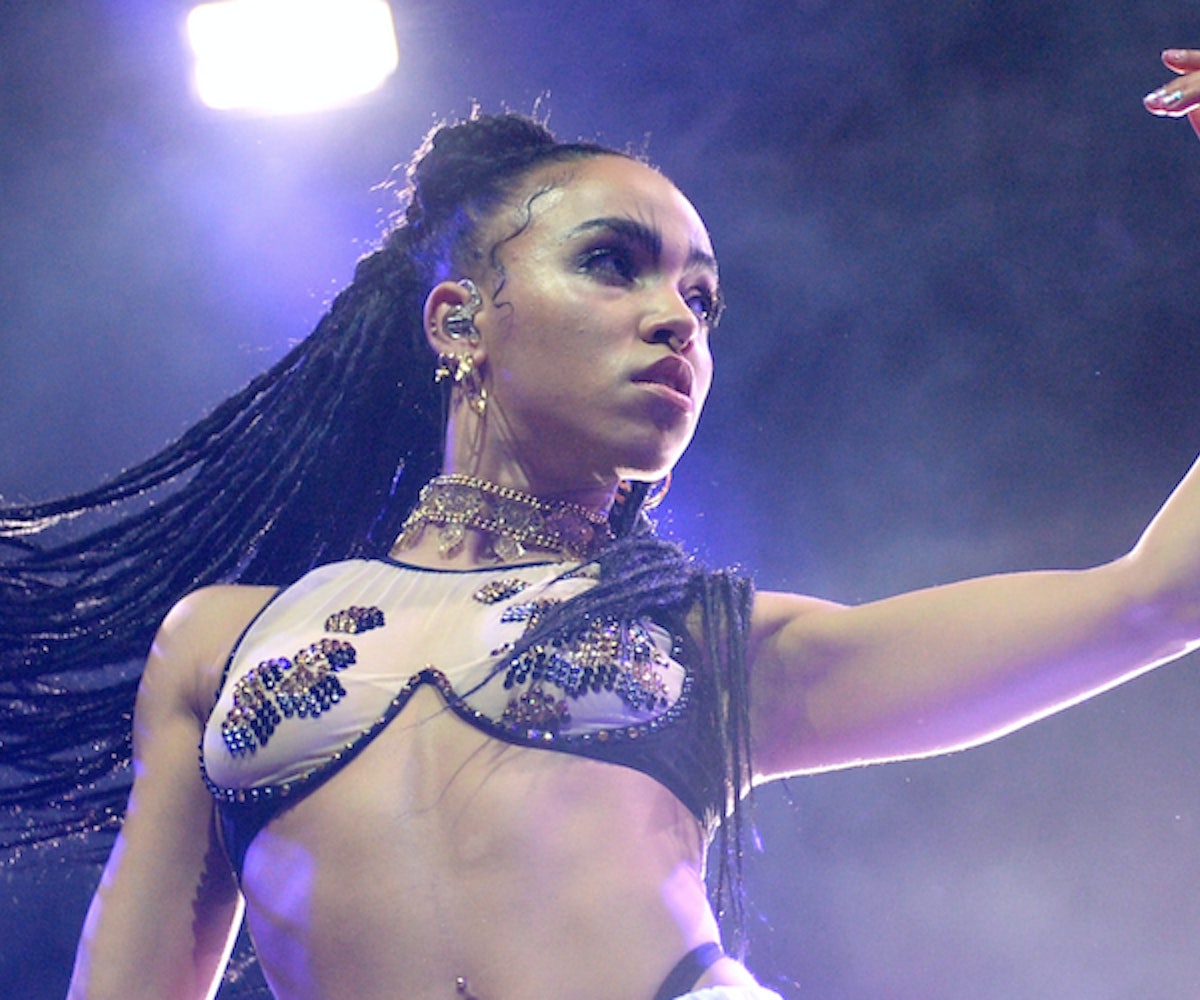 FKA twigs may be gearing up for her first feature film debut.

Reports are now indicating that the artist will be starring in Shia LaBeouf's upcoming film, Honey Boy, after she made an appearance on the film's L.A. set yesterday. Previously, the singer starred in a Spike Jonze-directed Apple commercial, a dance documentary, a conceptual short for Google Glass, and her own 17-minute short film for M3LL155X.

In March, it was reported that the film would center around LaBeouf's tumultuous relationship with his father during two stages in his life: as a young boy starting out as an actor and a young man with a promising career. LaBeouf, who is portraying his father for the project, has spoken about his relationship with him in past interviews, citing that his father shared drugs with him when he was just 10-years-old. “When you’re 10 years old and watch your father going through heroin withdrawals, you grow up real fast," he told the Orange County Register in 2007. “You become the parent in the relationship. But I must give him credit because he always told me that he didn’t want me to be like him.”

Lady Bird's Lucas Hedges will portray LaBeouf in the film. Per the film's IMDb page, Natasha Lyonne, Maika Monroe, and Clifton Collins Jr. (with no mention of twigs) will also star in the film, which currently has no release date tied to it.