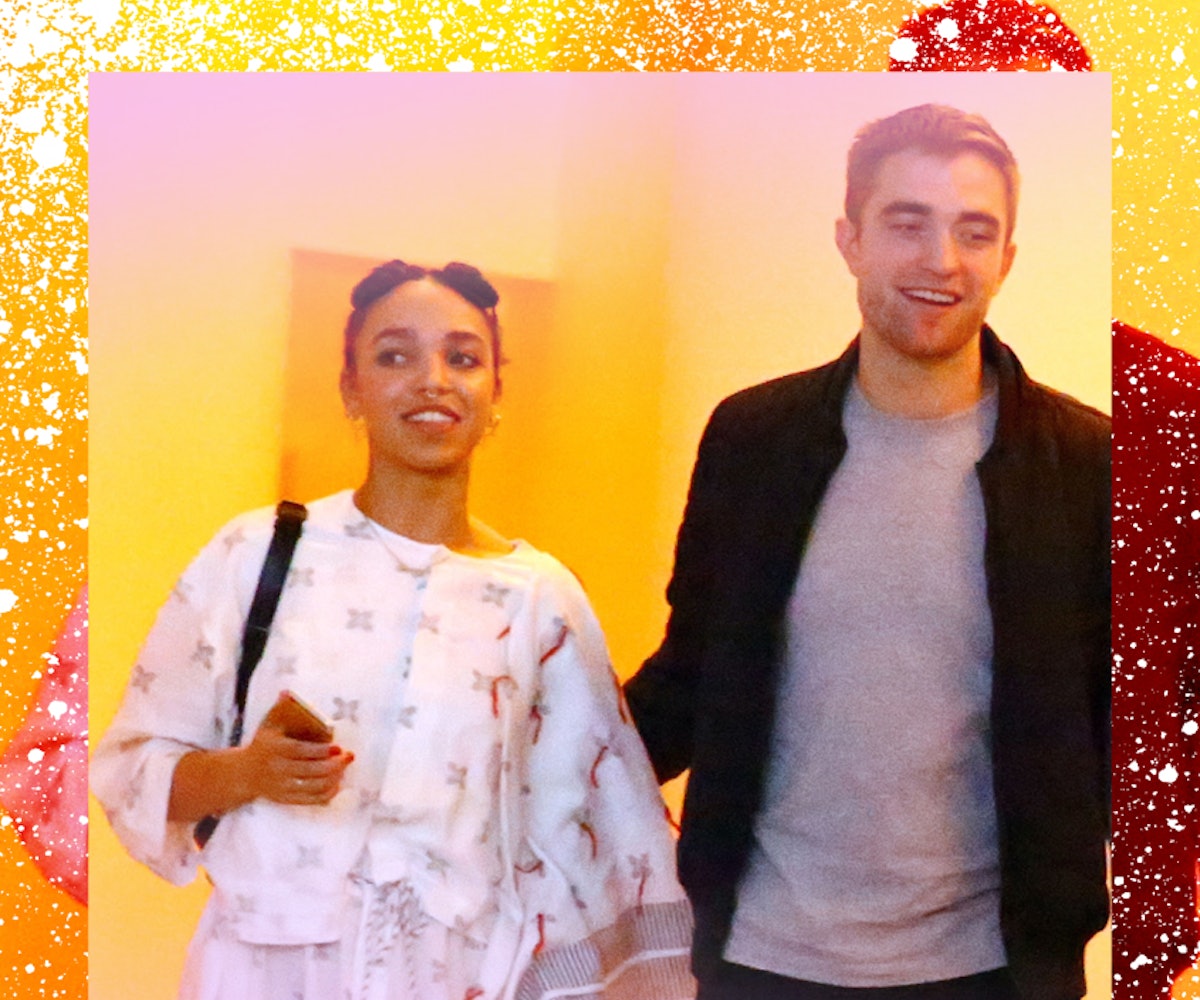 FKA Twigs and Robert Pattinson have officially taken their relationship to the next level—you know, the meet-the-parents level. After pursuing the kind of relationship that indie romance films are made of—hitting up hazy Parisian clubs, attending comedy shows together in L.A., and strolling the streets of New York—the couple headed over to London for the holidays, spending some time with the Pattinson family before heading to a nightclub on New Year's Eve.

An unnamed family friend told the Daily Mail that "FKA is not as clean-cut [as Pattinson's ex Kristen Stewart], but that makes her more fun, and Robert can get very serious." (After watching the Twilight series, we would have to simultaneously agree and disagree with this statement.) And despite her delightful strangeness (one we wish we could adopt ourselves), Pattinson's parents loved her. Obviously.