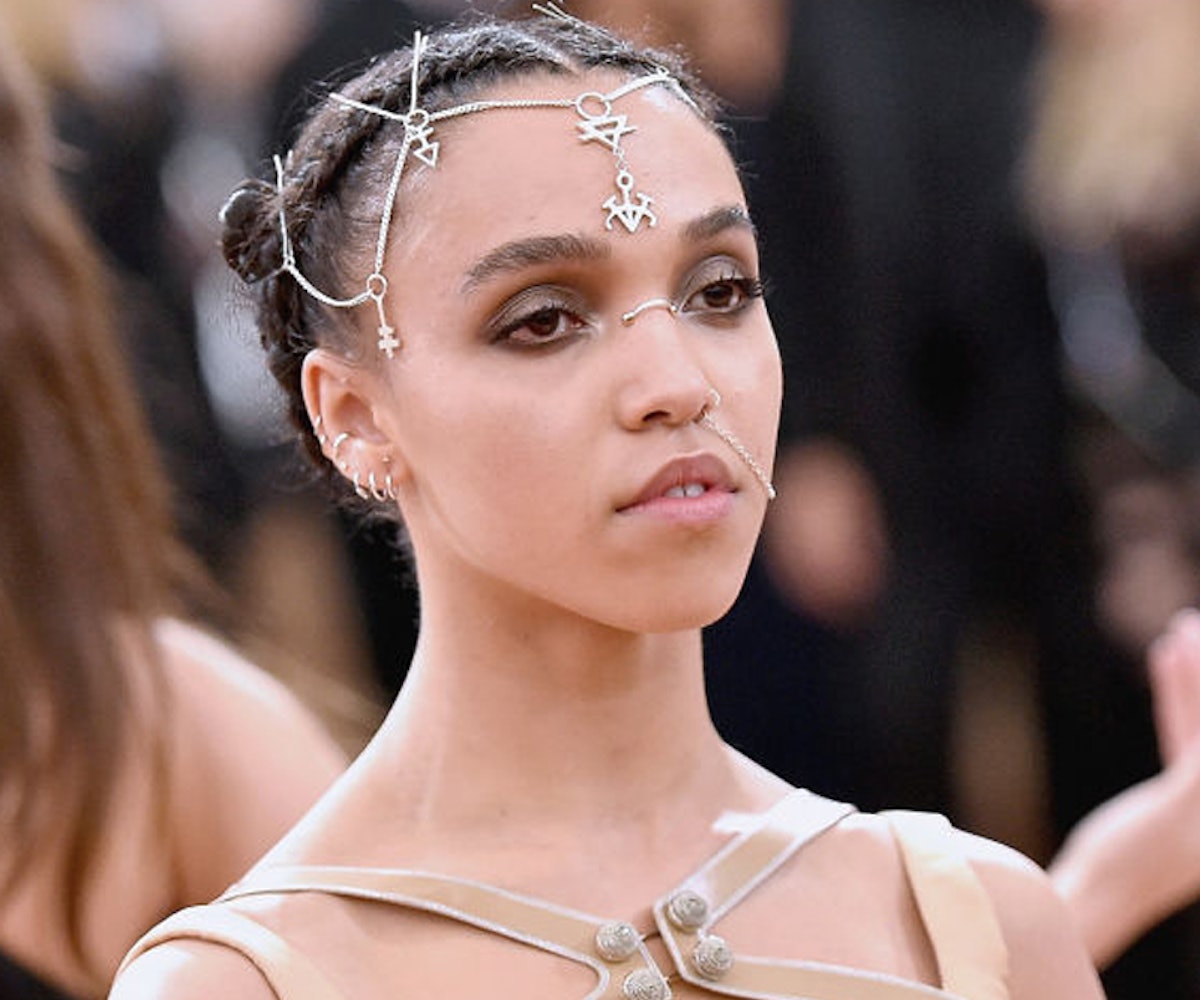 FKA twigs dropped three new untitled songs at the first performance of her visual media and music stage show, Radiant Me², in Moscow over the weekend. The singer debuted the impressive spectacle at Russia’s Lastochka Festival, and will perform it again six more times over the course of the summer, in cities like Toronto, Chicago, and New York.

This was twigs’ first performance in Moscow, and she was “proud and excited” to debut her new show there. "Thank you Москва that was fun! come see us perform Radiant Me² this summer," she tweeted afterward.

As for the previously unheard tracks, no word yet on whether they'll appear on the hugely anticipated follow-up to her brilliant debut studio album, LP1. Since then, twigs has released the equally impressive M3LL155X EP, and the one-off single "Good To Love," which she premiered in February. Little is known about her next studio album, and Twigs has remained mostly quiet on the subject. But, the new music, which was captured by fans and plastered all over social media, is a sign that her second proper album may arrive sooner than expected.

NEXT UP
NYLON Nights
Yunè Pinku's Party Playlist Is An Ethereal Pop Fantasia
Entertainment
Chloe's "Pray It Away" & 9 Other New Songs Out This Week
Entertainment
Kali Uchis' "I Wish You Roses" & 9 Other New Songs Out This Week
Nylon Nights
Latto Gets Ready for Spotify’s Best New Artist Grammys Party
Style + Culture, delivered straight to your inbox.