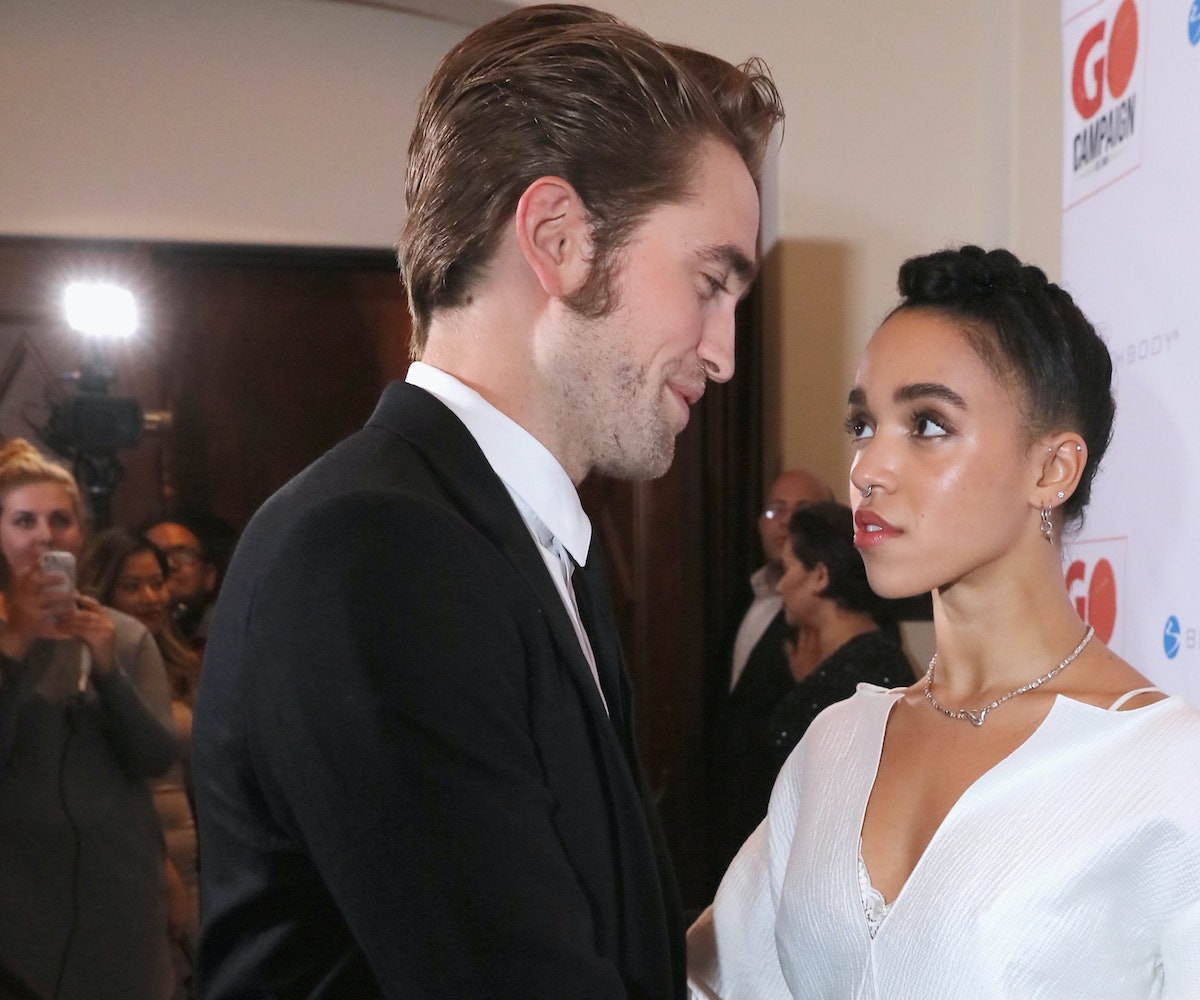 When we last left cool couple FKA twigs and Robert Pattinson, it seemed they were in a state of crisis and perhaps even broken up. Reports had the two calling off their wedding and, possibly, going their separate ways. Well, hold up on the tears for a second, because other, newer reports are countering the news.

The redoubtable Perez Hilton has forwarded accounts suggesting that the two are still an item, having been spotted at Heathrow Airport together last weekend and walking their dog the weekend before. Perez Hilton also supplied a few Instagram snaps taken by a fan at a performance of the play "Doctor Faustus" in London as proof that the couple is still coupling.

So what does it all mean? Did the two actually call off their wedding fully or is it just postponed? For that matter, is there any truth to the reports of their wedding being called off in the first place? Characteristically, the very private couple remains mum on the subject, which is totally understandable. Still, it’s nice to hear that their supposed “troubles” may just be us in the media getting things wrong. As we said, fingers crossed.